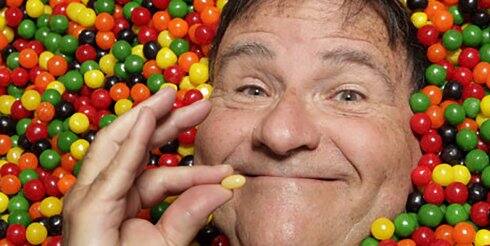 Step aside, Willy Wonka. There’s a new candyman in town.

David Klein, founder of Jelly Belly jelly beans and Tricky Treasures, has launched a nationwide treasure hunt for the chance to win a candy factory, according to a press release.

The winner also will receive an education in candy making and a free trip.

But before the ultimate prize is given away, scavenger hunts to find golden tickets similar to “Willy Wonka & the Chocolate Factory” will take place in each state. Participants must buy clues that cost $49.98 that lead to the golden tickets, which come in the form of a necklace with a verification code.

Winners of each state’s treasure hunt will receive $5,000, and all participants are eligible to enter the treasure hunt for the candy factory.

The number of participants is limited to 1,000, and clues already have sold out in California and Florida, ABC7 reported.

The Jelly Belly factory in Fairfield will not be given away as the ultimate prize. Klein has not been associated with Jelly Belly since 1980, when the company acquired the trademark, according to a statement from Jelly Belly.

Klein, who is preparing to retire, said he wanted to give back before he leaves the candy industry.

“With The Gold Ticket Treasure hunt, our goal is to get people out and about with their families. Grandma and Grandpa can even join with the kids and grandkids,” Klein said in the press release.

For more information on The Gold Ticket hunt, visit thegoldticket.com/how-to-play.