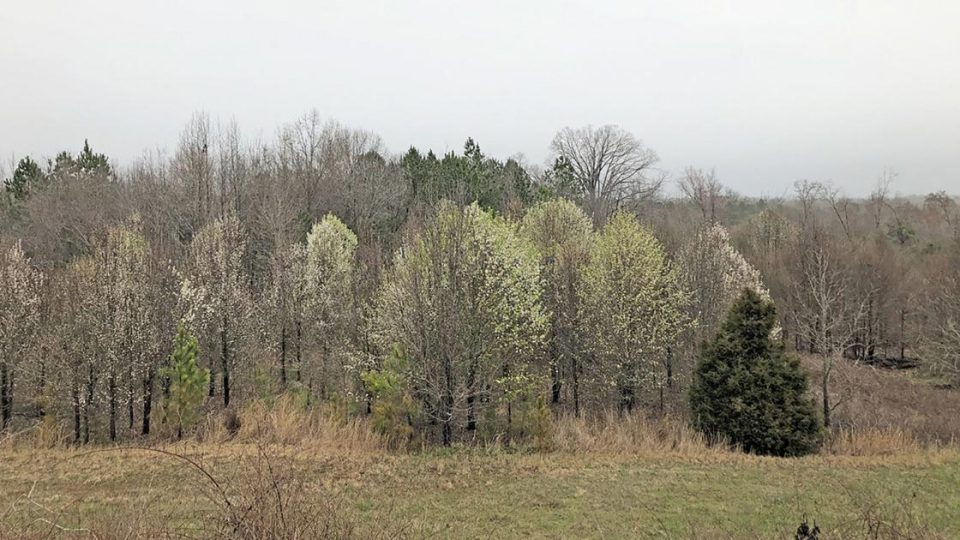 CLEMSON, S.C. — Invasive species are detrimental to ecological systems and a Clemson University forestry expert says National Invasive Species Awareness Week is a perfect time to learn how to manage these invaders.

National Invasive Species Awareness Week started Saturday and ends May 23. David Coyle, a Clemson assistant professor in the Department of Forestry and Environmental Conservation as well as president of the North American Invasive Species Management Association, says invasive species of both plants and insects are among the greatest dangers to our native habitats and their inhabitants.

Invasive species are best managed by preventing their presence in a habitat or on landscape. When prevention is no longer an option, actions must be taken to eradicate, reduce, or manage them. Invasive plant species can easily grow, adapt and encompass large areas resulting in decreased plant biodiversity and posing a threat to the integrity of the ecosystems. These species compete for moisture, sunlight, nutrients and space, contributing to the decline of 42% of endangered and threatened species in the United States. More than 100 million acres in the United States are affected by invasive plant species.

“Cogongrass is another species we’re keeping our eyes on,” Coyle said. “We have limited infestations and we don’t want it to grow out of control.”

Managing invasive plants often comes down to using herbicides or physically reducing the spread of the plant. Sometimes, management involves “not planting it in the first place,” such as with Bradford pear trees.

For invasive insects, diseases, fungi and the like, Coyle said, it’s “pretty much” the same, but emphasis should be on not moving host material coupled with proper and effective monitoring.

“First we have to know where the insect or pathogen is, then we can determine how to manage it on a local level,” Coyle said. “Programs that survey for pests at the border and/or ports are invaluable, as they really do represent our first line of defense against invasive species.”

Insects and fungi nearly always arrive to a country by accident on commodities or shipping material. Unless controlled, invasive fungi, insects and plants can create major ecological and economic damage. At the state level, the Invasive Species Program in Clemson’s Regulatory Services unit carries out detection, monitoring, control and eradication projects to help reduce such damage.

Nationally there is a federal effort to detect non-native organisms at ports of entry, but some invaders do slip through the cracks. A 2005 study from the United States Department of Agriculture estimated the economic damages associated with invasive species in the United States reached approximately $120 billion per year.

“Worldwide, the estimate is now $1.4 trillion, or 5% of the global economy, per year,” Coyle said. “From an ecology standpoint, invasive species can wipe out entire groups of species, creating monocultures that harbor little to no diversity.”

National Invasive Species Awareness Week was created to help raise awareness of the effects of invasive species. The May 16-23 Awareness Week is the second one held this year. A similar event was held in late February. Under normal conditions, Coyle said, he and other members of the association would go to Washington, D.C., to work with Congress to help further awareness efforts.

“But this year, with COVID-19 and social distancing, we’re providing information through webinars and other web-based materials,” Coyle said.

Why the LiveTiles (ASX:LVT) share price is tumbling 11% lower today