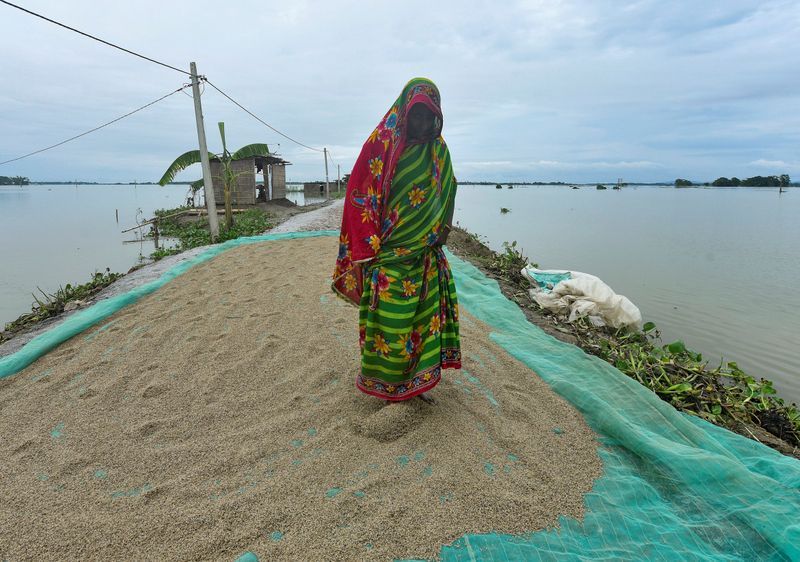 MUMBAI (Reuters) – India’s rice exporters are struggling to fulfil orders due to limited availability of containers and workers at mills and the biggest handling port on the east coast after novel coronavirus cases jumped in the region, industry officials told Reuters.

Slowing shipments from the world’s biggest rice exporter could allow rivals like Thailand and Vietnam to raise supplies in the short term, and also carries the potential to push up global prices.

“The vessel loading rate at Kakinada port has gone down by nearly 30%,” said B.V. Krishna Rao, president of the Rice Exporters Association.

Kakinada is located in East Godavari district of the southern state of Andhra Pradesh – a district that has been reporting more than 1,000 new virus infections every day – accounts for more than a quarter of India’s rice shipments.

“Labourers are working only on day shifts and not doing night shift,” Rao said.

In the next few months, India could export around 100,000 tonnes less rice per month as the labour shortage means rice mills are operating at lower capacity, Rao said.

“There are logistical problems in executing export orders. Otherwise demand is good as Indian rice is cheaper,” Shah said.

India was offering 5% broken parboiled variety <RI-INBKN5-P1> at around $380 per tonne on a free-on-board basis last week, while Thailand was offering the same grade at around $460.

“If logistical bottlenecks are fixed, India could export much more rice than last year,” Gupta said.

Counterfeit N95 masks are leaking into the supply chain