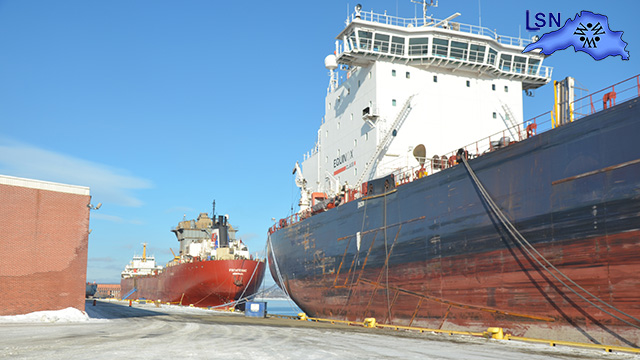 Much of the success in 2020 is attributable to the port’s strategic position as Western Canada’s gateway to Eastern markets for grain.  Thunder Bay is the western terminus of the Great Lakes – St. Lawrence Seaway System, a 3,700 kilometre marine highway for shipping bulk cargo to and from North America via the Atlantic Ocean.  Overseas grain demand drew over 150 foreign ‘saltie’ vessels to Thunder Bay for grain in 2020 – the second-highest tally at the Port since the Seaway opened in 1959.

Several factors contributed to the grain surge, including significant carryover of grain stock from the large 2019 harvest, and worldwide stockpiling of staple foods during the pandemic.  Greater diversification of crops, particularly in Manitoba, is having an impact in Thunder Bay as well, as markets demand more variety. Canola and soybean orders in Europe, for instance, have grown at a higher rate than those for traditional durum wheat.  The grain story bucks the downward trend of virtually every other cargo on the Seaway in 2020, signaling the important role the Port and Western farmers play on the System.

Late-season developments have port officials optimistic for further growth and diversification in 2021.  The first import shipment of phosphate fertilizer was handled at Keefer Terminal in early December.  The fertilizer is being stored inside and railed to Prairie farms to cultivate the grain that will be exported from Thunder Bay elevators in the next harvest.  Says Heney, “This shipment required considerable planning between the freight forwarder, the Port, and Logistec Stevedoring who was responsible for the safe and efficient discharge and handling of the fertilizer at the terminal.”

Given the success of the arrangement, forwarders are planning to send further shipments in the spring. “This cargo represents an opportunity to increase inbound shipments in Thunder Bay, capitalizing on the large volume of outbound shipments and available capacity, improving the bottom line for shippers.  We have invested heavily in infrastructure and marketed a two-way route that adds value for businesses shipping to and from the West.  This cargo fits the model and affirms our strategy.” 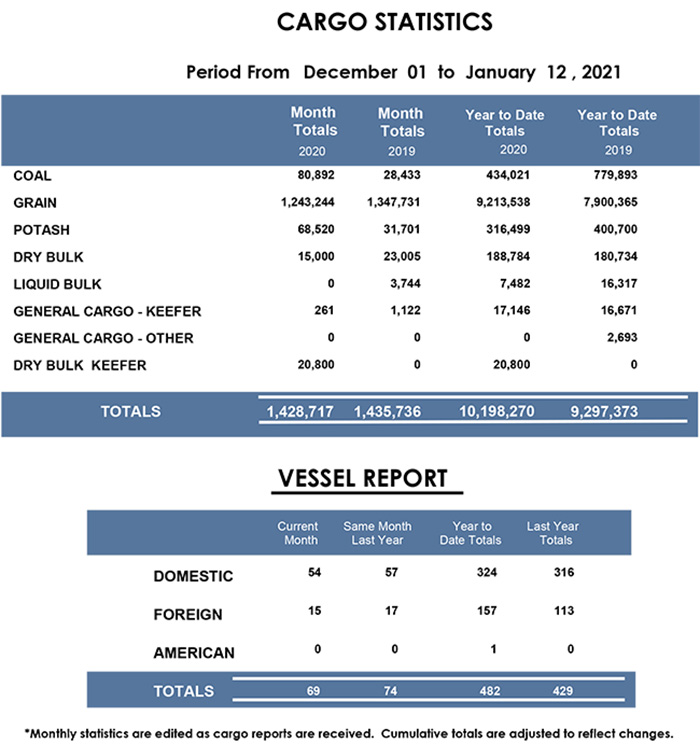 The season’s last vessel, MV Saginaw, will depart Thunder Bay this afternoon with a grain cargo to be discharged at an elevator in Windsor, Ontario.  Four vessels will undergo winter maintenance and repairs in Thunder Bay: MV Algoma Guardian, MV Algoma Strongfield, and MV Frontenac have laid up at Keefer Terminal; MV Blair McKeil is berthed at Heddle Shipyard.

COVID vaccine: From factory to arm, the logistics of rolling out the Oxford-AstraZeneca jab

Looking ahead to 2020: Wudinna

Analysis: AP Møller-Mærsk – the beauty and curse of corporate strategy