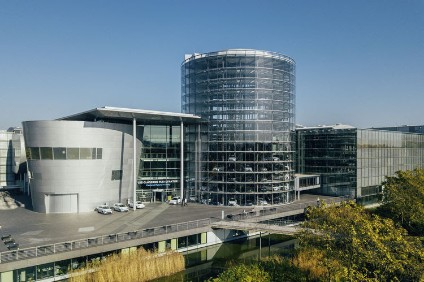 This also followed news this month pre-production was under way at the ‘first plant focused only on e-mobility’ in China – the freshly built SAIC factory in Anting – with volume production scheduled for October 2020. That facility was built solely to make electric vehicles on VW’s Modular Electric Drive Matrix (MEB).

Zwickau was converted for EVs at a cost of EUR1.2bn, so far, as part of VW group plans to sell 22m EVs worldwide by 2028.

Just last week, Volkswagen of America started construction of an electric vehicle production facility at its Chattanooga site, with production scheduled for 2022. The site, originally built for the US Passat, is adding a North American assembly hub for electric vehicles built on the Modular Electric Drive Matrix (MEB). The company also announced plans to assemble battery packs at Chattanooga.

Of the Dresden plans, Gunnar Kilian, VW human resources chief, said: “The location in Saxony has a solid foundation for the future. Employment levels remain stable.”

He added the factory would evolve into a Centre of Future Mobility where innovative technologies are developed and tested in collaboration with industry partners and startups. Efforts to pursue new areas of business, such as the function testing station, would be intensified. Customer vehicle collection would be significantly expanded and the location made more attractive as a destination for visitors and buyers.

The showplace plant was originally built, in the former East Germany, as a final assembly factory for the VW Phaeton saloon and, later, premium group brand SUVs. It completed welded and painted body shells shipped in from other VW factories in Europe, primarily Bratislava, along with powertrains and running gear. Body and paint shops were added later.

Kilian added: “The decision to bring the ID. family to Dresden lays a solid foundation for the future of this location in Saxony. We are stepping up the pace for e-mobility. We need the [factory] as an important showcase to take our customers on board for e-mobility and digitalisation.”

Works council chairman Thomas Aehlig, said: “We have safeguarded long term employment for the core workforce and a positive future perspective for the location. Attention over the coming weeks must now turn to a comprehensive qualification programme for the team.”

His colleague, Jens Rothe, chairman of the VW Sachsen works council, added: “The uncertainty following the end of Phaeton production is now over. The temporary assembly of the e-Golf2 means the team in Dresden is extremely well prepared for the future of e-mobility and well equipped for our ID. family.”

The automaker plans to establish or expand vehicle collection, insourcing and vehicle function testing in the border tripoint of Poland, the Czech Republic and Germany.

Dresden as a vehicle collection point would be expanded, focused on electric vehicles.

Currently, about 1,300 vehicles a year are delivered to customers in Germany in Dresden. This would be increased “significantly”, providing secure jobs for 380 people.

The VW group plans to launch up to 75 all electric models and 60 hybrids by the end of 2029, selling 26m EVs in the same period. Its e-mobility budget alone is EUR33bn.

Even better, according to GlobalData’s Automotive Intelligence Centre, a new Phaeton is planned for 2022 production though details are still sketchy.

Ocean freight ushers in a new era with instant quotes