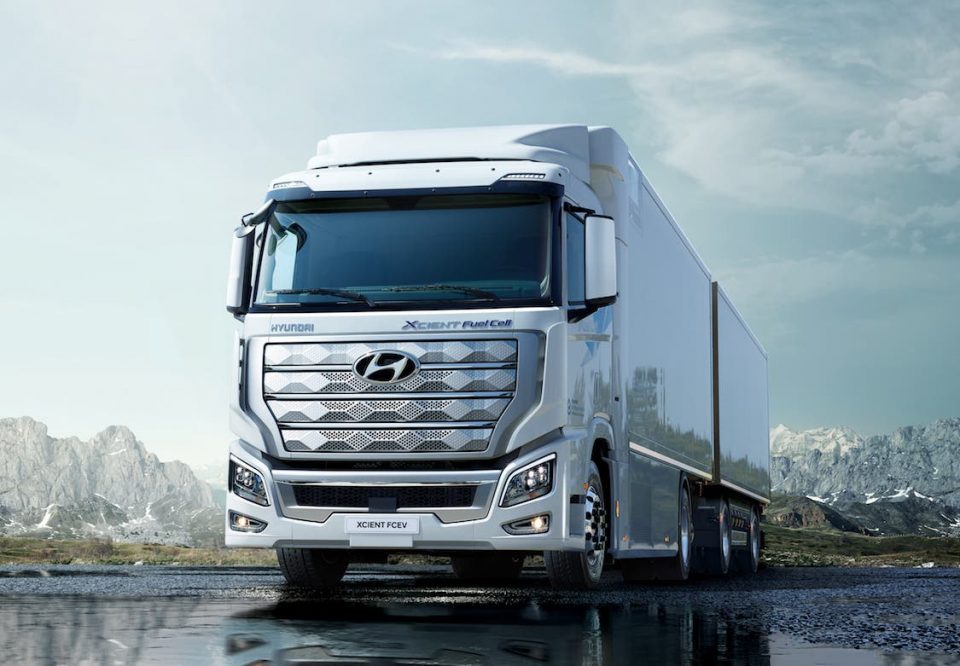 Hydrogen — it’s the alternative energy source that just won’t go away. We all agree it makes no sense as a power source for cars and light trucks but it may work just fine for freight haulers like heavy trucks and ocean going vessels. It also has potential for cleaning up emissions from big polluters such as steel and cement making.

In a 15 year plan for new energy vehicles released on November 2, China’s State Council said the country will focus on building the fuel-cell supply chain and developing hydrogen powered trucks and buses. China is planning to have 1 million fuel cell vehicles in operation by 2030 according to a report by Business Standard. At the moment, most commercial hydrogen in China is derived from fossil fuel sources and is more expensive than electricity. That could be changing, however. A new wind and solar installation in Mongolia is expected to produce up to 500,000 tons of hydrogen a year beginning in 2021. State owned oil refiner Sinopec said on October 29 it is investing in hydrogen production, transportation, and fuel cells and is building a network of hydrogen vehicle refueling stations. 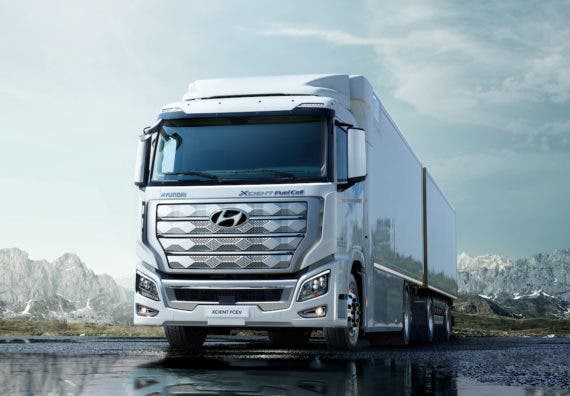 The new infrastructure will bemefit hydrogen powered trucks and buses, allowing them to travel further on a single tank of hydrogen than a similar battery powered vehicle. Wang Chaoyun, chairman of Anhui Mingtian Hydrogen Energy Technology, a startup that develops fuel cell stacks and other components for hydrogen vehicles, China will become the world’s largest market for hydrogen powered vehicles within 3 years and will have half a million of them on the road by 2035.

Chisato Yoshifuji, a project manager at Toyota, tells Business Standard she sees the Chinese market for heavy trucks and buses being dominated by hydrogen in the near future. “China is concentrating on commercial vehicles and that aligns with Toyota’s thinking,” she says. “It’s a huge trend supported by the government.” Hyundai announced on November 5 it has concluded agreements with five Chinese partners to promote the development of hydrogen fuel cells. “Hyundai believes China has a massive potential for hydrogen powered commercial vehicles,” said In Cheol Lee, Hyundai’s executive vice president and head of its commercial vehicle division. Hyundai and its regional partners expect to supply 4,000 fuel cell powered commercial vehicles in China by 2025.

“Pure electric vehicles and fuel cell powered automobiles are equally important in our new energy vehicle development strategy and will coexist in the long run,” says Wan Gang, vice chairman of China’s national advisory body for policy making. He is often referred to as the father of the country’s electric car movement

Not everyone is convinced and China may be hedging its hydrogen bets. IDTechEx, a research firm located in Cambridge, England said in a report earlier this month that fuel-cell vehicles will “continue to be a commercial failure for the next two decades.” That has led Bloomberg NEF analysts Siyi Mi and Jinghong Lyu to suggest the lack of details in China’s new 15 year energy and transportation plan indicates Chinese policy makers are still deliberating over the role of hydrogen in China’s energy economy as it seeks to move toward a net zero economy by 2060.

Norwegian ship designer Havyard has created a new division dedicated to creating hydrogen propulsion systems for the marine shipping industry. According to a press release, the new company will be known as Havyard Hydrogen and it expects to have complete hydrogen propulsion systems for ships available in 2021. The parent company has  been heavily involved in the development of those systems for several years. Both Norwegian authorities and the International Maritime Organization have been striving to reduce emissions from shipping by at least 50 per cent. Gunnar Larsen, CEO of the Havyard Group, says meeting that goal will require many ships to operate with zero emissions.

“We are seeing increasing interest in the market for hydrogen. This form of energy produces zero emissions at the same time as it is the most technologically mature for large vessels sailing over relatively long distances. With our know how and expertise in hydrogen, we are in an excellent position to be among the leading players in the development and delivery of hydrogen systems. In cooperation with other companies in the Group, we can also deliver ship designs and complete control and energy systems from bridge to propeller,” says Larsen.

Kristian Osnes from Havyard’s R&D department will be executive cice president of Havyard Hydrogen. He says, ‘We can now offer a system with 3.2 MW fuel cells. This will make it possible for large vessels to sail with zero emissions over longer distances. At the same time, the system is scalable and can be used by both large and small vessels.” Part of that scalability includes flexible placement of the hydrogen storage tank within the hull of a vessel, which makes it easier to retrofit a hydrogen propulsion system to an existing ship.

“If Norway and the rest of the world are to achieve the emission reduction goals, we need solutions that can reduce emissions towards zero. We believe that the timing is right, given that both the market and the regulatory requirements create demand for concrete solutions that can result in substantial reductions in emissions from shipping,” Osnes says. “It will be very interesting for Havyard to be part of taking these solutions a step further, and thereby contribute to the ongoing green shift.”

Carbon emissions from maritime transport are about 940 million tons annually or 2.5% of global greenhouse gas emissions according to the European Commission. Some industry observers expect shipping emissions to more than double in coming years. The need to reduce those emissions is urgent.

Volkswagen has begun using two ships powered by liquid natural gas to transport vehicles built in Europe to markets in North and South America. The company ships more than 2.8 million vehicles by sea every year, a process that involves more than 7,700 ocean voyages. Emissions from LNG are higher than using hydrogen but significantly less than those created by conventional cargo ships that operate on heavy bunker oil.

Steve Hanley Steve writes about the interface between technology and sustainability from his homes in Florida and Connecticut or anywhere else the Singularity may lead him. You can follow him on Twitter but not on any social media platforms run by evil overlords like Facebook.