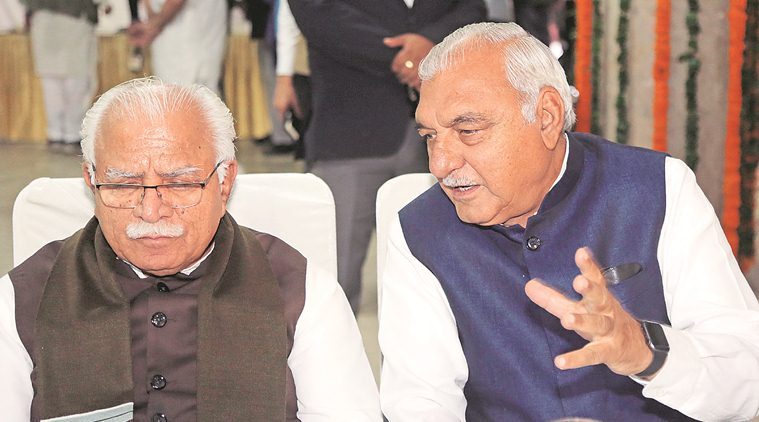 Haryana’s Leader of Opposition and former Chief Minister Bhupinder Singh Hooda on Saturday opposed the state government’s decision to stop the purchase of wheat and other crops.

Hooda said, “Government had assured farmers that the purchase shall be carried out till June 30. Farmers of the state need to be given more time to sell their crops in line with the earlier schedule announced by the government.”

“I urge the government to show a sense of urgency in lifting crops from market yards and making payments to the farmers, instead of closing the purchase process three weeks ahead of schedule. As of now payments for 75,000 metric tonnes of mustard and Rs 2,200 crore for wheat have not been made. Besides, about 17 lakh metric tonnes of wheat has not been lifted from the markets,” Hooda said.

“Details of a scam in the purchase of mustard are now in public domain and it shows that a large amount of purchase has been made only on paper while the actual farmer is still waiting for his crop to be sold. The government should ensure that purchases are not made on paper and that every single grain of the farmer is purchased,” Hooda said.

“Farmers were forced to incur a loss of up to 5 kg per bag, based on reports from the Hisar market, which had meant a direct loss of Rs 250 per bag to the farmer. Farmer is already facing financial losses due to crop damage. The scam, combined with government apathy, has brought farmers to the brink of financial ruin. Government should take cognisance of the scam, take strict action against the accused and compensate the farmers for their losses,” Hooda said.

Talking about the MSP declared by the Union government, the former CM said, “Farmers were deeply disappointed as they were expecting a reasonable increase in the minimum support price of kharif crops. The government has increased the MSP of paddy by just 53 paise per kg which is an increase of only 2.9%. The increase in rates of manure, seeds, irrigation, fuel, labour, harvesting, transportation and inflation is many times more. At the rate fixed by the government, the farmer would not be able to recover basic costs. The responsibility now lies with the state government which should declare appropriate bonuses for the farmers.”

Objecting to the government’s decision of imposing paddy ban in the state, Hooda said, “State government continues to be adamant on banning paddy cultivation in parts of the state despite protests from farmers and opposition parties. Government is indirectly killing paddy farmers through its new policy on the availability of canal water for paddy cultivation. It seems that the government wants to leave farmers with no other alternative but to irrigate their crops using tubewells that will be exploiting groundwater, something the government ironically seeks to protect.”

For all the latest Chandigarh News, download Indian Express App.

How Risky Is Southwest Airlines?