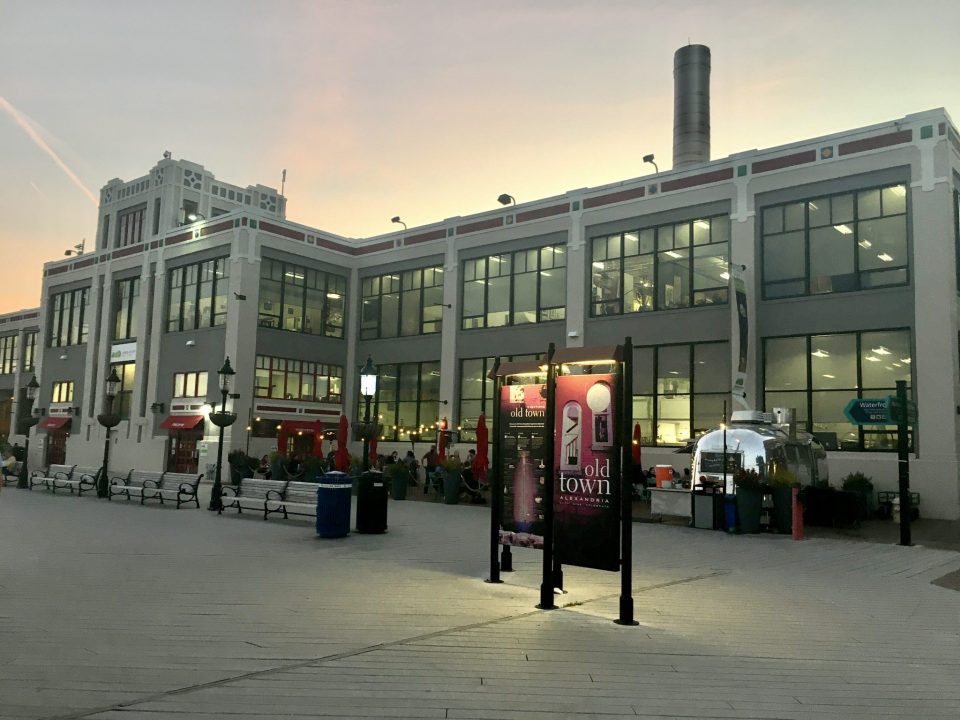 Recent press regarding rumored conversion of a reinvented Torpedo Factory envisioning a food hall or food court proved to be greatly exaggerated.

The extensive outline of the Action Plan for Vibrancy and Sustainability benefiting the landmark art center was made public at the end of work day Friday, October 17. Alexandria City Director of Communications and Public Information Craig T. Fifer shared the proposal with The Zebra Press, noting that the revitalization plans do not incorporate a food hall or food court. Proposals for improvements have been submitted to the City by Scott Shaw and Route 66 Ventures. Estimated capital funding needed to address the deficiencies and improvements are between $10 million and $15 million for the next decade.

The Action Plan affirms that the Alexandria Office of the Arts will continue to manage and control long-term all aspects of the Torpedo Factory Art Center operations. Upcoming community meetings will be announced on the City website at alexandriava.gov and the City calendar.

Boasting 83 open artist studios, the City Archeology Museum, the Art League educational programs, and two outstanding art galleries, (the Gallery of the Art League and the Target Gallery), the Torpedo Factory has been the centerpiece of the Alexandria waterfront for over 45 years. Welcoming as many as 500,000 visitors annually, the art center remains a top destination in the DMV. The converted 1912 munitions factory remains the treasured hallmark of repurposed public spaces for the greater good.

To view the full Action Plan for Vibrancy and Sustainability regarding the Torpedo Factory Art Center go to alexandriava.gov/TorpedoFactory

In a Smithfield town, a coronavirus-hit meat factory returns

Patriot Ordnance Factory releases the lightest .308 AR in the world