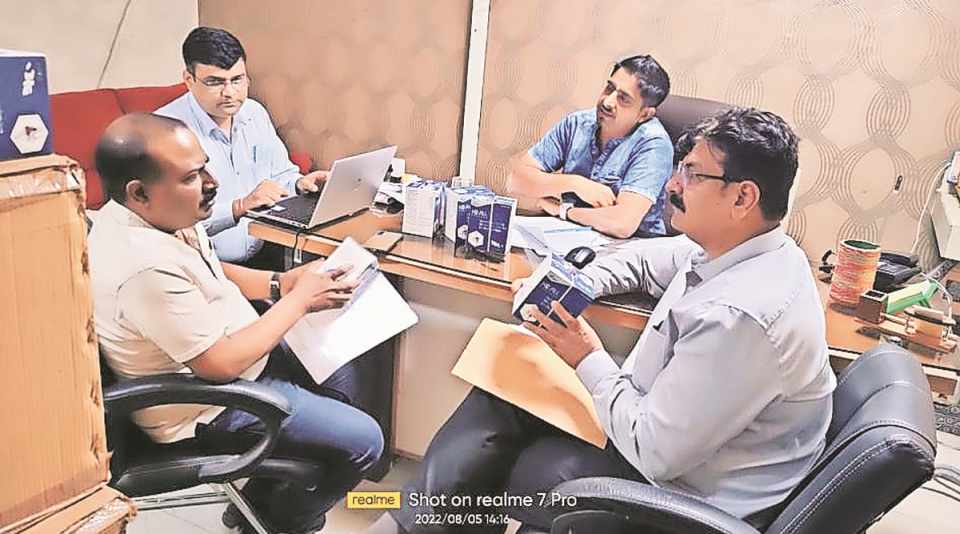 The Haryana Food and Drug Administration (FDA) busted a spurious medicine factory in Barwala, Panchkula, here on Friday. The factory allegedly used to supply spurious medicines from Barwala to Delhi. It is suspected to be a big racket of counterfeit medicines at national level.

As per the information shared by an FDA spokesperson, the officials of the department had earlier received complaints that counterfeit products of a medicine factory, Relieve Pharmaceuticals of Chandpur, Una, Himachal Pradesh, are being made and sold, from the owner Sukesh Chandra.

Acting on the information, a team was constituted under the leadership of FDA’s Assistant State Drug Controller Ripon Mehta, along with Senior Drug Control Officer, Ambala, Sunil Dahiya and drug control officer, Panchkula.

The team raided Cubic Light Science Private Limited, located at Industrial Area, Barwala, Panchkula, during which the team found 320 mg and 100 mg tablets which were branded as K2 tablets and with active ingredients calcium citrate, vitamin K-27, zinc and magnesium. The cost of these medicines has been estimated at Rs 5,69,940.

The team collected the sample of the medicines from the spot for testing and has seized the rest of the goods in its possession for further legal action. No police complaint has been registered yet and no arrests have been made in the matter.

The Delhi Drugs Department has been informed so that the racket can be busted. In the last few days, this is the fifth factory found making fake medicines.