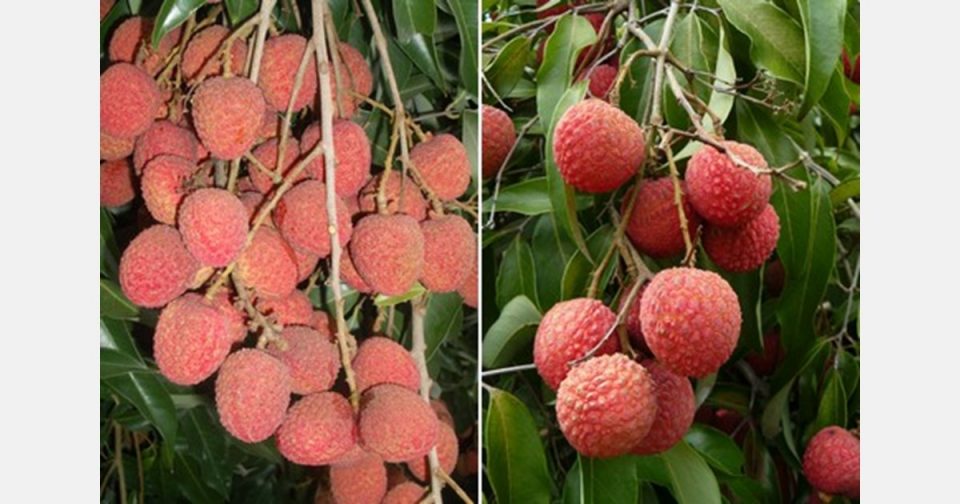 The first litchis from South Africa have arrived in Europe by air freight while exports to the US and the Middle East will ramp up over the next few weeks. The export market seems very promising with good prices on the local market as well. Quality looks better than last year in which growers had a tough time contending with sunburn, heat and low humidity, wind and hail.

The 2019/2020 crop could be a bit lighter than last year, due to continuing drought in areas like Tzaneen, while producers in other areas are expected to be on par with last year’s harvest. 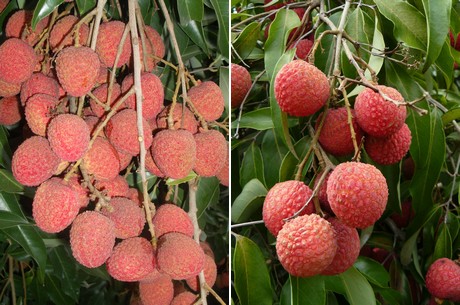 In the Onderberg area, where South Africa’s litchis ripen first, the summer rainfall has started with frequent small showers for the past few weeks and in particular is the humidity much higher than it has been for the past few years, says André Schoeman, litchi producer on the farm Bekfontein in Malelane, Mpumalanga Province, where the Mauritius crop will start to be harvested this week. With these favourable conditions, he notes that the quality of their fruit looks better than last year.

The region’s Mauritius harvest is starting and will run until Christmas and opens the export market for later, bigger seafreight volumes from other areas to follow. Bekfontein’s litchis are marketed by The Fruit Farm Group and Komati Fruit.

US shipping protocol under consideration 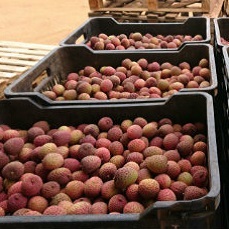 There is increased demand for South African litchis from the USA this season and at Bekfontein they’ll start packing for the USA next week.

André notes that the South African industry, and in particular Ben Halliday from Agrilink airfreight services provider, has over the past few years put in a lot of effort to grow the US market, despite logistical difficulties during previous seasons.

Their effort seems to be paying dividends as more buyers in the US realise that it is possible to extend the litchi season, after Mexico and China have ended, with South African litchis. Ben Halliday says that their litchi exports to the USA will increase by more than 100% this season.

Higher volumes will justify the high transport costs firstly to the US, and then after irradiation in Atlanta, within the country.

A shipping protocol to the US is currently under consideration by US authorities. It would relieve pressure on air freight where space is at a premium.

Early Madagascar arrivals in EU could benefit later SA litchis
When Madagascar’s litchis arrive in Europe the picture changes dramatically and it’s expected that they’ll be on the European market earlier than last year, by early December, which André considers to be in South Africa’s favour.

“Arriving earlier than last year will give them an opportunity to move those large volumes before Christmas. It should have a beneficial effect on South Africa’s later seafreight fruit which arrive after Christmas, because the market will then hopefully be a bit emptier and most of Madagascar’s fruit will have been sold, which would be good for our fruit.”

The summer rainfall has started, a relief for a region that has been in the grips of a drought for the past five years with rainfall far below average. A good rainfall year will help to replenish underground water sources, fill up dams and allow fountains to run again. On Bekfontein, André’s farm, all of their drip irrigation has been automated to make optimal use of every drop and he says they have seen a water-saving effect.

The packhouse on Bekfontein, André’s farm, is one of very few packhouses in South Africa exclusively designed for litchis and he has himself built the sizers. Packing litchis is a matter of dealing with a large volume of very small fruit moving past in a short time period.

Airfreight fruit are kept at ambient temperature while seafreight litchis are cooled to 1°C as soon as possible.