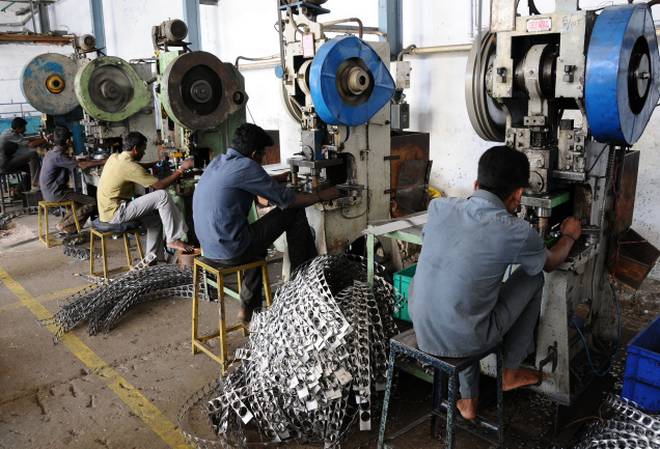 “Taking into account the remaining headroom under the scheme and after consultations with stakeholders, it is now intended to include individual loans given for business purposes within the ambit of Emergency Credit Line Guarantee Scheme (ECLGS), subject to the condition that such loans should fulfill the eligibility criteria prescribed under the scheme,” the government said in a note released today.

Sitharaman said the scheme will now include individual loans given for business purposes within the ambit of the ECLGS subject to the eligibility criteria of the scheme,

“We have also decided to cover individual loans given to doctors, chartered accountants for business purposes under the scheme,” financial services secretary Debasish Panda said.

“Similar procedure as with regard to companies would be adopted to sanction loans to these professionals running their business. Smaller companies were sufficiently covered under the scheme, so we wanted to include larger companies as well,” Panda added.

“The maximum amount of Guaranteed Emergency Credit Line (GECL) funding under the scheme would also correspondingly increase from Rs 5 crore at present to Rs 10 crore,” the secretary said.

“Under this scheme, as of now, Rs 1.37 lakh crore worth of loans have been sanctioned out of which about Rs 90,000 crore has been the disbursement,” Sitharaman said.

As part of the Rs 20.97 lakh crore stimulus package, the government had announced Rs 2 lakh crore of concessional credit through KCC to 2.5 crore farmers, including fishermen and those involved in animal husbandry.

Public sector banks (PSBs) have purchased bonds and commercial papers worth Rs 18,000 crore issued by NBFCs and housing finance companies under the revamped Partial Credit Guarantee Scheme (PCGS). Besides, bonds and NCDs worth Rs 5,800 crore are under process of approval, Panda said.

Banking sources had indicated that over 80 percent of MSME entrepreneurs end up taking business loans in their individual capacity, and are not registered as MSMEs. This had made most of them ineligible under the existing ECLGS facility which only allowed loans to be given to MSMEs. Therefore, banks had raised this issue with the finance ministry and recommended the change, which has now been accepted.

“Most of the small business owners, whether it is your shopkeepers, taxi drivers, and so on, they take loans on their name for their business. Such people were not eligible under the ECLGS, and they form the majority of MSME borrowers,” explained a senior public sector banker who did not wish to be named.

What’s more, the government also intends to increase the annual turnover ceiling for eligible borrowers to a maximum of Rs 250 crore from Rs 100 crore at the moment. This would also align with the revised definition of MSMEs.

While addressing the concerns raised by industry body FICCI about the difficulties faced by MSMEs in getting loans under this scheme yesterday, Sitharaman had said, “Banks cannot refuse credit to MSMEs covered under emergency credit facility. If refused, such instances must be reported. I will look into it.”

The union cabinet had approved ECLGS on May 20, with a corpus of Rs 41,600 crore to help the small entrepreneurs impacted by the pandemic. This was the single biggest component of the Rs 20 lakh crore Aatmanirbhar Bharat Abhiyan package in response to COVID-19.

Under this scheme, the National Credit Guarantee Trustee Company Limited (NCGTC) provides 100 percent guarantee for additional funding of up to Rs 3 lakh crore to eligible MSMEs and MUDRA borrowers in the formal of an emergency credit line.

“The intended changes are likely to expand the ambit of ECLGS to make an additional amount of more than Rs 1 lakh crore eligible under the scheme,” the government note said. About 45 percent of the intended amount has been sanctioned by banks, NBFCs and other lending institutions so far.

As of July 29, lenders had sanctioned Rs 1,36,155 crore under the scheme, out of which Rs 87,227 crore or about 64 percent had been disbursed, government data showed. Maharashtra, Tamil Nadu, Uttar Pradesh, Gujarat are among states where banks have sanctioned the most amount under this scheme.

Bipartisanship in the fog of war

In Asia Pacific the climate crisis is happening now, not in the future