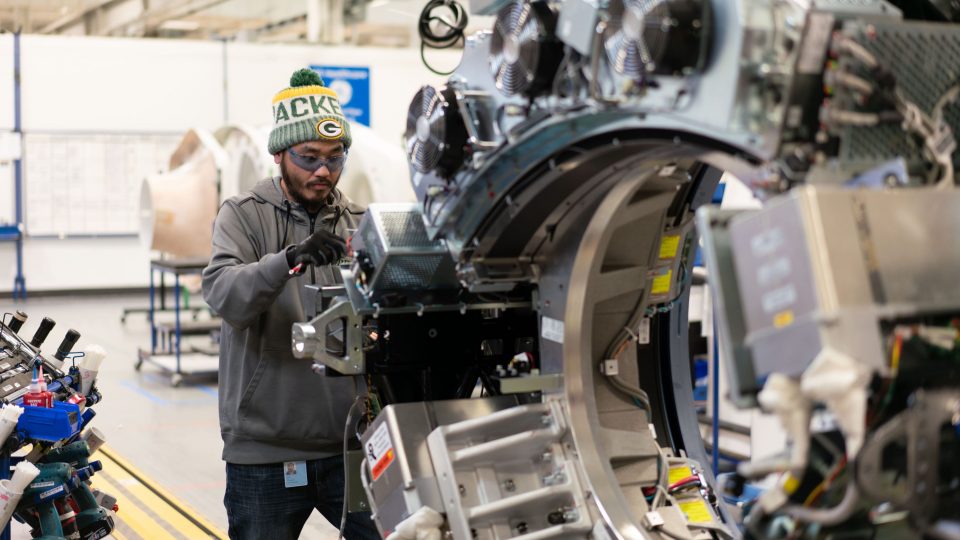 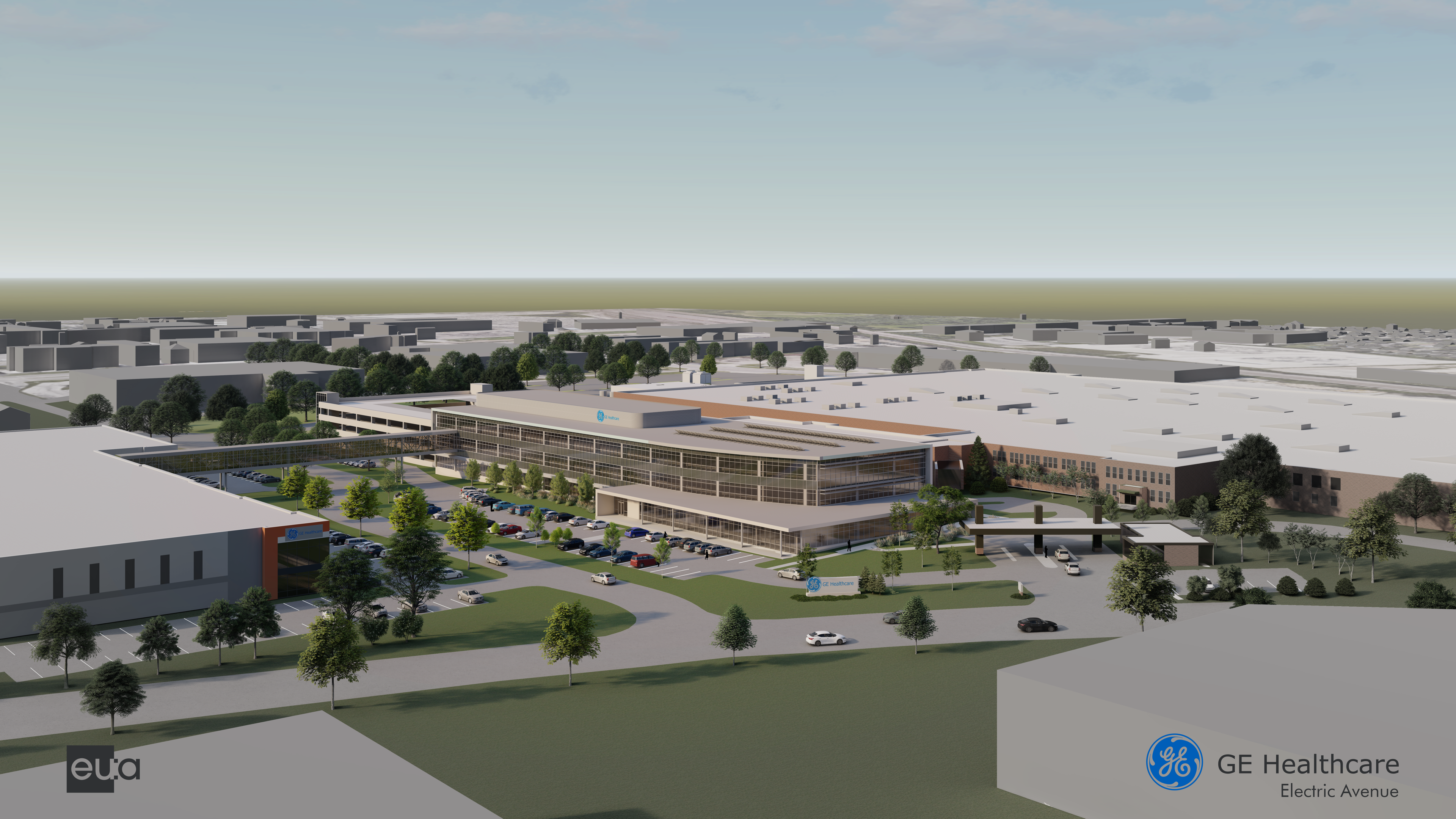 GE Healthcare would invest $50 million in a new plant in West Milwaukee to make CT scanners and other products that eventually could employ more than 1,200 people as part of a proposed plan to consolidate its operations in Wisconsin.

The plan — which still must be approved by the company’s unions — would include moving roughly 1,500 employees from its offices and plant in Waukesha and other sites to West Milwaukee and Wauwatosa over several years, the company said Wednesday.

About 600 employees would continue to work in Waukesha at the plant and offices of the company’s magnetic resonance imaging, or MRI, business.

GE Healthcare would sell part of the Waukesha site — almost 600 acres off Interstate 94 — under the proposed plan.

The plant in West Milwaukee would be one of GE Healthcare’s largest one-time investments in a site in the United States in a generation, the company said.

“We saw an opportunity to better use existing capacity and make significant investments that would both reaffirm our commitment to manufacturing and product development in the state,” Tom Westrick, president and CEO of Life Care Solutions at GE Healthcare, said in a statement.

GE Healthcare recently bought an 87,000-square-foot building next to its existing plant at 4855 W. Electric Ave. in West Milwaukee.

More than 600 employees now work at the GE Healthcare plant in West Milwaukee — the site of GE’s first factory in Wisconsin when the company moved what was known as its X-ray department from Chicago in 1947.

“Today we’re cementing that 75-year legacy in the state for another generation,” Mike Barber, a vice president and general manager who oversees medical imaging hardware and software, said in a statement

The site is within a Federal Economic Opportunity Zone — areas with lower incomes and higher rates of poverty and unemployment. Businesses can receive tax benefits for investing in the designated zones.

GE Healthcare declined to comment on whether it will receive economic development incentives for its proposed investment in the new plant in West Milwaukee. But it said that it has worked closely with state, county and local leaders leading up to its announcement.

The company’s plant in West Milwaukee now makes tubes, which generate an X-ray beam, detectors and components for CT scanners and other products.

GE Healthcare’s engineers for its CT, PET and X-ray scanners would move to the West Milwaukee site under the proposed plan.

The company’s long-term plan envisions consolidating engineering, product development and manufacturing for CT and PET scanners as well as other products in West Milwaukee.

GE Healthcare’s CT and PET scanners now are assembled in Waukesha from components made elsewhere. More of those components eventually could be made in West Milwaukee.

CT, or computed tomography, scanners take thousands of X-ray images from all sides of the body. Those slices are reassembled to produce detailed two-dimensional and three-dimensional images of organs, bones and other tissue. PET, or positron emission tomography, scanners use short-lived radioactive substances, or tracers, to detect changes, such as metabolism and blood flow, in an organ or tissue. PET scans are used to detect cancer, heart conditions, neurological disorders such as Alzheimer’s disease and other conditions.

“We’re excited about GE Healthcare’s intentions to send hundreds of jobs and significant investment to the Village of West Milwaukee,” John Stalewski, village president of West Milwaukee, said in a statement. “As the original home to GE Healthcare in Wisconsin, we have always valued GE as a neighbor, and we’re thrilled to see them expand their presence here in our community.”

Under the proposed plan, the company’s engineers and other staff who work at its offices and former factory at 8200 W. Tower Ave. in Milwaukee would be moved to Wauwatosa.

The Tower Avenue site also would be sold.

GE Healthcare previously made patient monitors at the Tower Avenue site. That work was moved to Madison and other GE Healthcare sites in recent years.

The company employs more than 800 people — including more than 350 hired in recent months — in Madison, where it makes ventilators, incubators for newborn babies, patient monitors and anesthesia devices.

Separately, the company laid off 123 people in Wauwatosa this summer as part of a previously announced plan to move as many as 250 jobs to regional sales offices or its headquarters in Chicago.

In all, GE Healthcare now employs about 6,000 people in Wisconsin.

The company, one of the state’s largest employers, said it does business with more than 1,000 Wisconsin suppliers and accounts for $1.5 billion of the state’s exports.

GE Healthcare — which is projected to have annual revenue of $16.7 billion this year — is one of General Electric Corp.’s four industrial businesses. The others are Power, Renewable Energy and Aviation. It also has a large finance unit, GE Capital. The company had revenue of $95.2 billion last year.

GE Healthcare has been a consistent and solid business throughout GE’s stunning downfall in the past three years.

The parent company has struggled with a large debt load and unfunded pension liabilities after a string of poorly timed and disastrous acquisitions under Jeff Immelt, the company’s former CEO, who once ran GE Healthcare and lived in Waukesha.

The company also spent almost $80 billion to buy back stock at prices above $30 a share, according to Fortune magazine. The stock now trades for less than $7 a share.

Under Larry Culp, its CEO since 2018, GE was making progress in its turnaround, reducing its debt, selling businesses and lowering its losses at its troubled power business, which makes gas turbines. Then the coronavirus crisis hit.

The collapse of air travel forced airlines to cancel or postpone orders for new aircraft and in turn, the jet engines made by GE Aviation, previously the company’s most profitable business.

GE Healthcare’s business also has been hurt by the economic downturn but is likely to be GE’s most profitable business for several years.

Culp is an adherent of lean-manufacturing processes, first developed at Toyota Motor Corp. He reportedly is given to walking factory floors, sometimes alone and without notice, at GE plants, and has talked about making GE’s factories more efficient.

In a statement, Farrow, who also is Waukesha County executive, also said that the proposed sale of GE Healthcare’s site in Waukesha will open up opportunities for new economic growth in the county. And he noted that the proposed investment in the new plant in West Milwaukee could ensure the company’s presence in the area for decades to come.

Our subscribers make this reporting possible. Please consider supporting local journalism by subscribing to the Journal Sentinel at jsonline.com/deal.

COVID to have lasting effects on shipping supply chain (with video)