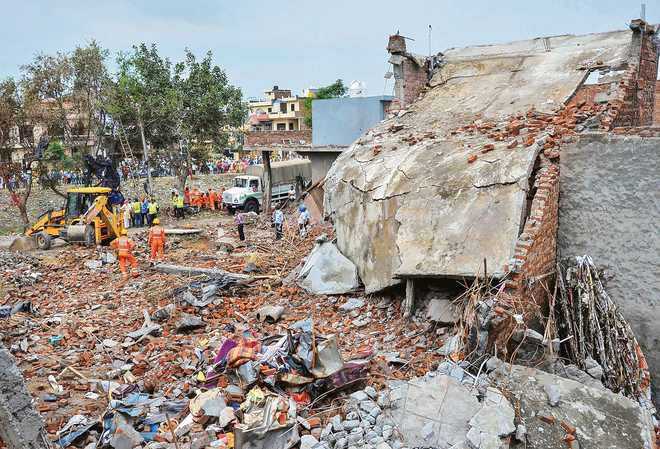 
Three employees of the office of Gurdaspur Deputy Commissioner have been suspended for alleged negligence of duty in connection with the blast at an illegal firecracker factory here in which 24 people had died, police said on Monday.


The three persons—Anil Kumar, posted as Superintendent and Mulakh Raj and Gurwinder Singh who were posted as Junior Assistants in the Deputy Commissioner’s office—have been suspended for their negligence of duty, Additional Deputy Commissioner Tejinderpal Singh Sandhu said.


Twenty-four people were killed and several others injured on September 4 in a blast at an illegal firecracker factory located in a residential area on Jalandhar road in Batala, Gurdaspur district.


During the probe, it came to light that the firecracker factory had been running illegally for the past 17 years. It was not shifted to another place despite residents of nearby areas making numerous requests in this regard.


Meanwhile, Akali MLA Lakhbir Singh Lodhinangal said action should be taken against the real culprits rather than suspending just three employees for allowing an illegal factory to operate. — PTI

What is the importance of speed in the modern day supply chain? 4 experts weigh in

U.S. Factory Activity in March Was Weakest Since 2009: IHS Markit