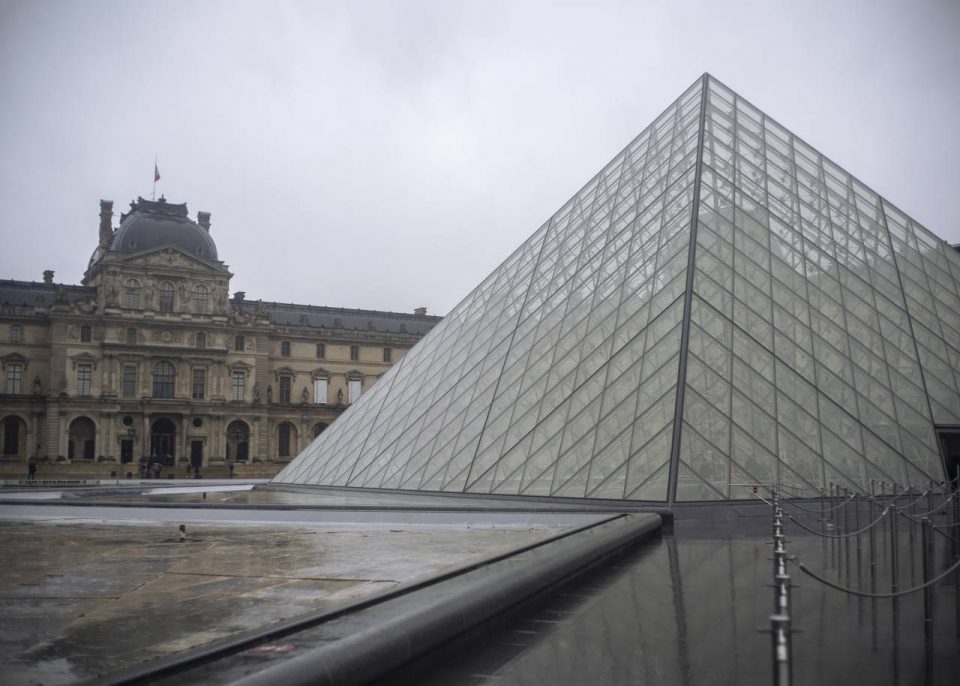 A view of the Louvre museum, in Paris, France, Sunday, March 1, 2020. The spreading coronavirus epidemic shut down France’s Louvre Museum on Sunday, with workers who guard its trove of artworks fearful of being contaminated by the museum’s flow of visitors from around the world. (AP Photo/Rafael Yaghobzadeh)

PARIS (AP) — The Louvre Museum was closed again Monday as management was meeting with staff worried about the spread of the new virus in the world’s most-visited museum.

Most of the Louvre’s 9.6 million visitors last year came from other countries, and the museum that houses the Mona Lisa and other treasures welcomes tens of thousands of people every day.

The French government has banned any indoor gatherings larger than 5,000 people to prevent the spread of the virus, and Louvre workers worried about their own safety blocked the museum from opening Sunday, leaving confused tourists standing for hours in hopes of getting in.

A Louvre official said a meeting was under way Monday morning with staff representatives, one of several meetings to be held throughout the day to determine the next steps. It was unclear if the museum would open later in the day.

France has reported 130 cases of the virus, and more than half of France’s regions now have at least one case.

Workers have asked for masks and health checks on visitors. Union representative Christian Galani questioned why the Louvre isn’t covered by the new ban on large indoor gatherings, telling The AP, “You will easily admit that the Louvre Museum is a confined space and that it receives more than 5,000 people a day.”

Culture Minister Franck Riester argued on France-Info radio that Louvre visitors move from room to room, which doesn’t present the same risk as a closed concert hall, for example.

Follow other AP coverage of the virus outbreak at https://apnews.com/VirusOutbreak