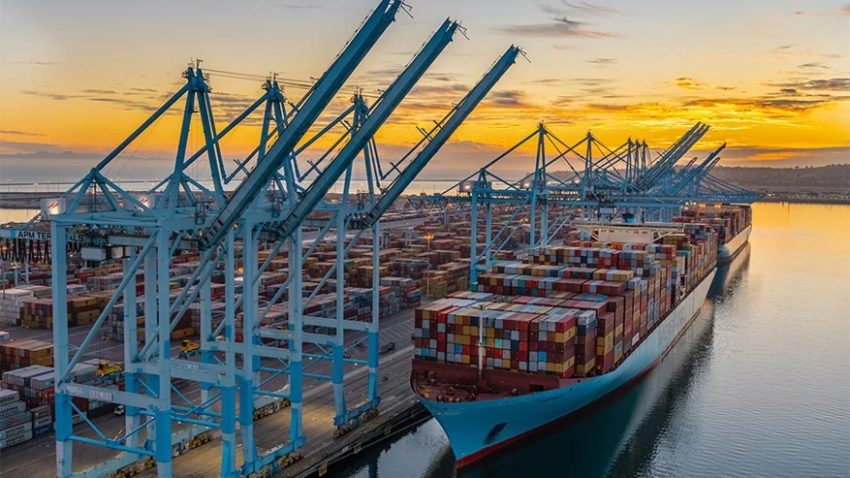 Bjorn Vang Jensen, vice president at Sea-Intelligence Advisory Services, on what he terms Maersk’s ‘burn the boats’ strategy, and its application in the wider supply chain.

This was a very predictable twist of events if you are an outside observer. So predictable that it feels like watching a train wreck in slow-motion.

It gives rise to some very interesting discussions which are sure to divide the waters, as it were.

It seems clear that Maersk is pursuing a ‘burn the boats’ strategy, making retreat impossible. The company is really putting it all on red, but they have the muscle, the money, and the replacement product to do so (in itself a work in progress, but sort of, anyway), at least for the foreseeable future.

Will Maersk expand this scorched-earth strategy to medium-sized forwarders next?

But does that mean that they risk alienating not just the forwarders who are left out, but also the customers of said forwarders, who know very well whom their cargo is shipped with, and who will therefore also be left hanging – unless they want to put it all on red as well and let Maersk be their sole service provider?

I have heard from several such customers that they resent what they feel is like having a gun put to their head, and are considering their options and exploring alternatives. This suggests that there is a weakness in the strategy which Maersk may or may not have considered.

Will Maersk expand this scorched-earth strategy to medium-sized forwarders next, or is that perhaps already happening below the radar ?

Rumors are rife that both medium, and even very large ones, are either seeing this, or are taking pre-emptive measures in anticipation of it happening.

On the flip side, and this is a VERY important, almost existential, question: does Maersk owe small forwarders (or anyone else, for that matter) a living?

It’s up to Maersk to set its own strategy, and to live or die by it. Many carriers have for years de-selected various customer segments in direct-BCO sales, usually using the same tactic of offering rates they know can not possibly be accepted by the BCOs in question, as an easy ‘out’. Now they’re just expanding the circle.

There are even very credible examples of how not just Maersk but many other carriers are doing the same to very, very large shippers, suggesting that we are no longer necessarily in “volume is your friend” territory.

If there is one industry where loyalty has never counted for much, and where this year’s mortal enemies become next year’s best friends, then surely it is container shipping. That’s one of the reasons I have always disliked and discouraged the use of the word, “partnership”.

If there is one industry where loyalty has never counted for much, surely it’s container shipping

This opinion is highly likely to attract a firestorm of angry comments along the lines of, “we stood by them when they were begging for cargo, and this is the thanks we get”, or variations on that theme.

But is that really true? Really? You’re telling me with a straight face that, whether you’re a BCO or a freight forwarder, you didn’t take the opportunity to squeeze that lemon in return for ”standing by them”, while playing both ends against the middle? Be honest, you already know the answer.

Me, I plead guilty. And I will never apologise for it, because that’s partly what I got paid to do. But I also didn’t moan when the serve was returned.

In the broader supply chain, that dynamic of making conscious choices on whom you want to trade with also exists between manufacturers and suppliers (both ways), and between manufacturers and retailers (also both ways). Why does that right to determine your own future change just because the customers targeted are now small freight forwarders, who have a louder voice and a larger platform ?

And how many of those have salespeople out there trying to convince potential customers that they should be part of the customer’s resilience strategy, while their own business model apparently stands or falls with the ability to work with a single market player ?

And now if you’ll excuse me, I’m going to go put on my flame-retardant suit.