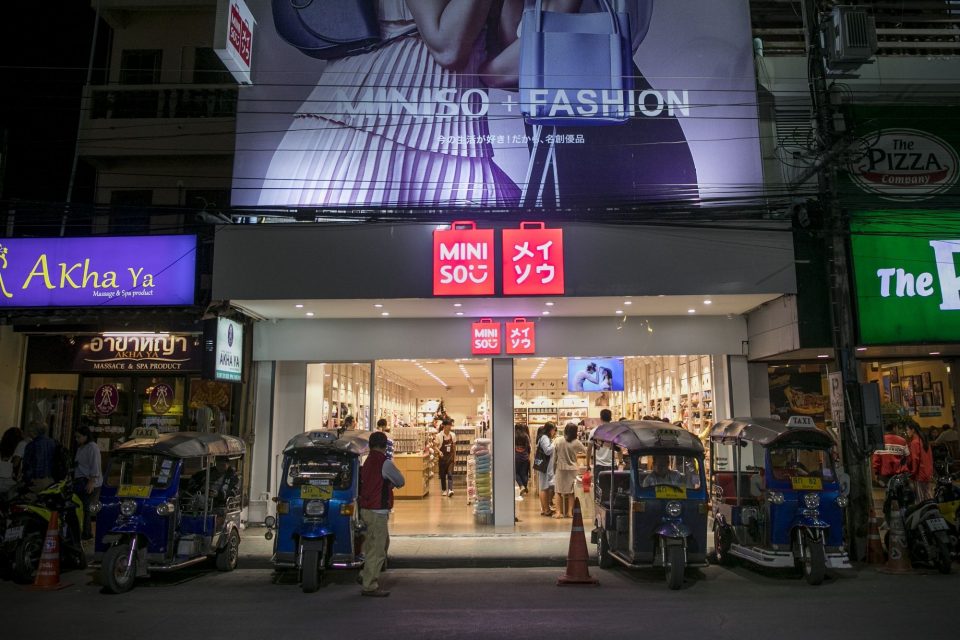 (Bloomberg) — A Chinese entrepreneur who started a chain of stores selling sleek household items at bargain-basement prices has just become a billionaire, benefiting from the global trend of consumers turning to cheap goods as the coronavirus pandemic eats into spending budgets.

Guangdong, China-based Miniso Group Holding Ltd. banked $608 million from an initial public offering in New York Thursday, making founder and Chief Executive Officer Ye Guofu’s stake of about 65% — held with his wife — worth more than $4 billion, according to the Bloomberg Billionaires Index.

Miniso, which sells everything from lamps to bathroom slippers in colorful and clean designs, says that more than 95% of its products in China are priced at below 50 yuan ($7.44), appealing to the same bargain-hunters who have propelled chains like the U.K.’s Primark, Japan’s Don Quijote and Dollar General in the U.S.

Low-priced retailers are thriving as the global recession triggered by the pandemic has pushed more purchases online. It’s also accelerated the generational shift toward frugality and discounters that began during the financial crisis more than a decade ago. With it’s brightly-lit stores and modern but cheap goods, Miniso has secured an almost 60% market share in China’s general merchandise outlets excluding grocery stores, according to research firm Euromonitor International.

“As the pandemic causes a fall in spending power globally, consumers are more focused on high-value-for-money brands,” said Ye in a Zoom interview with Bloomberg on Thursday. “It’s a great opportunity for Miniso. The more we are in an economic downturn, the bigger the opportunities and the better development will be for budget brands.”

Chinese tech giant Tencent Holdings Ltd. and hedge fund Hillhouse Capital jointly invested 1 billion yuan in the company in 2018, and they each hold a 4.8% stake now, according to the company’s prospectus. That stake is worth $614 million combined, a fourfold return on investment in two years.

A representative for Miniso declined to comment on Ye’s wealth.

While the last character in Ye’s name means “rich” in Mandarin, the Hubei province native had humble beginnings, like many other entrepreneurs of his generation. He started work at a steel-pipe factory and, as demand for consumer goods from a newly opened China ballooned, Ye went into the trading business, trying to sell goods from ceramics to cosmetics and fashion accessories.

On a business trip to Japan in 2013, he became inspired by budget shops there and brought the concept to China, enlisting Japanese designer Miyake Junya to help. Miniso now has more than 4,200 stores, 60% in China and the rest scattered over 80 countries.

Miniso has often been accused of drawing from the minimalist aesthetic popularized by Muji, the retailer owned by Ryohin Keikaku Co. that offers no-brand, no-logo lifestyle and household goods. The Chinese company’s success has in turn spawned a cottage industry of lifestyle brands selling Scandinavian or Japanese-inspired designs for dirt-cheap prices, like OCE and Nome.

In 2016, Miniso and a connected firm were ordered to compensate LVMH for its economic losses in a design infringement lawsuit in Shenzhen, according to a court document. The Chinese company is also involved in several copyright disputes in which it accused other domestic retailers of copying its brand and commit fraud during marketing campaigns.

Ye dismissed accusations of copying. “Maybe people have some misunderstanding toward us,” he said. “Miniso is very pro-original design. The core of our products is good-looking design.”

Yet to Turn Profit

Miniso’s rapid expansion was made possible by a franchise model that cuts into its profit margin — only 3% of its stores are directly operated. Over the next decade, the company plans to open hundreds of stores a year, both in China and abroad, Ye said.

The company is yet to turn a profit. Losses for the year ended in June narrowed by 12% to $37 million compared with a year ago. And it’s not been entirely spared by Covid-19 — annual revenue through June fell 4.4% to $1.3 billion.

“With Pinduoduo and Alibaba doubling down on bargain retail and direct-to-manufacturer models, it will squeeze brands like Miniso whose main proposition is based on low prices,” said Mark Tanner, founder of Shanghai-based marketing and research agency China Skinny.

Miniso said it’s trying to maintain its price advantage via overseas sourcing, diversifying from its main base of Chinese suppliers.

When asked about becoming a billionaire, Ye took a seven-second pause.

“I haven’t thought about this at all,” he said. “I am way too busy doing my normal work.”