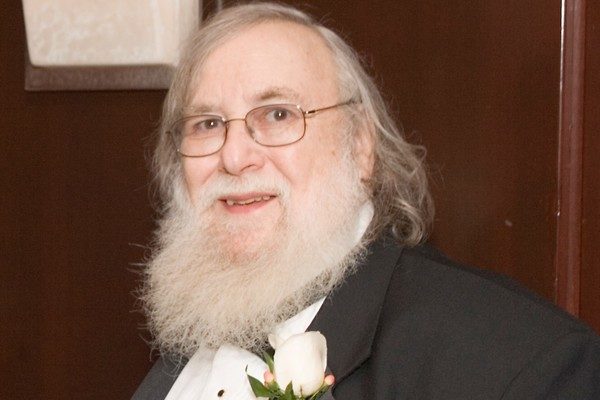 Red Bank, NJ, October 5, 2020—The customs brokerage and forwarding industry lost an industry giant on Monday September 28, 2020, when Stewart B. Hauser former chairman of D. Hauser Inc., died at the age of 78. With nearly five decades of industry experience, Mr. Hauser devoted his entire education and career to the facilitation of international trade and transportation as a customs house broker, foreign freight forwarder, teacher, consultant as well as holding various leadership positions of the NY/NJ Foreign Freight Forwarders and Brokers Association, including 13 years as president.

Recognized as an industry pioneer, Mr. Hauser entered the world of freight forwarding in 1963 when he joined his parents’ business, D. Hauser, Inc. Within five years, he earned his customs brokers and insurance brokers licenses and was named president of the company. In 1971, he founded his own airfreight company, Hauser Air Corp., which he incorporated into D. Hauser Inc. upon becoming chairman in 1991.

He had an active role on many committees within the NY/NJ Foreign Freight Forwarders & Brokers Association (NY/NJ FFFBA) as well as the National Customs Brokers and Forwarders Association of America (NCBFAA). He served as President of the NY/NJ FFFBA from 1993 to 2006 and continued as a chairman of the board and a senior advisor.

“Stew was a pioneer who dedicated his career to advancing the customs brokerage and freight forwarding industry. He made significant contributions while serving in various leadership positions of the NY/NJ Foreign Freight Forwarders & Brokers Association for nearly three decades. His commitment to the association combined with his accomplishments compelled us to honor him with the association’s first Captain of the Industry Award in 2016,” said Bill Skinner, president of the NY/NJ Foreign Freight Forwarders & Brokers Association. “He will be greatly missed for his keen wit, his insight into the industry, his willingness to share his knowledge and his ability to pose questions that made meetings run longer, known by many as ‘the Hauser effect.’”

In addition to his commitment to NY/NJ FFFBA, Mr. Hauser also served on various committees for the NCBFAA, where he was a board member, the treasurer and the association representative to Customs Electronic Systems Action Committee (CESAC). Mr. Hauser was instrumental in developing educational programs in conjunction with the NCBFAA, which over the years has grown into the “NEI” – NCBFAA Educational Institute, which continues to grow.

A 1963 graduate of Brown University, Mr. Hauser obtained his MBA in management from New York University, where he served as an adjunct professor while also serving as a professor at Northampton Community College in Allentown, Pennsylvania. In 2007, Mr. Hauser received the NYC World Trade Week “Global Trade Award” for his years of educating the trade community and his leadership role and affiliation with the NY/NJ FFFBA.

A graveside service will be held on Tuesday October 6 at 11 a.m. at Cedar Park Cemetery, 735 Forest Ave., Paramus, NJ. A memorial service will be announced at a future date. The family requests that in lieu of flowers donations be made to the Lothar Klestadt Memorial Scholarship Fund. PO Box 8217, Red Bank NJ 07701.