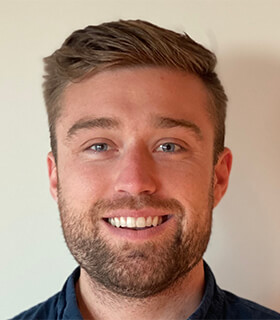 Freight forwarder Flexport has expanded its operations in North America with a new office in Canada.

Situated in Vancouver, British Columbia, home of the largest and busiest port in Canada, the new base gives Flexport direct access to a crucial region to North American trade, tapping into the high volumes of Asian trade on the transpacific eastbound (TPEB) lane, where Flexport achieved the rank of seventh-largest freight forwarder last month.

The office will be led by Anders Schulze, Flexport’s general manager, Northwest, while Kevin McCormick (pictured) has been promoted from senior global operations manager to Vancouver office head.

The company says it already has 10 trade experts, including four accredited and two licensed customs professionals in place, and is seeking to hire more sales, operations and customs employees to serve existing clients and grow new business.

“As a leading importer on the TPEB lane, Canada is critical to North American trade and Flexport’s growth strategy, especially today amidst ever-changing international trade relationships,” says Schulze. “Today’s news is an important next step in our mission to make global trade easy for everyone.”

The company says that through its digital platform, clients wishing to ship to Canada can now schedule and confirm pickups and deliveries, perform real-time shipment tracking at the SKU level, determine landed cost per unit, and quickly reconcile quotes and invoices – whether forwarding goods to Canada’s remote or developing hubs.

Capturing trade flows between North America and China has become a key aim for the company. Earlier this year, its finance arm released a new solution to help clients hit by the rise in tariffs as a result of trade tensions between the US and China.

Speaking to GTR at the time, Dan Glazer, vice-president of Flexport Capital, said: “We discovered that since January 2018 over 60% of Flexport clients have had products affected by the tariffs, resulting in higher duty payments. For them, the average landed unit cost has increased by about 30% when comparing the first half of 2019 to 2018.”