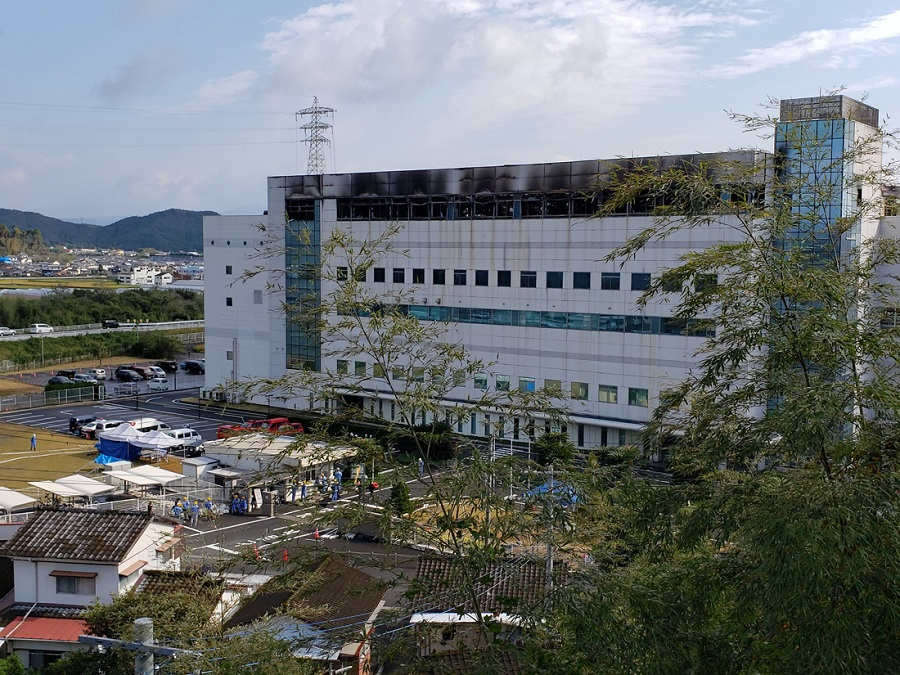 2020 is playing out like the plot of a strange sci-fi/fantasy story. While plague ravages the lands a cosmic war seems to have broken out between two of the ancient elements that humankind relies on most, for it is a battle of Fire vs. Music. Last February, music’s analog realm was devastated by an explosive fire at the Apollo Masters vinyl lacquer plant. Now, fire has struck again in an inferno that raged for three straight days crippling the digital realm by claiming an AKG audio-semiconductor factory. That ancient elemental force we all know as FIRE seems determined to destroy music, in the midst of the year that we all need the calming allure of our favorite music the most. Can 2020 get any worse? 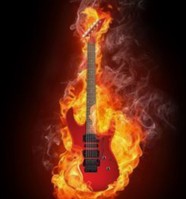 The three-day fire broke out at the semiconductor factory in Nobeoka City, on October 20th. Nobeoka City is a historic industrial town on the coast of Japan’s southwestern main island and home to one of Asahi Kasei Microsystem’s (AKM) most important chip manufacturing facilities. Many of the audio chips made at that particular facility are made nowhere else for the company and includes AKM’s world-renowned DACs and ADCs used in pro-audio and many up-scale consumer audio components. Firefighters battled the factory inferno that raged all the way to October 23rd. The only good news from this story is that all 400 factory employees were safely evacuated as the fire began, no casualties were reported among workers or firefighters. But according to semiconductor new source SemiMedia, the firefighters faced the worst chip factory fire seen in recent memory. On the second straight day of struggle, another fire ignited elsewhere in the building’s fifth floor as sections of the walls and roof collapsed into the factory. Meanwhile, the firefighters had to protect themselves against a strong gaseous chemical believed to be hydrogen chloride created by burning electrical cables. But in the closing moments of Day 3, the firefighters had fully extinguished the blaze at around midnight of October 23rd, that’s a full 82 hours of war against a determined force of nature.

But sadly, the music could not be saved. SemiMedia says that the fire completely devastated the site and it’s likely to remain completely offline for at least six months as AKM rebuilds. Impact on the audio-chip supply chain was immediate as companies using AKM parts began panic buying, increasing orders in an effort not to be caught short in the near future.

AKM Group has said that it will try to escalate outsourcing to meet some of the demand for its parts, but there will be shortages in the kinds of specialized audio chips the company made at the plant. The overall IC market won’t be affected by the fire, so your basic memory cards, flash memory and processors should remain readily available as you scan the aisles at your local PC shop. However, the fire will likely cause a ripple effect across the audio industry as it directly compromises the supply chain for pro-audio components and certain parts of consumer audio, especially in higher-end equipment. AKM is one of the world’s largest suppliers of DACs and ADCs used in everything from recording, sampling and creating music by artists and DJs, recording albums and even creating digital sound-effects and soundtracks in film. The whole industry may begin to see some shortages and price hikes. Only a week ago a pro-audio equipment manufacturer out of Germany, SPL released a new line of monitor controllers featuring AKM semiconductors, the Control One and Marc One, let’s hope they’ve got plenty of stock in the pipeline, because it may be awhile before they’re making new units. Many of your favorite consumer audio brands such as Denon, Marantz, Anthem, Onkyo and Monoprice use AKM DAC’s in their AV receivers and Processors.
These aren’t parts that can easily be swapped out for an alternative without a PWB level hardware change. How will these companies adapt with a potential parts shortage looming especially with product shipment delays and shortages due to COVID-19?

On the home audio side of the market, few companies were as concerned about the effects of the fire in Nobeoka City as Sound United with both Marantz and Denon releasing new AV receivers just this year. Senior VP of Product Development from Sound United told Audioholics.

“We were saddened to have heard the news of the fire at the AKM factory in Japan. Having been long-time partners and personal friends with the AKM team in North America and in Japan, we sympathize with AKM as they work through this challenge. The good news is we have the parts we need to ensure our dealer partners have products to sell during the holiday buying season this year, and into 2021. Further, we’re in talks with multiple parties to better understand the longer-term effect on our product supply with an eye towards mitigating potential shortages in the future. That picture is coming into clearer view, but still requires much due diligence.

Let’s remember that after the 2011 Japanese earthquake there was significant damage to our Shirakawa factory, yet we bounced back from that in short order. We believe that level of resiliency is shared among our friends and colleagues at AKM and we look forward to them being operational in the future.”

La Grou is the CEO of Millennia Media, a large professional audio component manufacturer that makes equipment used by both record and film industries. Millennia’s equipment is so widely embedded into the industries that make sound that the company’s unofficial motto says:

“Millennia has likely played a role in some of the music you’ve listened to today.”

Speaking about the devastation to his company’s supply chain in the wake of the AKG fire, Grou recently said:

“Every AKM part we use—ADCs, DACs, ASRCs and Receivers—is made exclusively in the Nobeoka plant… Of course, all AKM audio parts immediately disappeared from front-line distributors [such as] Digikey, Mouser, etc. And now the after-market brokers are selling AKM parts at horrific mark-ups. We saw one $5 AKM part being offered at $110 each.”

Get Em While They’re Hot! (no pun intended)

One niche in the consumer audio industry that will be particularly hard-hit by a temporary loss of AKM parts is the one that serves high-end headphone enthusiasts. Many of that community’s favorite DAC/Amps and DAPs for both stationary in-home and portable hi-fi headphone listening are likely to feel shortages in coming months. Beloved brands like Schiit, JDS Labs, SMSL, Topping, Monoprice and Fiio are all well-known for making excellent products that use AKM chips to bring high-end sound to headphones at a variety of price ranges. Monolith is well-known among headphone aficionados for its accessories, like the legendary Monolith portable headphone DAC/Amp and is already warning customers about possible shipping delays for select products that feature AKM DACs. So, if you’ve been thinking about buying any audio products that are liable to carry AKM’s DACs, you’d better check for available stock and act fast, it could be awhile before we see them return to stores.

Damn you, FIRE! Okay, I’ll admit it, I love that flame gives us grilled meat and I need its warmth in the winter, but I love music and fine audio too. Here’s hoping that this cosmic war between the forces of fire and music can find peace, along with an end to this plague—the sooner the better!

Some of our favorite audio manufacturers may be panic buying AKM semiconductors after a fire destroyed a key factory in Nobeoka City, Japan. Fortunately, nobody was hurt, but the fire that raged for three straight days has taken manufacture of AKM DACs and other important components completely offline for at least six months.

More bad news for audio arrived just months after another devastating fire took out the Apollo Masters lacquer plant in California, leaving fans of analog vinyl without the source for some 75% of the world’s lacquer masters, creating delays in new vinyl releases and scheduled reprints of older albums. This time, fire attacked the digital realm via the source for nearly half of the DACs, ADPs and other audio processing chips used in higher-end consumer hi-fi and pro-audio components. To say 2020 has been a bad year is an understatement, but it’s been especially tough on audio. You’d think we were living through some kind-of cosmic imbalance, amid a plague that has changed everything, fire seems determined to destroy music. I know, I know, things can always get worse. But I say we ought to be watching out for any meteors moving into our solar system, at least for the next couple of months.

Here’s the full story, we included responses & fallout we’re seeing from the accident in consumer and pro-audio industries:
Fire Destroys AKM Audio Chip Factory: Can 2020 Get Any Worse?
41612

Bosch might still build a new factory in western Romania