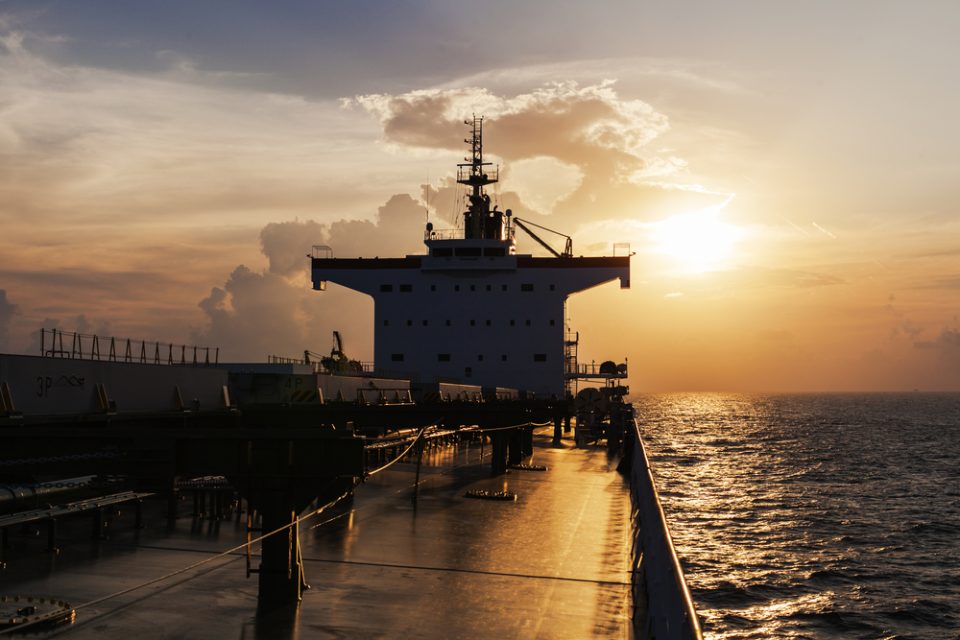 By Aaron Clark, Rajesh Kumar Singh and Kevin Varley (Bloomberg) — An estimated 400 seafarers and roughly 2 million tons of coal are stuck on ships off the northeast coast of China, as a spiraling diplomatic row with Australia threatens to turn into a humanitarian crisis.

At least 21 bulk carriers are anchored off the Port of Jingtang, unable to offload their Australian coal cargo that could be worth around $200 million, depending on its quality. Fifteen of the ships have been waiting since June, according to an analysis of shipping data conducted by Bloomberg. The remainder have been delayed at least four weeks.

Mumbai-based Great Eastern Shipping Co.’s Jag Anand bulk carrier arrived around mid-June and has been in limbo ever since. China customs hasn’t cleared its cargo, according to a company spokesperson who asked not to be named due to internal policy. Jingtang isn’t allowing crew to get on or off the vessel, citing Covid-related protocols, and the ship’s charterer has refused to allow the vessel to sail to another port to relieve seafarers, said the spokesperson, who declined to name the charterer.

China Foreign Ministry spokesman Wang Wenbin acknowledged the plight of one Indian ship berthed near Hebei, telling a briefing Friday that authorities had not restricted the ship from leaving. Wang blamed the situation on the freight-forwarder’s reluctance to adjust sailing plans “due to commercial interests.”

The standoff at the port, roughly 230 kilometers east of Beijing, compounds a broader threat to the shipping industry. Some 400,000 mariners are overdue to get off their boats; Covid-19 protocols at ports, canceled flights and, increasingly, charterer mandates have made it more difficult for ship owners to arrange swaps. The crisis has exacerbated labor violations, threatening seafarers’ safety and global supply chains.

Seafarers on the Indian-flagged Jag Anand are being supplied with food, water and medicine from local agents, said the Great Eastern Shipping spokesperson. China’s General Administration of Customs didn’t immediately respond to a fax seeking comment. A Jingtang port official said she wasn’t aware of the issue and declined to comment. The terminal is owned by the Tangshan Port Group Co.

Under normal conditions, ships typically take a few days to berth at Jingtang, although the duration can increase to 15 to 20 days if it’s busy, according to the Great Eastern spokesperson. The northern port is one of the nation’s key gateways for metallurgical coal imports used in steel production. Nine of the cargoes originated from Hay Point in Australia, with eight from Gladstone and four cargoes from Dalrymple Islet.

The political spat between Beijing and Canberra is escalating into a one-sided trade war, with China blacklisting commodities and foodstuffs from coal to lobster. Trade this year had also been snared in virus measures amid port restrictions to halt the spread of Covid-19.

The ships, which mostly consist of Capesize and Panamax Dry bulk carrier vessels, typically require a crew of about 20 people. Australian coking coal for November on the Singapore Exchange traded near $104 a ton on Thursday.

–With assistance from Annie Lee, Winnie Zhu and Colum Murphy.

Fire Destroys AKM Audio Chip Factory: Can 2020 Get Any Worse?