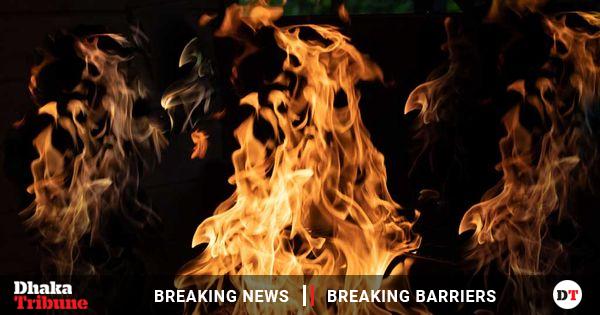 Six firefighting units are working to douse the blaze

A fire has broken out at a garments factory in the new zone of Dhaka Export Processing Zone (DEPZ) in Ashulia, Savar.

Six firefighting units are working to douse the blaze which broke out around 11pm on Saturday.

Initially, however, he could not confirm the cause of the fire or the extent of the damage.

Jahangir said the fire service was informed when smoke started coming out from a warehouse on the second floor of the five-storey factory.

Four units of the fire service reached the spot immediately and started working to control the fire. However, as the fire was intense, two more units from Savar joined them soon.

“The fire could not be brought under control till now but it will be done soon,” he added.

Coronavirus Update: How Emerging Diseases are Linked to Factory Farms

Intelligent Factory Floor with TensorIoT, AWS, and Intel to be highlighted during AWS Manufacturing and Industrial IoT Web Day on July 22

Factory employees donate to causes close to their heart