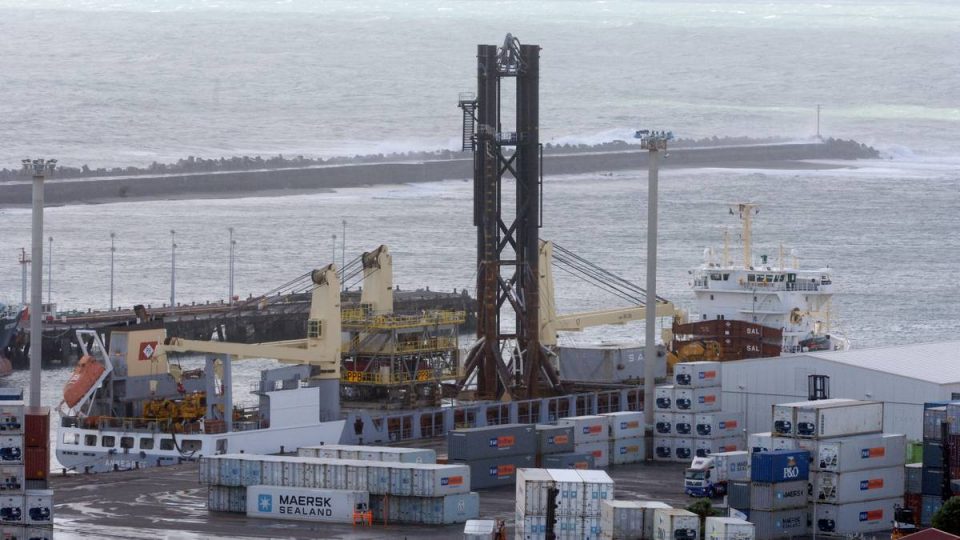 An inquiry is underway at Port Taranaki in New Plymouth after a visiting worker later tested positive with Covid-19. Photo / File

New Zealand’s latest case of Covid-19 justifies concern about our sea ports being possible entry points for the virus, a leading expert says.

The man, a worker from Auckland who went to Port Taranaki in New Plymouth last week, tested positive on October 16.

He sought a test the same day he began showing symptoms and has since been shifted to Auckland’s Jet Park quarantine facility, together with some close contacts.

Director-general of health Dr Ashley Bloomfield said the man had driven by himself to New Plymouth on Tuesday, October 13, stayed in a hotel, and worked on a ship the next day.

He checked into another hotel on October 14 but decided to drive home that evening and was back in Auckland by Thursday.

Bloomfield said this offered a good explanation for where the likely source of infection was.

“This is most likely a border-related case … so far there is no evidence of any onward community transmission.”

The two hotels have since been deep-cleaned and officials decided the risk to the community remained too low to change alert level settings.

The man had worked on two ships docked in Auckland and Taranaki. One had also travelled to Lyttleton and Napier, and although no crew were showing symptoms, all needed to be cleared before they could step ashore.

“There are several reasons for that. This case happens to be the first definitively linked to a sea port, so it’s a really unique event for New Zealand.”

Baker expected, bar some disruption, the flow of shipping in and out of the country’s 15 ports had changed little over the pandemic.

“And this particular interface with the outside world has always had less attention than perhaps it deserves,” he said.

“So I think this is really an indication that concern around sea ports is justified.”

Port Taranaki was now working with health officials to find out how the case arose, and what contact the man might have had with other staff.

“At this stage, the Ministry of Health has determined only one staff member had brief contact with the confirmed case,” Port Taranaki chief executive Guy Roper said.

Contrary to the belief that Covid-19 cases aboard ships cycled out over time at sea, Baker said there was modelling to show that transmission could be sustained for long periods – and even among small crews.

The Maritime Union of New Zealand said the case highlighted a need to limit the number of international ports here, and implement domestic coastal shipping on a “hub and spoke” model.

The union’s national secretary, Joe Fleetwood, said the risk of having international ships carry domestic freight between all of the country’s ports had been raised by the union repeatedly.

“Right now nearly all of our domestic sea freight is carried by international ships running international crews who are not covered by New Zealand law,” he said.

“It means that every single one of our ports is an international border point and it puts our members and the public at risk.”

Fleetwood argued there should be two ports on both islands that receive international shipping, and all other cargo should be securely shifted by New Zealand-flagged vessels.

The Government’s recently updated border regime means higher-risk workers – or anyone who goes on board or works around an international vessel at a port – must be tested fortnightly.

“The public should be reassured that the measures around our ports now are very strict … including PPE and regular testing regimes,” Bloomfield said.

Baker also stressed that the worker had done all of the right things by getting tested quickly after they developed symptoms.

“And this case has also shown that our contact tracing systems can kick into gear and respond effectively,” he said.

“It’s a sign the system is going very well and that the outbreak is likely to be contained very quickly.”

Fire at garment factory in DEPZ

Commentary: At 100, the Jones Act has many wrinkles

Tired All the Time? Here Are New Ways to Recharge as the Pandemic Drags On