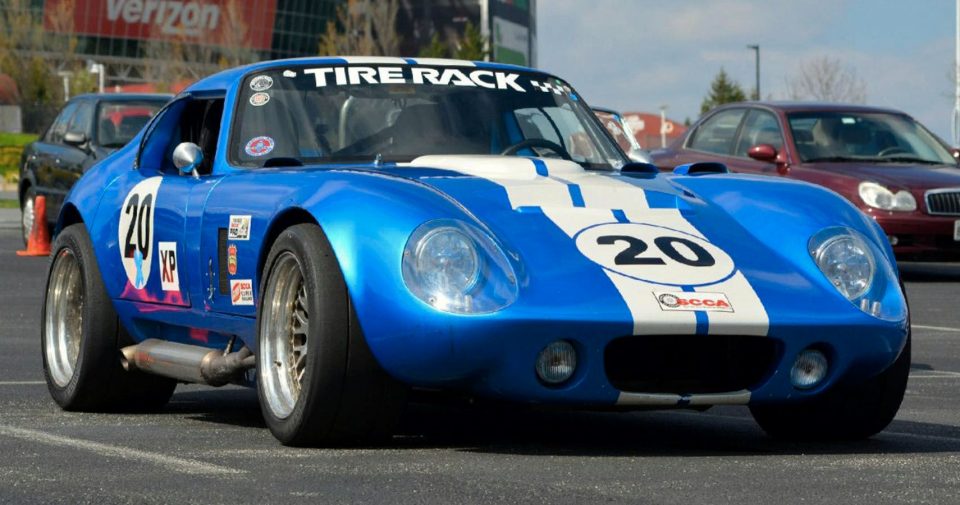 The world of online car auctions has exploded recently, as sites like AutoHunter and Cars and Bids try to capitalize on the proven success of Bring a Trailer.  Even established auction companies like Mecum and Barrett-Jackson had to take things virtual this year, due to the coronavirus pandemic that led to plenty of canceled events like the Pebble Beach Concours d’Elegance. While BaT, AutoHunter, and Cars and Bids all try to make the cash flow, sometimes an auction for charity pops up amongst the never-ending parade of Porsches. Now, Mecum has gotten into the charitable spirit in partnership with the SCCA Foundation to auction off a fun Factory Five Racing Type 65 Daytona Coupe, which has been donated by benefactor Ben Lambiotte in memory of another SCCA member, Wade Chamberlain.

Built in the style of the Shelby Daytona Coupe, a middle stage between the Cobra and the GT40 that was largely glossed over in the recent Matt Damon and Christian Bale buddy biopic Ford v Ferrari, this Factory Five project car was built up over 11 months after Lambiotte purchased the kit new in 2008. Highlights include a Shimrin Fine Metallic Stratto Blue exterior, with Snow White Pearl stripes, by House of Kolors. Under the hood lurks a 347ci stroker V8 built up using a Ford Racing Boss block, RaceTech pistons, ARP bolts with Chevy pins, and Mahle exhaust valves and H beam rods.

The engine also employs CNC-machined chamber heads, plus a solid roller cam and solid roller lifters from Jay Aleen, in the hopes that it can prove reliable during spirited driving. A power steering system helps tame the beast, as do 11-inch and 12-inch wide wheels, front and rear respectively.

In a statement, Lambiotte said, “Over the years I was involved in motorsports, I received great instruction, mentoring and fellowship from members of SCCA’s Washington DC Region, and saw firsthand the good work the organization did to promote safety, sportsmanship and automotive knowledge among people of all ages from all walks of life. I also very much appreciate SCCA’s legacy and storied role in American amateur road racing, stretching back to when open-top Cobras drifted around hay bales on makeshift tracks across the country. It is fitting that the BDC return to this fine organization a small part of the benefits I gained in my affiliation with it.”

The coupe will be featured on the big stage at the televised Mecum Auction on Saturday, January 9th.

Michael Van Runkle grew up surrounded by Los Angeles car culture, going to small enthusiast meets and enormous industry shows. He learned to drive stick shift in a 1948 Chevy pickup with no first gear and currently struggles through LA traffic in a 2001 Audi TT 6-speed. These days he mostly rides his bicycle in town and heads out to Malibu or the Angeles Crest Highway for fun mornings in the canyons. He’s written in various media since graduating from UC Berkeley in 2010.

Tulip Bodmin to lose more than 120 jobs, but meat factory will stay open

Thinking of resetting my new Mini 12 to factory standards…