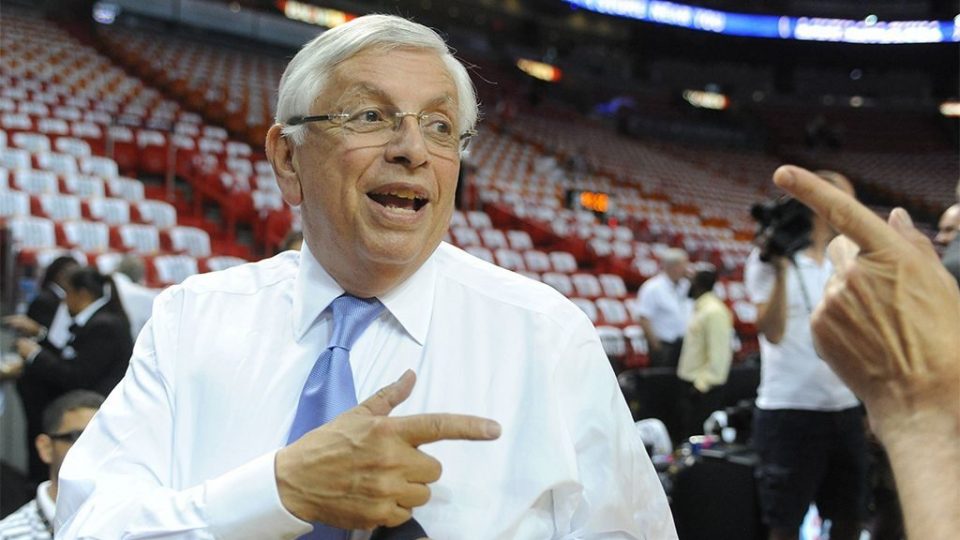 NBA fan Jon Schweppe discusses how he and other basketball fans were censored at an NBA game for showing their support for Hong Kong.

Former NBA Commissioner David Stern, who first exported the league to China 31 years ago, fired back at U.S. politicians Tuesday, calling them “totally hypocritical” for criticizing the league’s handling of its ongoing dispute with the Chinese government.

Stern, who made his first visit to China in 1988 when he signed a deal with Chinese Central Television (CCTV) to broadcast NBA games, knows the issues on both sides of the Pacific Ocean. He argued that public, bipartisan criticism was disingenuous given a key element of trade talks between the U.S. and Beijing.

“I think, over time, it will work itself out, and it’s best for everyone to stay calm and stay relatively quiet, because some of the criticism of the NBA was, ‘How dare they try to sell uniforms or TV in China?’” Stern told FOX Business. “Let’s watch to see what happens with the China trade deals with the State Department and the trade negotiator, because the last time I looked, the U.S. was trying to sell China $50 billion worth of pork belly, soybeans and farm products.”

Vice President Mike Pence led a bipartisan chorus of critics who ripped the NBA last month for failing to adequately defend Houston Rockets general manager Daryl Morey’s right to free speech after he tweeted support for pro-democracy protests in Hong Kong. At the same time, President Trump has touted Beijing’s commitment to buy up to $50 billion in agricultural products as a major development in progress toward an end to the U.S.-China trade war. As of Tuesday, negotiations on that purchase were said to have stalled.

Silver’s defense failed to placate the NBA’s critics. Pence accused the league in a speech of “acting like a wholly-owned subsidiary” of the Chinese Communist Party. In separate remarks, President Trump singled out NBA coaches Steve Kerr and Gregg Popovich for failing to speak out against authoritarian practices in China despite their track record of commenting on social issues in the U.S.

“We’ve adhered to our core values from the first moment,” Silver said during an appearance on TNT’s “Inside the NBA” hours after Pence’s speech on Oct. 24. “To the extent that there was any doubt about that, we reinforced that those are our core values.”

Silver added that the NBA would continue to pursue its business interests in international markets unless the U.S. government advised otherwise.

CCTV has yet to air an NBA game since Morey’s tweet went live on Oct. 4, and there is no clear indication of if or when the league will be able to mend its relationship with the Chinese market. The league’s business in China is worth $4 billion, according to a recent estimate by Forbes.

Despite lingering tensions, Stern said he believes the NBA’s relationship with Chinese fans and sponsors is salvageable. He praised Silver, his handpicked successor as commissioner, for navigating the politically fraught situation.

“Adam is doing a great job. He’s doing a great job of being responsive and honest, but at the same time, standing up for American values, which is, Daryl Morey had the right to say whatever he wanted to say,” Stern said. “Once again, sports becomes the fulcrum of examining important issues.”

Lagging Retail Stocks Will Soon Face Their Next Big Test

What can agencies do today to guard against hacks like SolarWinds? — GCN