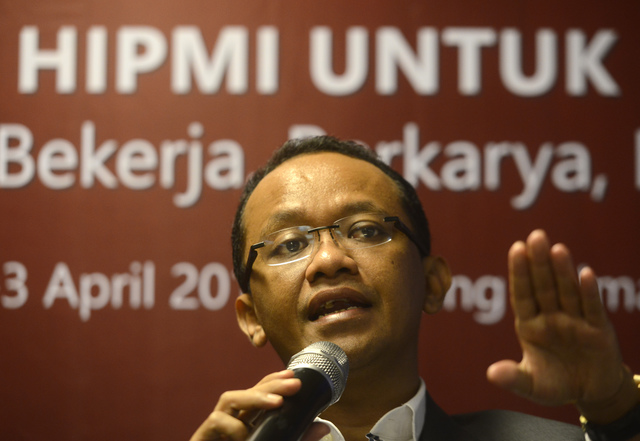 Jakarta. Contemporary Amperex Technology, or CATL, a battery manufacturer from China, has decided to invest $5.1 billion to build a manufacturing plant for electric vehicle batteries in Indonesia, the country’s top investment official said on Monday.

The Head of Investment Coordinating Board Bahlil Lahadahlia said the company has recently signed the investment agreement and would break ground for the plant in 2021.

“The investment is about $5.1 billion. We signed the agreement when we were in China recently. The groundbreaking will commence in 2021,” Bahlil said.

The investment shows Indonesia’s ambition to become a key player in global green energy supplier is taking shapes. The largest economy in Southeast Asia is betting on its nickel reserve, which accounts for 25 percent of the world’s proven reserve, to support that ambition.

“It’s all comes down to our nickel. 85 percent of the raw material for the battery comes from Indonesia. So Indonesia must be a key player in renewable energy, especially in the electric battery,” Bahlil said.

Meanwhile, South Korean carmaker Hyundai has been making progress on its electric car projects in Indonesia.

Lee Kang Hyun, the vice president and chief operating officer at Hyundai Motor Asia Pacific, said construction of Hyundai’s electric car plant in the country, which is also the company’s first manufacturing center based in Southeast Asia, has been 65 percent complete.

“Hyundai has started to build a factory in Delta Mas, Cikarang, despite the Covid-19 pandemic, with the full support of the governor and related ministers. Now, it has been 65 percent complete,” Lee said during a West Java Investment Summit 2020 press conference in Bandung on Monday.

Lee said the company targeted the factory — which costs $1.55 billion to build on 77.6 hectares of land — would start producing combustion engine cars by the end of 2021 and electric cars in 2022.

The factory’s commercial production capacity is projected to reach 150,000 units in the second half of 2021, about 60 percent of its full capacity of 250,000 units per year.

If you ordered a ‘gift’ from Club Factory, Shein or Ali Express — it might not make it through customs in India

Is This A Sign of Things To Come At Card Factory (LON:CARD)?