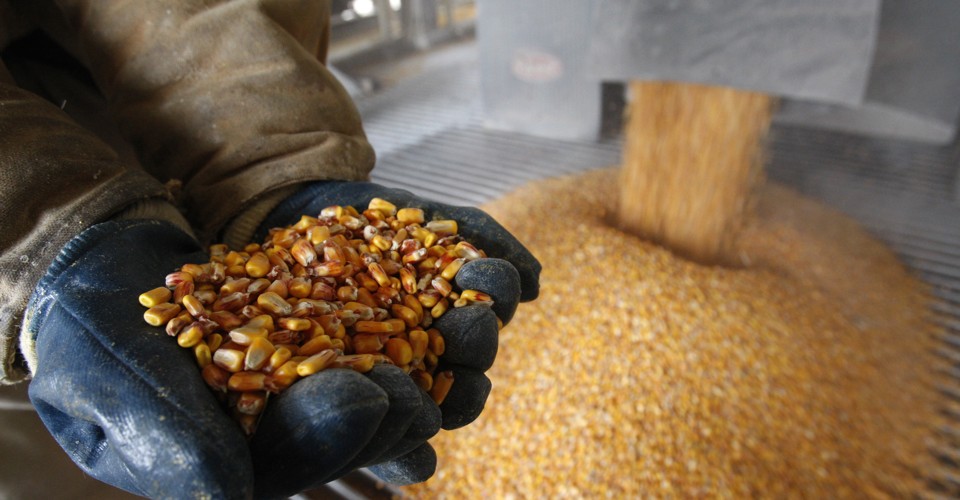 Read: How the U.S. protects the environment, from Nixon to Trump

The compliance burden falls most heavily on large refiners, but it most immediately threatens the small ones, for whom the law has created a case-by-case hardship exemption. As a result, small refiners put enormous pressure on the White House and the EPA to exempt them from the RFS. And because the EPA tends to grant the small-refinery exemptions in batches (in August of this year it granted 31 of them), the exemptions drive RIN prices down. Angry corn producers then besiege the White House with an army of hired lobbyists and members of Congress, demanding that the EPA allow the sale of higher-percentage ethanol blends and promulgate a higher overall target-volume RFS. As a result of these opposing forces, the government oscillates between helping refineries and helping corn producers, in a pattern that has been almost perfectly continuous since the Obama administration first exercised the refinery exemptions, in 2013.

Ethanol mandates are a marvelous candidate for deregulation—but they are caught in the middle of such a withering cross fire of special-interest groups that nobody in the White House wants to touch the issue with a 10-foot pole, as I saw firsthand during my years there. In October 2018, after months of hesitation and internal consternation, President Donald Trump ordered the EPA to move toward allowing E15 to be sold year-round and suggested fixes to the RIN market, and earlier this year the EPA proposed a higher overall volume RFS. The sale of E15 may create a backlash once the public learns about the downsides of higher ethanol blends, especially for older vehicles. Moreover, the problems of the RIN market are not endogenous to that market; they are created by the underlying RFS program, and a higher-volume RFS will make those problems worse. Officials in the EPA’s Office of Air Regulation, who have the misfortune of being required by law to administer the program, struggle to make anyone happy. It’s an impossible task.

A major 2011 study by the National Academies of Sciences found that biofuels can be cost-competitive with fossil fuels only in an economic environment of high oil prices. It assessed that biofuels would only be competitive with fossil fuels by 2022 (when the statutory RFS targets expire) if gasoline was about $5 a gallon (or $191 per barrel of crude oil). Even then, that represented the Department of Energy’s worst-case scenario projection for 2022. Then came the shale revolution, and now the Department’s projected worst-case scenario for 2022 is significantly lower, about $4 a gallon ($140 per barrel of crude oil), and more likely $2.50, or even $2.

In fact, perversely enough, the RFS expands the supply of gasoline, thereby helping keep fossil-fuel prices low in the long run. That’s particularly perverse from the climate’s point of view. The single biggest obstacle to a completely carbon-free future is the fact that automobiles, airplanes, and ships are tethered to oil as an energy source—whereas almost everything else that consumes energy just needs to connect to the electricity grid. If federal officials ever got serious about climate change and facilitated rapid deployment of nuclear energy, electricity production could be down to zero carbon emissions within a decade or two. If on top of that all, vehicles were electric, you’d be close to zero carbon emissions for the economy as a whole. By expanding the supply of gasoline, the RFS program helps ensure that gasoline-powered cars remain on the road longer.