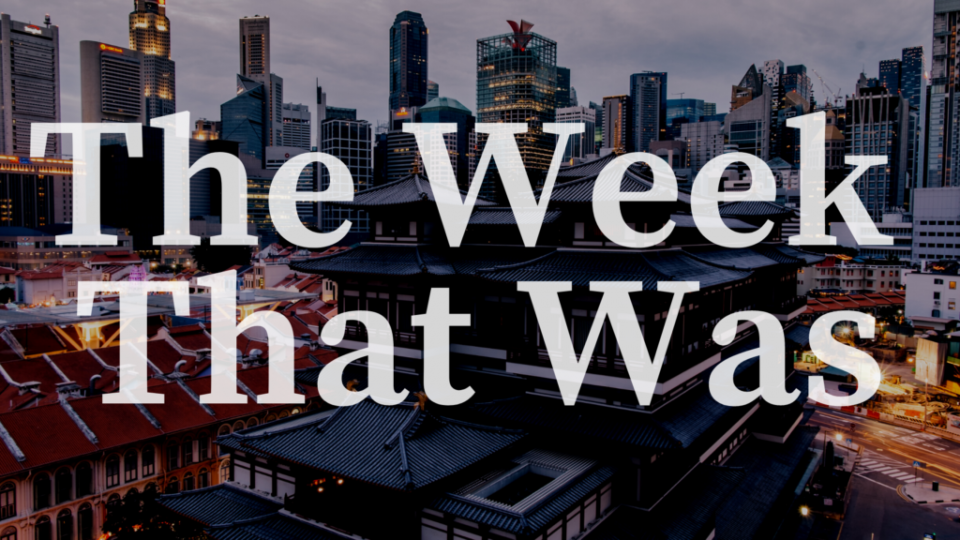 The biggest news this week was probably that of US President Donald Trump testing positive for COVID-19. His packed schedule over the last several days means that people whom he had been in contact with are also at risk of contracting the virus. Already, in addition to the First Lady Melania Trump, Trump’s senior advisor Hope Hicks and former aide Kellyanne Conway, at least two senators and three journalists are reported to have tested positive as well.

Apart from upending the schedule of the campaign for the US presidential election, just a month away, their diagnoses remind everyone of the virus’s omnipresence and impact on every aspect of life. Markets globally were rattled by the news, which added to the volatility ahead of the election on November 3.

Uncertainty remains in pockets of the private capital market, even as a few broad themes continue to attract investment.

As investors seek out top managers with track records, global private equity giant KKR & Co has raised an additional $258 million for its fourth Asia-focused buyout fund. KKR has raised more than $11 billion so far for the fund – which has a target corpus of $12.5 billion.

An analysis of private equity and venture capital fundraisings in India this year suggests that first-time fund managers are struggling to raise capital. The amount raised by eight new managers so far this year is down 68 per cent from the previous year. Capital raised by older GPs in India so far is 20 per cent down from a year ago when funds raised hit a high of $4.75 billion.

In China, however, dealmaking seems to be back on track as companies raised $4.22 billion in August alone across VC and PE transactions, according to proprietary data compiled by DealStreetAsia. There were 101 deals in the month, the largest of which was JD Health raising more than $839 million from PE major Hillhouse Capital.

In Southeast Asia, Philippines’s Ayala Corp closed the country’s largest venture capital fund at $180 million, 20% above target. The fund will focus on tech-enabled startups in the construction and property sectors, as well as fintech and e-commerce players.

In Vietnam, a look at the logistics sector by our reporter on the ground noted how global fund managers have scooped up assets such as warehouses and customised storage spaces in the country.

Meanwhile, the CEO of Indonesia’s most-funded trucking company expects activity in the sector to pick up, after a pandemic-induced slump. Waresix has raised more than $127 million over four funding rounds. Its most recent fundraise, a $100 million Series B, drew SoftBank, Pavilion Capital, and Jungle Ventures as investors.

In China, US real estate investment manager LaSalle Investment Management raised another $379 million for its logistics fund focused on assets in the country, LaSalle China Logistics Venture. The fund has a target corpus of $1 billion.

Another industry that has seen traction is food tech. Just this week, Singapore-based Shiok Meats raised $12.6 million to produce cell-based shrimp, which it plans to bring to market in 2022. Investors in its Series A round include Japan’s Real Tech Fund and Toyo Seikan Group Holdings; Korean family office Iron Grey; as well as Singapore’s agrifood investor Makana Ventures.

Separately, foodtech startup Next Gen launched itself in Singapore with $2.2 million in seed funding. Founder Timo Recker points out that more than $1.5 billion in investment has gone into plant-based meat products in the first seven months of 2020 alone; that’s already three times the $534 million that was invested during the whole of last year.

Fintech continues to garner interest, with a number of fundraises this week.

In the Philippines, payments processing startup PayMongo secured $12 million in a Series A round led by online payment processing firm Stripe. PayMongo has raised nearly $15 million in little over a year since its founding in June 2019.

With the ongoing tensions between the world’s two largest economies, the US and China, there have been uncertainties about Chinese companies’ international operations and expansion.

A study of Tencent Holdings’ investment activities noted that the Chinese tech giant has been aggressively expanding its global footprint, striking a new deal every three days on average.

It seems to be already pulling back from India, for instance, once a major market for it. The company invested $87 million across seven Indian startups so far this year; that’s only a fraction of what it did last year.

However, Tencent is growing its presence in Southeast Asia, where its domestic rivals Alibaba and ByteDance are also building up their operations.

We also carried an exclusive interview with the CEO of Chinese insurer Ping An’s Global Voyager Fund, Jonathan Larsen. In his view, given that the fund’s transactions are mostly non-control investments, the restrictions imposed by the Trump administration have little impact on its business. Larsen, who is also chief innovation officer at Ping An, told DealStreetAsia that the fund has received interest from investors outside of the group, who could potentially become partners of the fund’s portfolio companies.

Finally, the DealStreetAsia – Research and Analytics team has done an in-depth study in its latest exclusive report on private marketplaces in the region.

Three new regulated private exchanges have been launched in Singapore in response to increasing demand for liquidity. But given that secondary trades on the three exchanges only started in the last year, the level of investor interest remains to be seen.

Nevertheless, as the venture capital market in Southeast Asia matures and exits take place, these exchanges will no doubt facilitate liquidity.