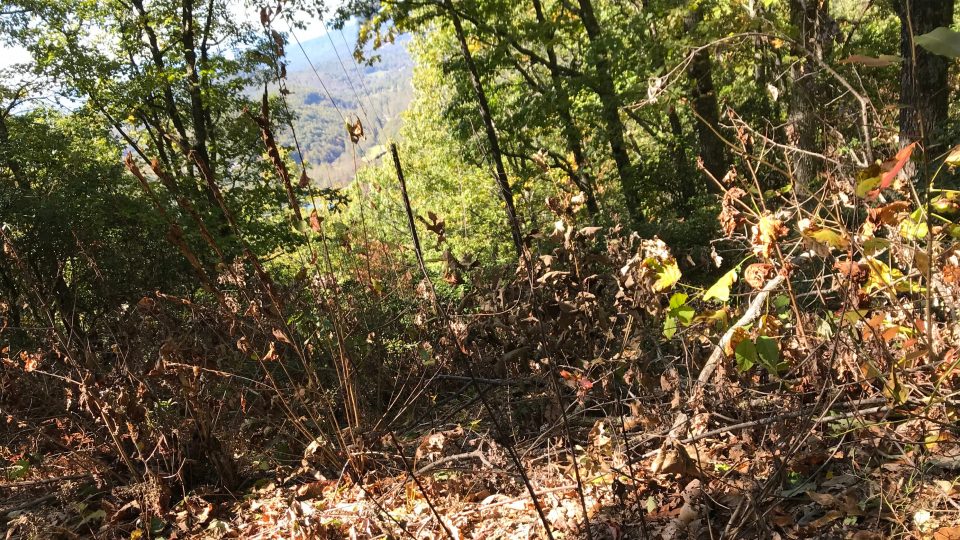 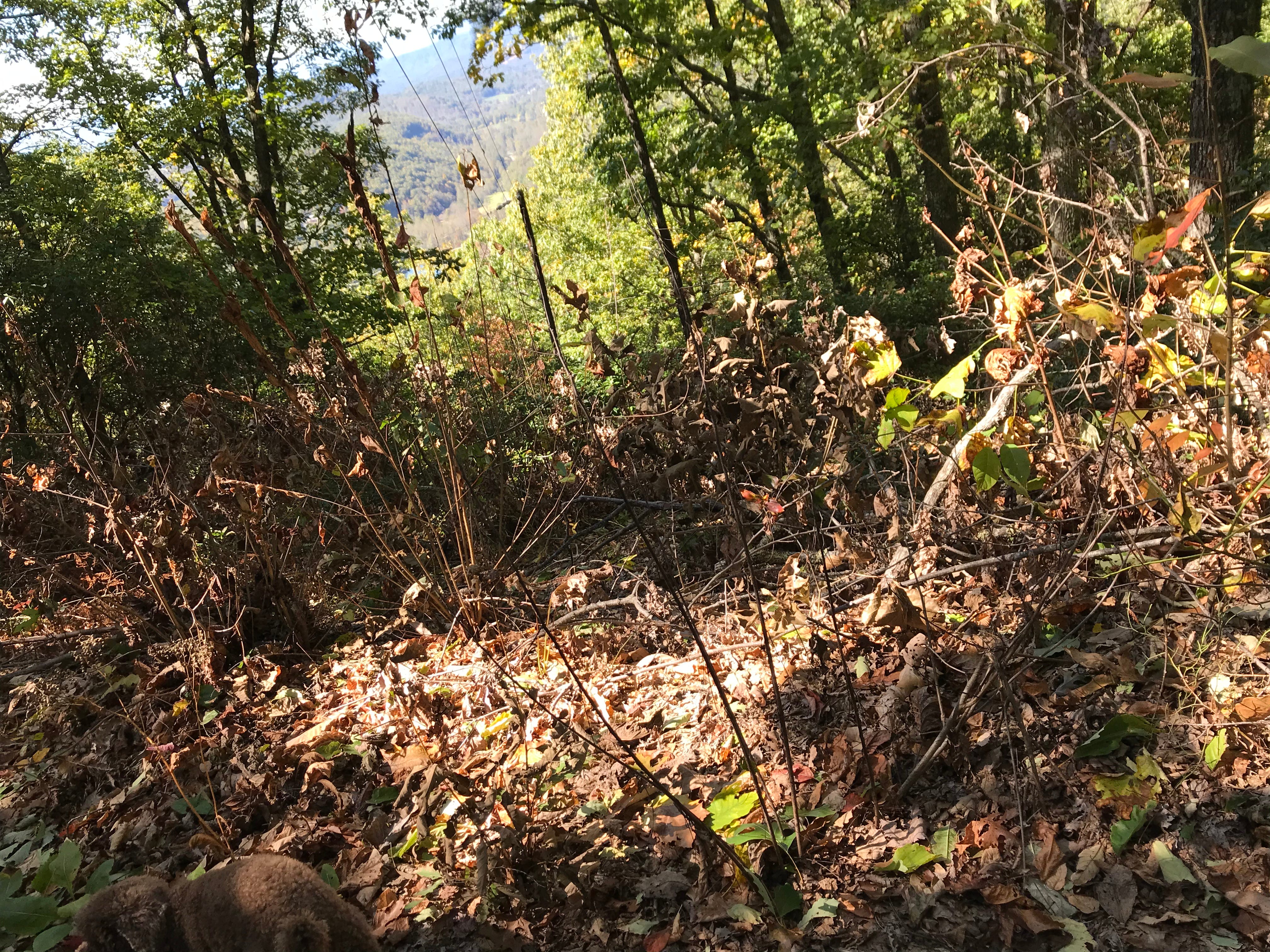 Today’s batch of burning questions, my smart-aleck answers and the real deal:

Question: In all the years I’ve lived off Old Fort Road in Fairview, I’ve never seen the amount of vegetation killing done by Duke Energy. The swath is huge, and it included using a helicopter for spraying near Echo Lake. Also, all along our roads under the power lines, it’s as though a disease wiped out the plants, even an area where lady slippers grow. This has to be toxic to us, right? What did they use, and is it seeping into our well water as well?

My answer: Look, when have we ever found that herbicides or pesticides sprayed willy-nilly have caused any real problems to humans or the planet? Other than Agent Orange. Or DDT. Or Roundup…OK, we may want to reconsider some things.

Real answer: Duke Energy spokesman Jeff Brooks said the utility company sprayed in the area in question on Sept. 9, with the vegetation die-off occurring subsequently. This was the first aerial application in this particular area, but it’s the fourth in the last three years in Western North Carolina, covering more than 500 acres.

We’ll start with why Duke opts for the helicopter.

“It’s a comprehensive process to ensure our power lines remain reliable and nothing interferes with the lines,” Brooks said. “We do this not only so the vegetation does not come in contact with the lines, but also to maintain access to the lines for our crews.”

These are typically larger transmission lines that serve thousands of customers, Brooks said. In places like the one in question, the terrain is steep and rugged, making it difficult to spray or manually trim or mow weeds, brush and trees on foot.

“We have to make sure our crews remain safe when they do this work, and in some area where the elevations are uneven, it’s safer to use aerial applications than send crews in,” Brooks said.

The material used is a mix of herbicides and includes Triclopyr, Krenite, Escort and Method. Each product addresses different species of weeds and brush, Brooks said.

Brooks and Duke maintain the chemicals used in the aerial spraying are carefully mixed and applied, and they do not pose a risk to drinking water. The Environmental Protection Agency regulates the use of herbicides. 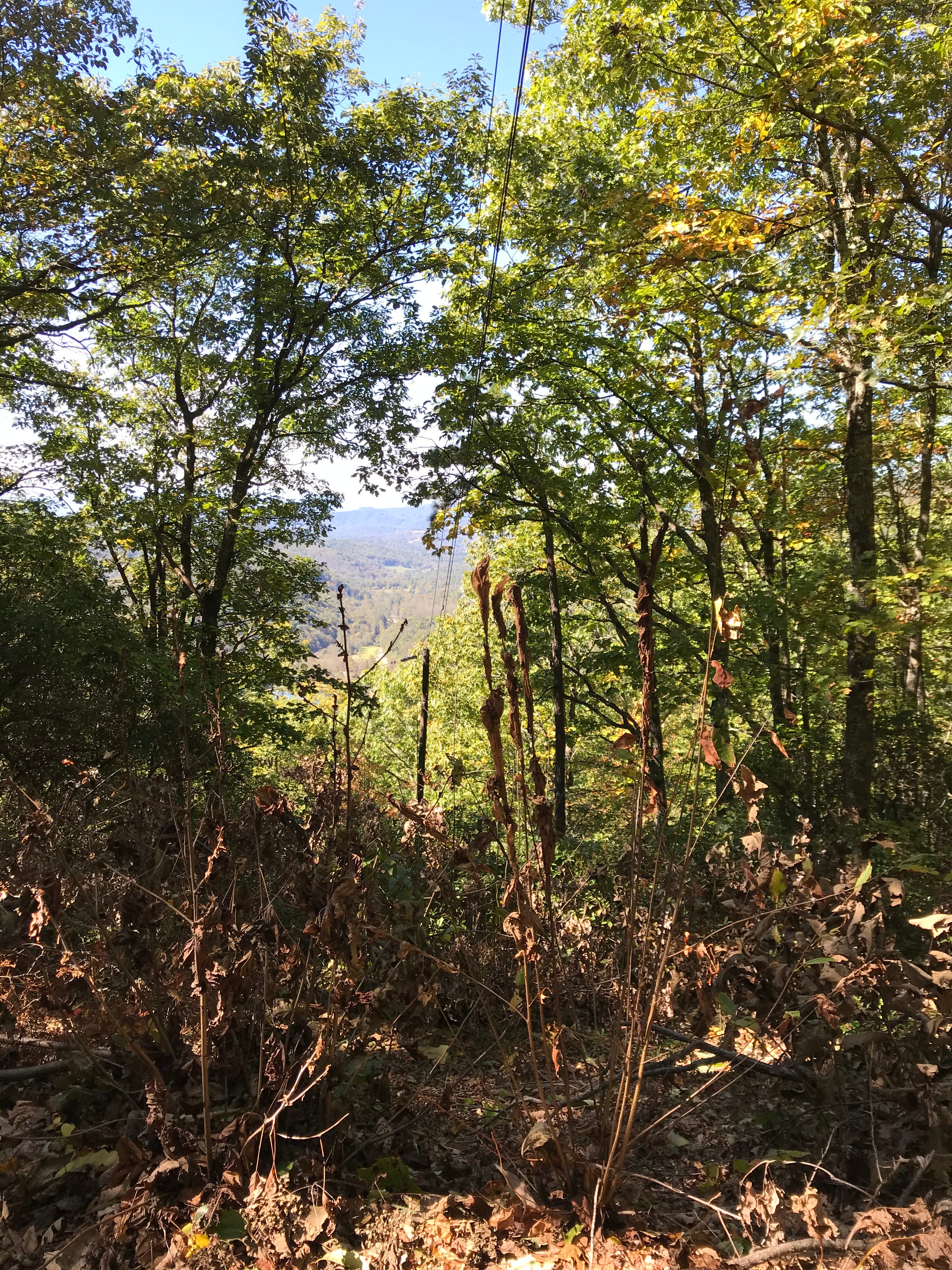 Duke Energy recently sprayed herbicides by helicopter in the Fairview area, causing a swath of vegetation to die off. (Photo: Courtesy photo)

“These are rigorously tested herbicides used across the industry,” Brooks said. “They are very safe to apply and to maintain vegetation. These are very diluted forms of these herbicides, and they are predominantly water. They’re designed to provide reliable vegetation management wile ensuring public safety.”

The mix in this case was 88 percent water, 12 percent herbicide, Brooks said.

Josh Kelly, the public lands biologist with the Asheville environmental nonprofit Mountaintrue, said only one of the products Duke listed “is labeled to permit aquatic use,” and none of them “are permitted to allow drinking water application.”

Kelly added that he’s “not aware of any herbicides that are permitted to be applied to a body of water within 1,000 feet of a drinking water intake.”

Additionally, Kelly noted that the labels for Method, Krenite and Escort all read: “Do not apply directly to water, or to areas where surface water is present, or to intertidal areas below the mean high water mark.”

More: Answer Man: Round Up still used by Asheville, Buncombe?

Triclopyr is in a product named Trycera, which is intended for use in stagnant water, not flowing water. Kelly also highlighted this warning on the Trycera label aimed for humans and domestic animals: “Causes irreversible eye damage. Harmful if swallowed or absorbed through skin. Prolonged or frequently repeated skin contact may cause allergic reaction in some individuals. Do not get in eyes or on skin or clothing.”

“Along with potential contamination of water, I am very concerned about the impacts landscape-scale herbicide use by utilities and the North Carolina DOT is having on wildlife habitat and biodiversity,” Kelly said, adding that the use of herbicides along roadways and utility has expanded “exponentially” across the United States. “The indiscriminate use of herbicides in these situations is pushing numerous imperiled plant species closer to the brink of extinction and is contributing to the massive decline in insect abundance globally; not just because of the decrease in quality habitat, but also because herbicides interfere with the gut microbes of some insects.”

Herbicides and pesticides also have contributed to the decline in the bird population, Kelly said, citing a recent Audubon report that said bird populations have declined by 3 billion in North America over the past 50 years.

Bob Gale, an ecologist and Public Lands Director at Mountaintrue, said “how and where an herbicide is applied can mean the difference between help and harm.

“Indiscriminate spraying in agriculture and increasingly, roadsides and power lines, is to me a huge threat to our environment,” Gale said. “Careful, selective application for use in non-native invasive plant control (in the manner performed by state and federal land managers, land trusts, and certified non-governmental organizations whose missions are focused on ecology) can be done and can be valuable tool for restoring natural habitats.”

But spraying from a helicopter “risks far greater room for error than backpack spraying, which can be specifically targeted to a small areas,” Gale said.

He acknowledged that this type of targeted “Cut-and-Paint” treatments “are not feasible for power lines and roadsides, but mowing is.”

“Helicopter and roadside spraying with some herbicides kills important herbs and native grasses, many of which are remnants of some prairie species that used to be a part of the native landscape, even in parts of the Southeast,” Gale said. “These plants are important to pollinators.”

Of the four herbicides used, Gale said Triclopyr has the longest, safest record, and it targets woody stem plants. Escort has “pre-emergent capabilities which inhibit germination,” Gale said, meaning that it will suppress even native flowering herbs and grasses.

“The label for Method notes that it takes months to break down and has a ‘high potential’ for reaching surface waters during runoff from rainstorms,” Gale said. “This massive landscape application methodology is a red flag regarding harm to the natural ecology. The recent crash in insect species should be seen as a ‘canary in the coal mine’ warning for the future of wildlife, and for humans, as well.”

This is the opinion of John Boyle. To submit a question, contact him at 232-5847 or [email protected]