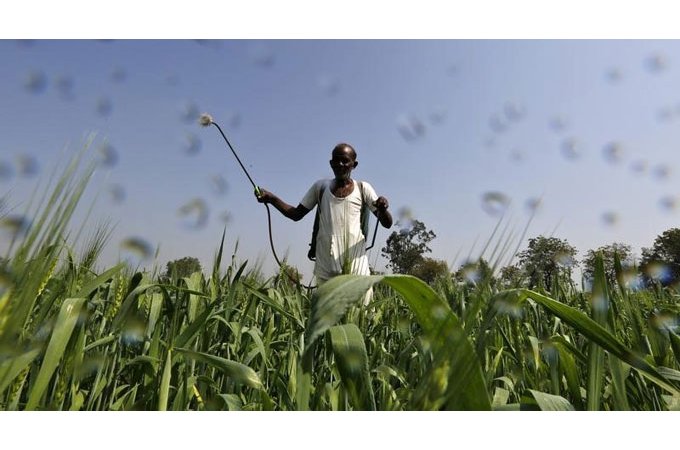 Digital technology can be used at every stage of agriculture, from getting updates on farm schemes , selling produce to the bulk buyers and the final step of sales to the customer. In addition, most of the existing agriculture problems such as land fragmentation, decline in productivity, demand for organic food etc can be addressed through digitisation. One of the key issues pertain to agriculture supply chain management which can be addressed by digitisation.

Supply chain includes movement of goods from producers to end consumers in an organised and sequential manner. In the ear of digitisation, farmers are able to communicate with the end consumer directly through social media. For example, the “AgChat” discussion group on Twitter, facilitates conversation and exchange of ideas between the agri-producer and buyer. While this model is presently active in USA, UK, Australia and Ireland, India is yet to adopt this model. Closer home, we have apps such as “Harvesting Farmer Network” (HFN), which will provide crop centric data, best prices available in the farm mands, while facilitating the sale and purchase of agriculture products.

The government is emphasising and facilitating digitisation since a long time. The first initiative was over three decades ago when National Satellite-based Computer Network (NICNET) was launched in 1987. Recently we have IFFCO Kisan Sanchar Limited (IKSL), IFFCO i- mandi, m-kisan e-sagu, e-AgriKiosk, etc launched by the union government. Central Agriculture University in Arunachal Pradesh has launched m4agriNEI, which is a mobile based agro-consultancy system for North East India. Some other initiatives launched by the government are Export Inspection Council (EIC). Under this council, three verticals have been developed to reduce time and transaction cost. Kisan Credit Card scheme was launched in 2015 to facilitate dissemination of information by state governments to farmers. All these platforms will aid supply chain management and rope in key elements of good governance in the process such as transparency, accountability, and single laboratory approvals.

One of the most successful government initiatives is E- National Agriculture Market (e-NAM). As per e- NAM portal of Ministry of Agriculture, 1798 Farmer Production Organisations (FPOs) and 1,68,22,408 farmers have been linked by e-NAM portal. This platform is key to look into all components of supply chain, namely, integrated planning, implementation, coordination, and control. It also helps eliminate the commissions paid to the middleman.

Despite the existing schemes there are some issues which act as bottlenecks.

• As per TRAI (Telecom Regulatory Authority of India), the number of internet subscribers stood at 74.31 crore in March 2020. Most users are in urban area, making internet distribution uneven.

• Lack of a uniform Information and Communication Technology (ICT) policy for agriculture digitisation.

• Limited knowledge domain of middlemen in operating the agri-tech apps.

• Agriculture data is not updated regularly on some of the existing platforms.

• Even if the farmer can access technology, there seems to be a reluctance on the part of the cultivator to switch to digitisation. They need to be convinced with demonstration how and why technology aids the farmer-user interface.

All the stakeholders in agriculture supply chain, namely cultivators, processors, retailers and trading companies that supply products overseas, understand that good quality products can be subject to decay because of an inadequate quality control of even one participant in the supply chain. As per an IFPRI (The International Food Policy Research Institute) survey of around 370 farmers across nine Indian states found that among those who had harvested some produce during the lockdown, 29% were still holding on to it; 13% had sold the harvests at throwaway prices and about 7% reported that they had to let the produce go waste. In smaller cities and towns for which data are available, retail prices rose an average of more than 20% in the two months following the lockdown. One or more components of the supply chain broke down during the lock down period causing avoidable loss to the farmers. Digitisation of the supply chain could have minimised the severity of the losses. The end consumer would also benefit from lower prices.

The current situation of pandemic has demonstrated the importance and indispensability of digital interface. And, with farmers expressing their concern regarding MSP (Minimum Support Price) by protesting in Delhi, digital platforms will aid economic stability when used in agriculture supply chain.

Demolition of abandoned factory on Rock Street in Gardner