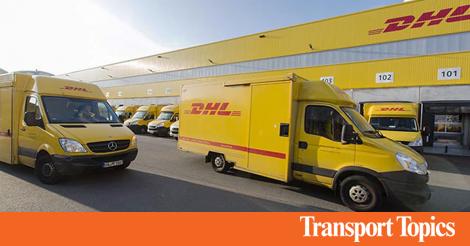 [Stay on top of transportation news: Get TTNews in your inbox.]

The worst may be over for global trade as tensions over Brexit and the U.S.-China relationship show signs of easing, according to a key freight industry executive.

“Brexit naturally slows everyone down in making decisions, but it will get resolved in the space of three to four months,” John Pearson, who runs the worldwide DHL Express operations of Deutsche Post AG, said in an interview. “There is a positive mood within the China-U.S. trade relationship, that’s a fact. I’m not anticipating it to get any worse.” 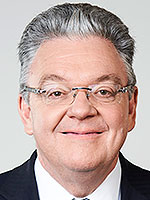 DHL is a particularly sensitive bellwether for global commerce. The company claims its market share in time-definite international shipments, the fastest service and three-quarters of its express business, is 39%, compared with 30% for FedEx and 22% for UPS. Both of those rivals have a bigger focus on the U.S.

“If anything gets in the way of world trade flowing, if someone puts their foot on the hosepipe of trade, that affects us,” Pearson said. “I don’t think it takes much to trigger people start running and getting on planes again and sending samples again. I’ve seen these cycles come and go.”

Data last week showed Germany, Deutsche Post’s home market, narrowly avoided a recession. While Pearson sees weakness there with car manufacturing, industries such as health care are “rolling on nicely.” The company has been shielded from declining business-to-business shipments in some areas by electronic commerce, which he calls “a growth rocket, not a lifeboat.”

DHL has one of three global hubs in Hong Kong. Protests there haven’t affected business much due to the location of the airport on an island, Pearson said. The company is working on “high-level contingencies” should things get trickier, he added.

UPS ranks No. 1 and FedEx ranks No. 2 on the Transport Topics Top 100 list of for-hire carriers in North America.