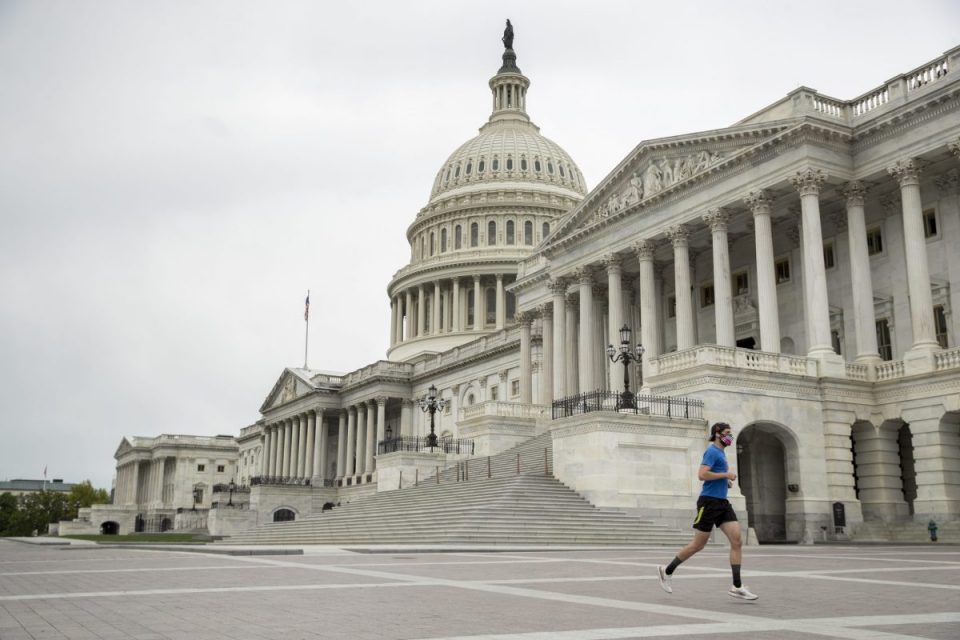 (CN) — Only 20% of Americans trust the federal government to do the right thing always or most of the time as the country grapples with the Covid-19 pandemic and an economic recession, according to a poll released Monday.

Out of 12,751 American adults surveyed by the Pew Research Center at the end of July, only 2% said they trust the federal government almost always and 18% said they trust it most of the time.

Overall, 72% of respondents said the federal government “does a very good or somewhat good job” keeping the country safe from terrorism, 62% said the same regarding natural disasters, and 62% said the government does a good job ensuring safe food and medicine. Fifty-four percent said it does very good or somewhat good on strengthening the economy and 53% approved of its ability to maintain infrastructure.

On the other hand, only 34% of respondents said the government does a good job managing the immigration system, 36% said it was good at helping people get out of poverty, and 42% said it effectively handled public health threats.

“Still, while substantial majorities of Republicans say the government is doing well in dealing in addressing natural disasters (89%), terrorism (87%) and the economy (80%), far fewer rate the government’s performance positively when it comes to helping people get out of poverty (59%) or managing the immigration system (58%),” Pew researchers said in a statement. “Democrats and Democratic leaners are far more negative; for example, just 18% say the government does a good job assisting people to get out of poverty while 17% give the government positive ratings for dealing with public health threats.”

Both sides remain far apart on the size of government, with 74% of Republicans saying they prefer a smaller government providing fewer services. A similar number of Democrats, 76%, said they preferred a bigger government with more services.

COVID-19: Scientific Facts, Expert Knowledge and Just How Deadly is It? | UNRESERVED