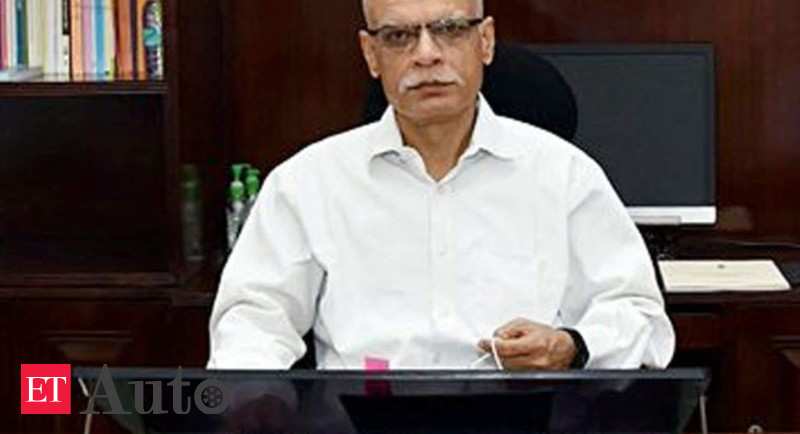 New Delhi: Indian economy is recovering fast and will soon be back on rails as all the parameters have started showing improvement, DEA Secretary Tarun Bajaj said on Tuesday. “We are actually seeing an improvement in all parameters generally and we are expecting further improvement in the month of November and this should continue. Hopefully the economy should be back on rails and it is moving much faster than what had been anticipated by a lot of experts and economists,” he said.

Last month, the International Monetary Fund said the Indian economy, severely hit by the coronavirus pandemic, is projected to contract by a massive 10.3 per cent this year.

However, it projected a rebound to 8.8 per cent in 2021. Last financial year, India witnessed a growth rate of 4.2 per cent.

The RBI has projected a contraction of 9.5 per cent in the current fiscal.

Last week, Finance Minister Nirmala Sitharaman said there were visible signs of revival in the economy and the GDP growth may be in negative zone or near zero in the current fiscal.

Echoing similar sentiments, Bajaj said, “We continue to see an uptick in the economy since the past few months since the opening up of the economy and the manufacturing PMI has touched 58.9, which is the highest in the last decade. The power consumption in the month of October is 12.10 per cent more than October 2019, which is a signal of economic activity.”

Similarly the value of E-way bills has gone up almost 19 per cent in the month of October, it is valued at 16.82 lakh crore and the railway freight is up by 15.5 per cent in September and almost 14 per cent in October, he said.

“Average daily toll collection is up by almost 120 per cent. So basically these are signals of economic activity going up. The GST collection has touched Rs 1.05 lakh crore, almost 10 per cent higher year-on-year. The FPI inflow is about USD 3.2 billion in October as compared to some negative figure for September. The number of issues in the capital market have gone up,” he said.

Credit growth, he said, has seen some improvement by registering a growth of 5.8 per cent in October as compared to 5.3 per cent in September.

“The FDI during April-August is USD 35.73 billion…external sector remains robust, our foreign reserves have touched almost USD 560 billion. We had a very good Kharif crop, Rabi is also good and we are hoping for a bumper Rabi crop…I should also mention the number of COVID cases are seeing a downtrend, the fatality rate is down, and now they are close to about 5 lakh cases. In case we keep taking precautions during coming winter months and especially during festival season, I think we should be in better times,” he said.

He also said India growth story is intact despite the COVID crisis and there are lot of interest from investors from across the world.

“So, in spite of Covid situation that we are facing, we find that there is a lot of interest, a lot of traction, there are lot of enquiries from investors…lot of deals are being talked about, which shows that in spite of Covid situation, our growth story which we feel is intact is also accepted by others who are ready to invest into India during these times,” he said.