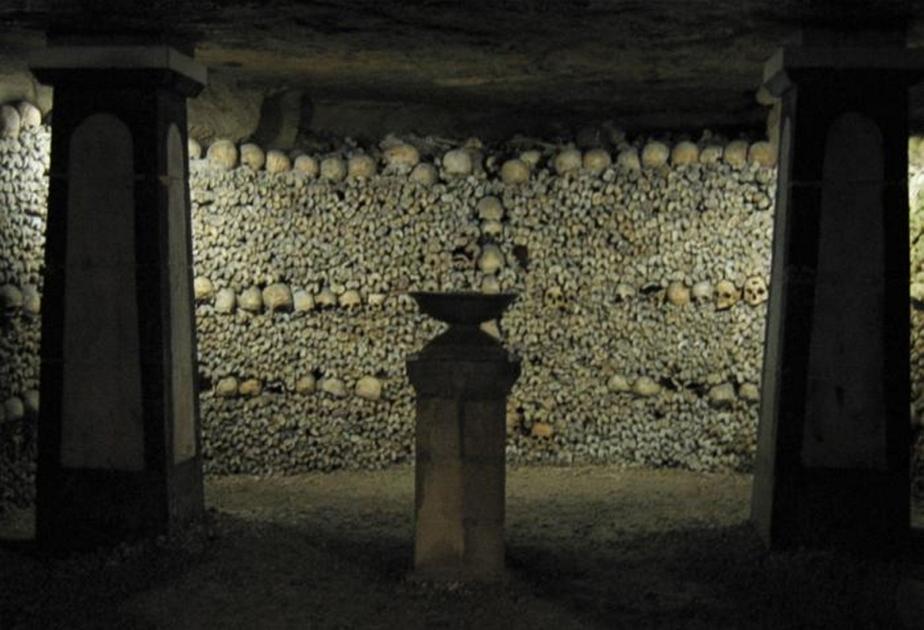 Every year, millions of tourists around the world venture to some of the unhappiest places on Earth: sites of atrocities, accidents, natural disasters or infamous death. From Auschwitz to Chernobyl, Gettysburg, the site of the Kennedy assassination and the 9/11 Memorial in New York, visitors are making the worst parts of history a piece of their vacation, if not the entire point.

Experts call the phenomenon dark tourism, and they say it has a long tradition. Dark tourism refers to visiting places where some of the darkest events of human history have unfolded. That can include genocide, assassination, incarceration, ethnic cleansing, war or disaster — either natural or accidental. Some might associate the idea with ghost stories and scares, but those who study the practice say it’s unrelated to fear or supernatural elements.

“It’s not a new phenomenon,” says J. John Lennon, a professor of tourism at Glasgow Caledonian University, in Scotland, who coined the term with a colleague in 1996. “There’s evidence that dark tourism goes back to the Battle of Waterloo where people watched from their carriages the battle taking place.”

That was in 1815, but he cites an even longer-ago example: crowds gathering to watch public hangings in London in the 16th century. Those are relatively modern compared with the bloody spectacles that unfolded in the Colosseum in Rome.

There aren’t official statistics on how many people participate in dark tourism every year or whether that number is on the rise. An online travel guide run by an enthusiast, Dark-Tourism.com, includes almost 900 places in 112 countries.

But there’s no question the phenomenon is becoming more visible, in part thanks to the Netflix series “Dark Tourist” that was released last year. And popular culture is fueling more visitation to some well-known sites: After the HBO miniseries “Chernobyl,” about the 1986 power plant explosion, came out this spring, travel companies that bring people to the area said they saw a visitor increase of 30 to 40 percent. Ukraine’s government has since declared its intention to make the Chernobyl Exclusion Zone an official tourist spot, despite lingering radiation.

Philip Stone, executive director of the Institute for Dark Tourism Research at the University of Central Lancashire, in England, says anecdotally that he sees the appetite for such destinations growing.

“I think, for political reasons or cultural reasons, we are turning to the visitor economy to remember aspects of death and dying, disaster,” he says. “There is a kind of memorial mania going on. You could call that growth in dark tourism.”

Why are tourists so enamored with places that are, as Lennon puts it, “synonymous with the darkest periods of human history?” Academics who study the practice say it’s human nature.

“We’ve just got this cultural fascination with the darker side of history; most history is dark,” Stone says. “I think when we go to these places, we see not strangers, but often we see ourselves and perhaps what we might do in those circumstances.”

There is no one type of traveler who engages in dark tourism: It could be a history buff who takes the family on a road trip to Civil War battlefields, a backpacker who treks to the Colosseum in Rome, or a tourist who seeks out the near-abandoned areas near the Fukushima Daiichi Nuclear Power Plant disaster, in 2011, in Japan.

Those who are most familiar with the phenomenon do not condemn it. In fact, they argue that the most meaningful dark-tourism sites can help visitors understand the present and be more thoughtful about the future.

“These are important sites that tell us a lot about what it is to be human,” says Lennon, the tourism professor. “I think they’re important places for us to reflect on and try to better understand the evil that we’re capable of.”

There are even efforts underway to research the way children experience dark tourism, a joint project between the Institute for Dark Tourism Research and the University of Pittsburgh.

Mary Margaret Kerr, a professor of education and psychiatry at the University of Pittsburgh, says the idea came about when the National Park Service asked her to help create a team to design children’s materials for families who visit the memorial to United Airlines Flight 93, which was hijacked on Sept. 11, 2001, and crashed in a field in Pennsylvania.

Her research team now includes middle-school students who have studied how their peers interact with the National 9/11 Pentagon Memorial, in Washington, or the site of the Johnstown flood, in Pennsylvania, which killed more than 2,200 in 1889.

“We wouldn’t want families to stop traveling, and adults want to see these places for very good reasons,” Kerr says. “It’s not so much making the decision for parents whether you take the children or not, but what are the appropriate safeguards.”

She said the goal is to provide appropriate safeguards and ways to experience a site, even for children too young to grasp the history, “so the family can be there together, but each member of the family can take meaning that works out for them at their age and stage.”

As more sites with dark histories become popular spots — even part of organized tour packages — experts say there is a risk that they could become exploited, used to sell tchotchkes or placed as backdrops for unseemly photos.

“It does kind of invite that passive behavior — let’s call it that touristy behavior — that might be out of place,” Stone says.

Bad conduct by tourists at sensitive sites — smiling selfies at concentration camps, for example — has been widely shunned on social media. The online Dark-Tourism.com travel guide cautions against such behavior, as well as the ethically questionable “voyeurism” of visiting an ongoing or very recent tragedy to gape.

“What IS endorsed here is respectful and enlightened touristic engagement with contemporary history, and its dark sites/sides, in a sober, educational and non-sensationalist manner,” the site says.

Lennon says he’s sometimes “dumbfounded” by some of the behavior that gets publicized, but he declines to say what the right or wrong way is for tourists to behave. Overall, he says, he still hopes that by visiting places with dark histories, people are becoming better informed about atrocities like racial and ethnic cleansing.

“I’m heartened by the fact that they choose to try to understand this difficult past,” Lennon says.

FDA Monitoring 20 Drugs at Risk of Shortage due to Coronavirus