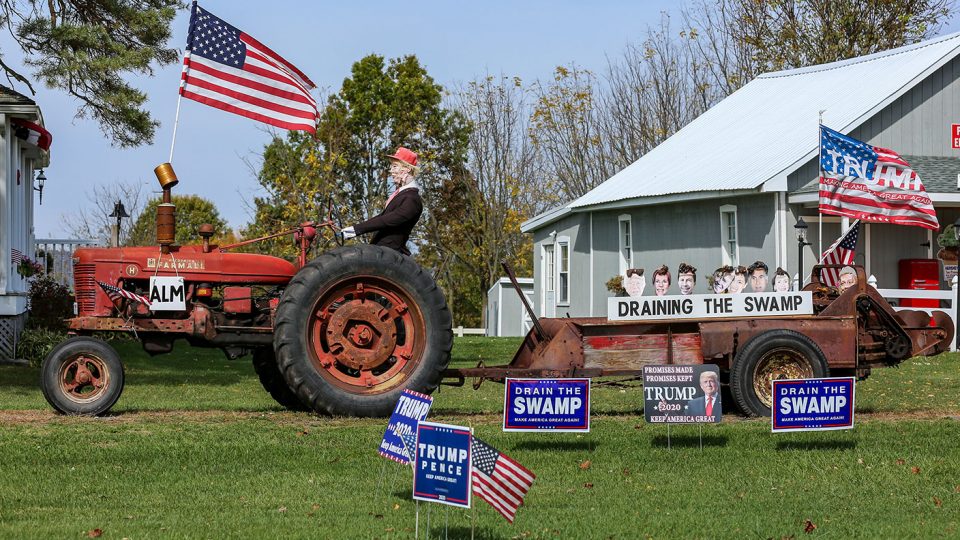 Soaring numbers of Covid-19 cases and talk of new lockdowns in Europe resulted in the worst day in a month for America’s S&P 500 on Monday, with the index falling by 1.9%. Germany’s Dax had a shocker, plunging by more than 4% over the first two trading days of the week.

This is a Covid-19 “reality check”, say Matt Phillips and Eshe Nelson in The New York Times. With cases also on the rise in America, investors are finally grasping what more lockdowns will mean for earnings, says Matt Maley of asset manager Miller Tabak + Co. The US Senate adjourned this week, all but killing hopes of a pre-election stimulus deal. The Vix index, Wall Street’s “fear” gauge measuring expected volatility, has hit its highest level since the early September market wobbles.

US markets remain focused on election polls showing Democrats are on course to win control of the presidency and both houses of Congress. As a recent Goldman Sachs note puts it, such a “blue wave” would probably lead to a “sizeable Covid-19 relief package on the order of $2.5trn (12% of GDP)” in the first quarter of next year, reports Daniel Tenreiro for National Review Capital Matters. With both parties deadlocked over a new stimulus bill (and a Republican “red wave” all but impossible) Wall Street is backing blue “for the first time in recent memory”.

Hold the pre-election “party”, says Justin Lahart in The Wall Street Journal. The bet is that the sheer scale of a Democrat spending boost would more than outweigh the drag of higher taxes. That might be true for the economy overall, but corporate profits are another matter. Biden wants to raise the corporate tax rate from 21% to 28% and bring in a raft of other unfavourable tax and regulatory changes. The one bright spot is that fears of a contested presidential election have receded somewhat as Biden has pulled away in the polls, although it remains a possibility.

Analysts also note that the end of the Trump era would mean less trade disruption and less “Trump noise”, writes Ben White for Politico. But what they really care about is more stimulus. There is still a decent chance that Biden takes the presidency but Republicans cling onto the Senate. That would probably hit equities, as it makes more stimulus difficult to agree but still exposes businesses to tougher regulation from the executive branch.

The US election is bad for “the mental, cardiovascular or intestinal health” of many of us, says John Authers on Bloomberg. But this is one of those times when politics really is driving markets. As John Velis of Bank of New York Mellon Corp puts it, this is a case of “political risk on steroids”. The current “reflation trade” – the widespread idea that we are heading for higher growth, higher inflation and a weaker dollar over the coming years – amounts to one huge bet about what happens next Tuesday.