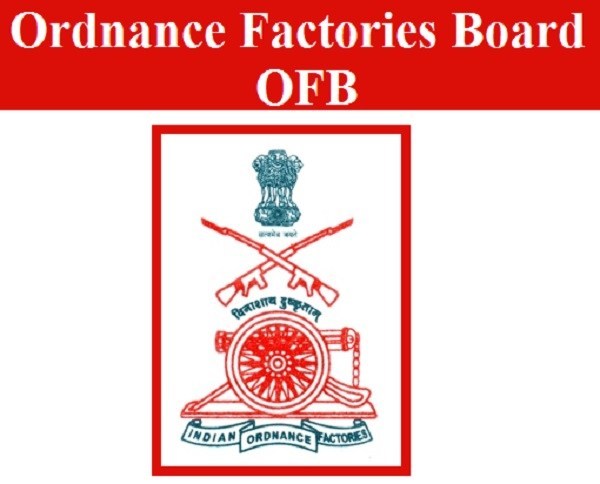 ‘Atmanirbharata’ in the defence sector is nationally imperative for strategic autonomy. Putting to rest speculation of all cynics/sceptics, India is currently facing a real two-front war scenario in multiple domains of PDIME (political, diplomatic, informational, military and economic domains), with focus on the continental domain where our IAF and Indian Navy will play equally decisive roles. Public and social media is awash with speculation of what all, how much, and at what cost is India importing defence related munitions, equipment and spares to meet all emergent contingencies. This further highlights the strategic necessity of India to be independent in critical defence related products.

Pivoted around the sub-optimal Ordnance Factory Board (OFB) factories, our defence industrial base is woefully inadequate to ensure ‘Atmanirbharata’, which is imperative for the sovereignty and integrity of India. We enjoy the dubious distinction of being the largest arms importers accounting for 13% of global sales according to SIPRI data. India increased its arms imports by 43% between 2007–-11 and 2012–16. About 60–65% of military hardware is of Russian/Soviet origin. If the import figures since 1950 to 2017 are analysed, India has imported $119.89 billion worth of arms; by far the largest globally and double than that of Saudi Arabia.

On 12 May 2020, PM Modi announced a special economic and comprehensive package of Rs 20 lakh crore to revive the Indian Economy from the fallout of the COVID-19 pandemic. He also called for an ‘Atmanirbhar Bharat Abhiyan’ to become self-reliant in future and outlined five pillars of ‘Atmanirbhar Bharat’ – Economy, Infrastructure, System, Vibrant Demography and Demand. As a part of the package, the Finance Minister announced certain key structural reforms in the Defence Sector on 16 May, in which ‘Corporatisation of OFB’ was a primary ingredient. In pursuance of the initiative, the MoD finalised KPMG Advisory Services-led consortium for providing strategic and implementation management consulting services to assist the MoD in the process of corporatization. Not surprisingly, the three federations of defence manufacturing sector workers of OFB, have issued the notice of a nationwide indefinite strike from 12 October against the proposed corporatization.

India inherited all 18 Ordnance Factories established by the British. These have since grown to 41 Ordnance Factories, 13 Development Centres and 9 Institutes of Learning divided into five operating divisions based on category of products–

Conceptually, they were expected to be national strategic assets with the potential of not only meeting national military hardware requirement, but also contribute to overall Comprehensive National Power (CNP), and earn valuable foreign exchange by exporting. The major buyers are the Armed Forces (Army being the top buyer), along with some supplies to CAPF and exports/civil trade.

The sub-optimal efficiency of this potential strategic asset is one of the major contributing factor that threatens the ammunition and armament holdings of the Indian Army. It is also a matter of concern that certain countries have refused to accept ordnance factory manufactured ammunition and equipment offered against Defence Lines of Credit due to concerns regarding quality of products, procedures in the factories and the inefficient post sales service support. Similar issues plague some of our DPSUs too which are involved in manufacture of military hardware.

Ordnance Factory Board (OFB) Headquarters: Its location at Kolkata is a colonial legacy. The Chairman and his staff seek decisions from Ministry of Defence in New Delhi. Resultant costs and waste of time and public money are exorbitant, along with the need of running a parallel infrastructure at Delhi. It is pertinent to mention that the last seven DGs have had a tenure varying from four months to less than one year, providing no continuity, impacting higher leadership and obfuscating strategic direction to be pursued

OFB Organisation: The establishment functions as a three-tiered system with the Department of Defence Production (DDP-MoD) at the Apex. The OFB performs the executive functions and management of production units. The Ordnance Factory Board is managed by IOFS officers. The board is headed by a Director General and eight members. Five members of the board are responsible for functioning of each of the five manufacturing groups and three members are responsible for staff functions of personnel, finance and marketing. The OFB has around 81,000 personnel with about 1,400 officers.

Financial Structure: Fully owned by the government, budgetary allocations to the OFB under capital and revenue heads amounted to approximately 1% of the total defence budget for 2017–18 (BE). OFB is unable to run the factories with its own profits. Armed Forces, especially the Army, are captive customers irrespective of shortfalls in quality, delayed supplies, costly products and indifference to complaints.

Cost of Production: Ordnance factories operate on ‘No Profit No Loss’ basis. The products are supplied at a price that includes ‘actual cost of production’. Actual cost of production is very high because all non-production expenditure is added to the pricing making the products extremely expensive. Captive consumers have no choice due to government policies. The cost of production includes — cost of material, cost of direct labour and overhead costs. The high pricing of OFB items is mainly attributed to the high percentage of overhead costs. Overhead costs can be further divided into fixed overheads such as indirect labour, supervisory charges and variable overheads such as indirect stores (stores other than raw material and components), transportation, electricity, depreciation and writing off products which are rejected by DGQA and others.

Production Shortfalls, Lack of Quality Control and Timeline Delays: As per 2019 CAG Report, from 2013 to now, the production shortfalls every year has been more than 50%. Importantly, the shortfall in supply of critical ammunition is a major concern. Between April 2014 and April 2019, Rs. 658.58 crore worth of products were declared unserviceable before their shelf life was over. Consequently, the government has opened up the defence sector to the private industry, allowing the armed forces to procure a few comparatively better products at competitive rates. Accordingly, 275 items manufactured by Ordnance Factories were declared as ‘non-core items’ in April 2017 by the government, another 93 in November 2017 and 39 in January 2018.

Lack
of Accountability and Quality: Between 2014 and 2019, there have been 403 major
accidents (majority of them being products for the Infantry and Artillery)
related to armaments and ammunition, most of them leading to fatal/non-fatal
casualties.

Factory Staffing Norms (Not as per Industry Norms): The OFB has a staffing structure modelled upon supervisory government departments rather than an industry.
This has resulted in a supervisor to industrial employee ratio of 1:1.41 as against
manufacturing industry standard of 1:5.

Supervisory costs on an average account for 65% as against an industry standard of 30% of the total labour cost of the OFB and account for 42% of its overhead costs.

Monopoly in Products a Disincentive for Innovation: Ordnance Factory Board enjoys monopoly on several products required by the
armed forces. Lack of accountability leads to minimal innovation and technology development and
hardly any incentive to improve quality and cost efficiency.

Concern of Employees: The biggest concern of the OFB employees is that ‘corporatisation’ is the first step towards ‘privatisation’, and is likely to result in layoffs and job cuts. However, as of now the government has made it clear that it is not thinking of ‘privatisation’ in the near future and OFB will function akin to the various PSUs, post corporatisation.

Commercial Viability:
The argument is that corporatisation of OFB will not be commercially viable
since there are no fixed scales and periodicity of demands by the armed forces,
irregular timelines for placing orders, uneconomical order quantity and life
cycle support required for 30-40 years after the introduction of an equipment. It’s
worth mentioning that DPSUs are also managing these issues.

Surge in Demand during War:
OFB’s supposedly have some idle capacity as a war reserve, to cater for surge
in demand during war, as was demonstrated during the Kargil conflict. This
aspect needs to be analysed further. A vibrant private defence sector is one
answer.

Corporatisation of OFB is likely to transform ordnance factories into a modernised, state of the art facility with flexible and better decision making in its functioning. This move is likely to make them more competitive and self-reliant in production of arms and ammunition and convert it to a profit earning organisation in the next few years. Coupled with a vibrant private defence sector it is the panacea/answer for India’s ‘Atmanirbharata’ and a decisive step towards becoming a major power amongst the comity of nations.

Lt. Gen. PR Kumar retired from the post of Director General of Military Operations (DGMO) of the Indian Army. As DGMO he was responsible for the entire operational planning, preparation and execution of plans and border management. After his retirement he has been writing for numerous Think Tanks on international and national strategic issues and on security related aspects. He also delivers talks in Armed Forces and Educational institutions.

Everyone can get a vaccine – eventually | Winchester Star

Card Factory sales ahead of expectations since reopening