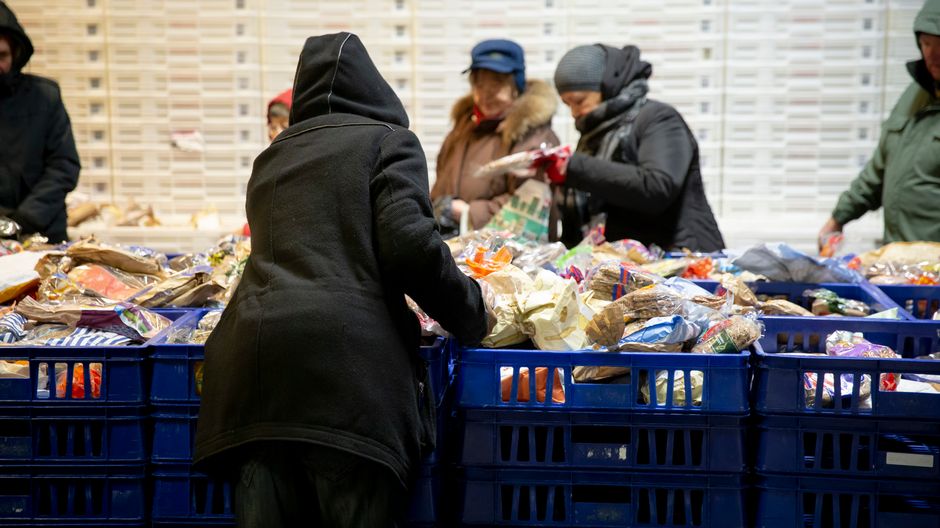 The coronavirus crisis has made weaknesses in Finland’s welfare state more visible as the number of people in need of food aid has grown rapidly during the continuing epidemic. The food supply of thousands of people remains dependent on the work of volunteer groups and the food banks they run.

The crisis caused by the epidemic has seriously impacted the finances of a wide range of people – families with children, entrepreneurs, students, those laid off or who have lost their jobs. An explosive growth in the number people in queues at food banks shows how almost anyone can find themselves in need.

Food aid has been part of Finnish society for three decades. Poverty has been studied extensively during this time, and scholars share a consensus on how to reduce it. Policymakers, they say, should raise the level of basic security benefits because basic incomes are not enough to live on for many.

In addition, researchers believe that the system should be simplified. Currently, the system of benefits is like a jungle, and thousands of people don’t even know how to claim the benefits they are entitled to.

There is now growing pressure for change, as reliance on donations of expiring foodstuffs by wholesalers and retailers makes continuing access to aid uncertain.

There is even a wide gap in estimates. Reetta Nick, a project manager of the Church Resources Agency’s Participating Community project, says that at least 100,000 to 200,000 people receive help each year. There are believed to be more than a thousand food aid providers.

Food aid has a long tradition going back to the recession of the 1990s, when many organizations and congregations established food banks.

“The message was that we share help because society’s safety nets have started to tatter,” says Tuomo Laihiala, a lecturer in social policy at the University of Helsinki.

Food banks were meant to be a temporary measure to relieve the situation, but the gaps in the nation’s social safety nets have not been patched during the three decades since. Many have to turn to food aid because the benefits provided by society are not enough for them to get by.

The latest assessment by the National Institute for Health and Welfare (THL) of the adequacy of basic benefits states that the income levels of many beneficiaries are not sufficient to cover a reasonable minimum level of consumption. Among other things, the report states that just over half of those living on basic social security experience difficulties meeting normal expenses.

Many also get lost in the maze of bureaucracy and do not even claim the benefits to which they are entitled, often for example due to mental health or substance abuse problems.

The need for food banks is by now well proven, but so is the dual problem of not enough food to stock them all, and not enough volunteers to run them.

Huge amounts of food are leftover in supermarkets, restaurants and wholesalers as “best before” dates expire or has thawed and cannot be refrozen. Food can even go to waste because its appearance doesn’t appeal to shoppers.

Businesses and food aid distributors have developed a symbiosis in which millions of kilos of food that would otherwise go to waste are transferred from businesses through food aid workers to the needy.

About 90 percent of food aid relies on supplies that would otherwise be waste, says Participating Community’s Reetta Nick.

Food bank volunteers never know what they are getting and how much. If a company’s transport lorry breaks down they may suddenly find they have hundreds of packages of frozen buns. Donations from wholesalers often come in bulk, such as five-kilo containers of yogurt.

Bread is usually always available at food banks, as shoppers tend to avoid it unless it is fresh.

With the upswing in demand for food aid created by the coronavirus epidemic, there has not been enough to go around.

Recipients of food aid are in very unequal positions depending on where they live. In the north of the country and in rural areas, it can be more difficult to get help than in big cities with more volunteer groups and more companies donating food. Wholesalers and many food producers are located in the capital region.

University of Helsinki ‘s Tuomo Laihiala believes politicians are interested in issues of poverty, but said it is easy for policymakers to close their eyes to the situation because there is not much information about food aid.

“There is a lot of uncertainty involved. But we know that such a huge number of Finns have long-term recourse to food aid that we can talk about a structural poverty problem,” says Laihiala.

THL research manager Minna Kivipelto says that researchers produce a lot of information about poverty, but that information is fragmented and scattered in different places.

In the end, however, the problem is not a lack of information, but what politicians consider important.

“When the coronavirus crisis started, money was immediately found to support companies. There would be no need for food aid if the [social aid] systems were in order,” Kivipelto points out.

Where and how to eat crab claws in Sarasota-Manatee