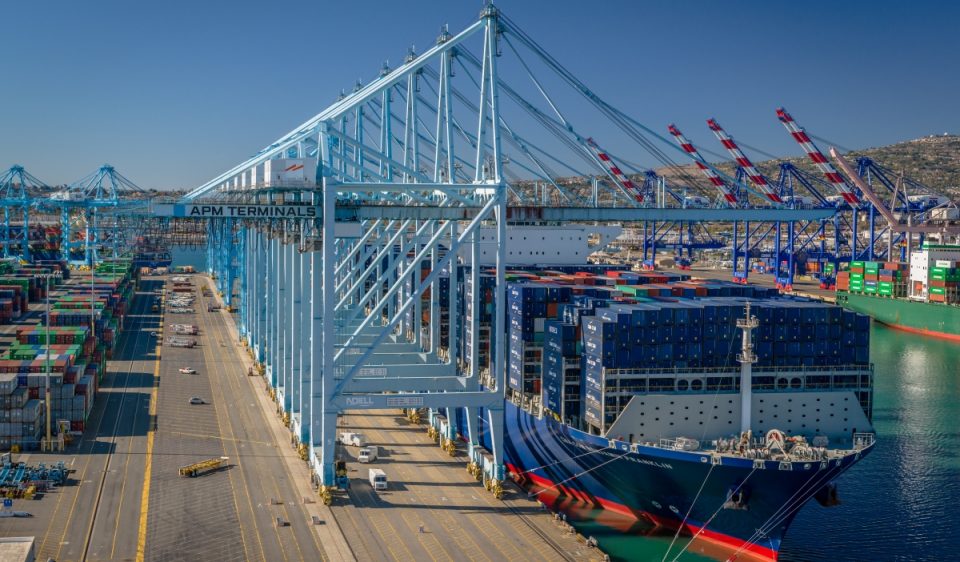 ’Twas the night before Christmas and all though Shenzhen, not a container was stirring; they’d been “rolled” yet again.

This is the holiday “shipageddon” fear for ocean shippers. Amid heavy rolling — delays of loadings until subsequent voyages — can all those flat-screens, Pelotons, laptops, webcams, sneakers and toys make it from China to America in time?

Spot Asia-West Coast rates have stayed in a record-high range of $3,800-$4,000 per forty-foot equivalent unit (FEU) since mid-September. According to the Freightos Baltic Daily Index, the rate (SONAR: FBXD.CNAW) was $3,844 per FEU on Tuesday, almost triple the rate at this time last year. Rates are up over 130% since June. And a general rate increase scheduled for Sunday could bring a new record.

Capacity added, but not enough

Spot rates have surged despite a huge amount of ship capacity injected into the trans-Pacific trade by carriers.

Capacity is up 20% year-on-year and will be up 24% year-on-year during the last week of November. The numbers have never been this high over the past eight-year period.

The fact that capacity is up 20% year-on-year and spot rates have almost tripled underscores just how much demand has increased.

In the wake of the coronavirus, American consumers accelerated their shift to e-commerce from in-store purchases. Retailers focusing on e-commerce are fueling much of the import spike. Their need to get goods fast is driving volumes toward the West Coast route.

Amazon (NYSE: AMZN) is a case in point. FreightWaves’ SONAR platform features data on imports by consigneee over the past 30 days, analyzed by import port and export country. On a twenty-foot-equivalent-unit (TEU) basis, the data shows 79% of Amazon’s volumes arrived at Los Angeles/Long Beach during the past month, and 78% of volumes came from China.

Can ocean carriers add even more capacity to ensure Asia-U.S. cargoes arrive in time? Not really. Almost all of the ships on the water that could be chartered by carriers have already been chartered.

It’s not just available container-ship slots that are in short supply. It’s the containers themselves. Container manufacturers are sold out until early 2021.

Last Friday, container-lessor Triton International (NYSE: TRTN) released data showing that the dry container depot lease inventory in Asia plunged by over 70% between June and September. Another dataset showed that the net pickup-to-drop-off activity has spiked in recent months.

So, freight rates are at record highs, despite unprecedented shipping capacity increases, and there’s little availability of additional ships or boxes. What could increase holiday-shipment risk even further? Answer: problems at the ports.

The McCown Report compiles data on loaded inbound containers to the top 10 U.S. ports. The trend line is rapidly ascending, driven by double-digit gains in September in Los Angeles and Long Beach, as well as in Savannah, Georgia.

On Monday, Maersk issued a customer advisory on the worsening situation at West Coast ports.

“We are continuing to see significant congestion, most notably in the port of Los Angeles/Long Beach,” said Maersk. “Unfortunately, this situation has deteriorated in recent weeks, where landside challenges include labor shortages, increasing terminal dwell times and limited trucking capacity and chassis availability, [which] have substantially impacted terminal fluidity.

“Terminals are under immense pressure to quickly process heightened import volumes in order to create enough space to receive the next vessel arrival. The high yard utilization and increasing terminal dwell times have created a bottleneck for ships entering the port, resulting in significant port congestion and compromised schedule reliability.

“Terminals are not able to get enough workers to keep pace with volume,” warned Maersk. “This scenario … is a concern.” Click for more FreightWaves/American Shipper articles by Greg Miller

A tribute to micro-innovations — FCW