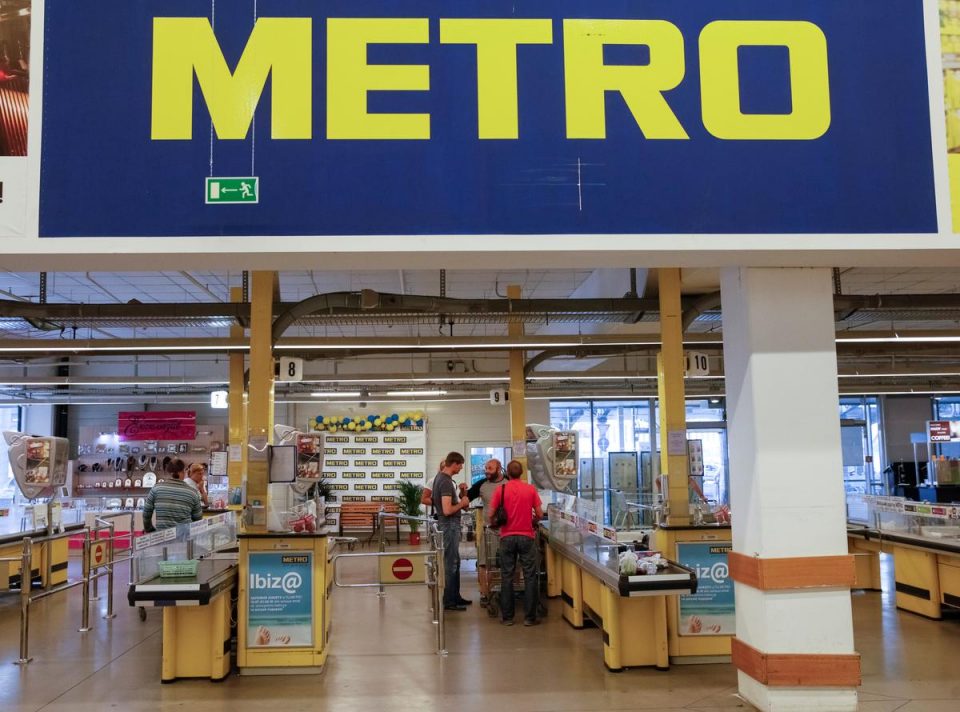 FILE PHOTO: Customers are seen at the cash desk of a Metro cash and carry store in Kiev, Ukraine, August 17, 2016. REUTERS/Valentyn Ogirenko

DUESSELDORF, Germany (Reuters) – A consortium seeking to buy German wholesaler Metro’s (B4B.DE) Real chain has beefed up its offer for the hypermarkets, property investor X+Bricks, one of the bidders in the group, said on Thursday.

Once a sprawling retail conglomerate, Metro has in recent years been restructuring to focus on its core cash-and-carry business, selling off the Kaufhof department stores and then splitting from consumer electronics group Ceconomy (CECG.DE).

A spokesman for X+Bricks declined to comment on the amount of the new offer for the chain, which has around 34,000 employees.

Metro said the consortium had registered its interest in Real again and signalled it would improve its offer.

Metro also said it aimed to complete talks with real estate investor Redos, which is leading another consortium seeking to buy Real, in the coming weeks.

A Redos spokesman said it took note of the new offer from the X+Bricks consortium and would continue negotiations.

Metro said it was entering a decisive phase in negotiations on Real, which has been struggling for years in a fiercely competitive German market dominated by discounters Aldi and Lidl, and was optimistic that it would reach a decision soon.

Walmart, CVS and Walgreens Must Pay $650M for Filling Prescriptions to Pill Mills in Opioid Crisis