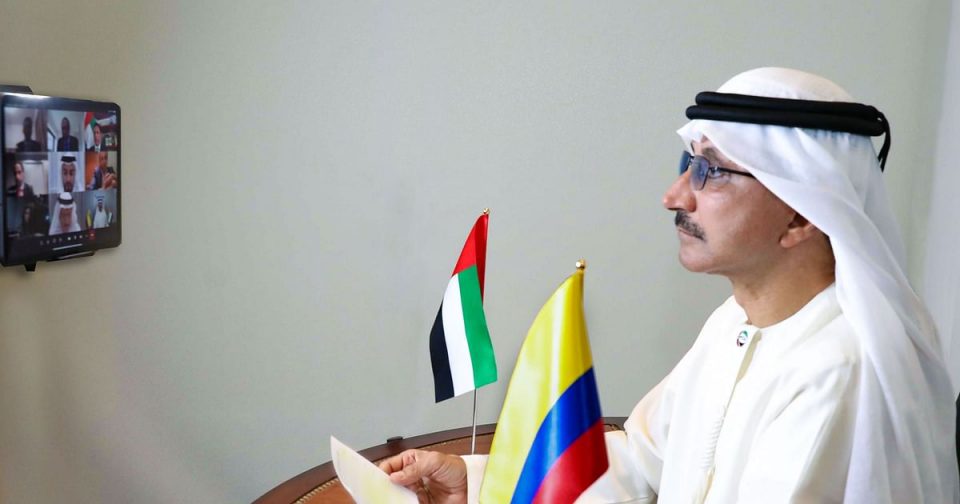 Colombia has joined the World Logistics Passport, a major Dubai initiative to link trading hubs around the world and boost South-South trade.

The World Logistics Passport has been created to overcome trade impediments, such as logistics inefficiencies that currently limit the growth of trade between developing markets.

South-South trade is already worth an estimated $4.28 trillion annually, more than half of the total exports of developing countries in 2018, according to the WTO.

However, many countries in Asia, Latin America and Africa have much smaller market shares in key export products in each other’s markets compared to their shares in developed countries, indicating the potential for substantial further growth. Africa accounts for less than 1% of Colombia’s $43 billion annual exports.

The benefits include cost and time savings and faster customs clearances. Member countries also share expertise to smooth trade flows around the world.

José Manuel Restrepo Abondano, Minister of Commerce, Industry and Tourism for Colombia said: “Joining the World Logistics Passport will translate into more investment opportunities, which will undoubtedly have an impact on the multi-modal logistics system and the country’s connectivity, which will allow us to continue benefiting from foreign markets.”

Sultan Ahmed bin Sulayem, Chairman of Dubai’s Ports, Customs and Free Zone Corporation said: “We are delighted Colombia has joined the World Logistics Passport because of its unique geographic location with port access to both the Atlantic and Pacific oceans, and its dynamic and open economy.

“Colombia is joining a global network of trading hubs that is being set up to support economic growth. The objective of this agreement is to further expand Colombia’s trade and I look forward to a fruitful collaboration.”

Can the shipping industry completely decarbonise?