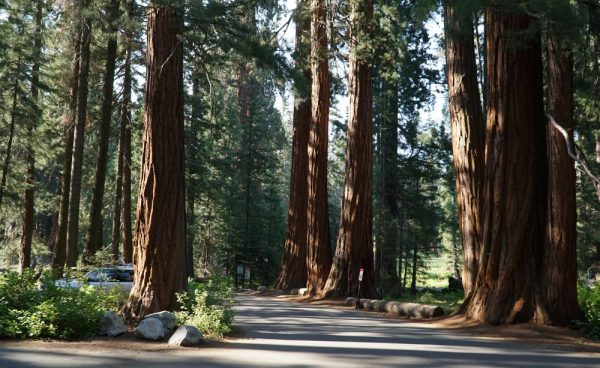 The effects of climate on our national parks are visible today, and the future of many of them remains uncertain.

The founding of Yellowstone National Park in 1872 marked a new focus on protecting wilderness.

People began moving west, and industries such as mining and timber destroyed delicate ecosystems throughout the region. Today, the National Park Service covers over 84 million acres in US states and territories.

Climate breakdown is a dire threat to national parks. Most of these areas were originally protected because they are more ecologically sensitive than other regions.

Many exist in areas of extreme heat or cold or contain wildlife, such as polar bears and wolves, that are endangered or threatened.

Humans are responsible for increasing carbon emissions and pollution and will play a key role in saving national parks.

Unless significant action is taken to mitigate greenhouse gas emissions, these protected places’ future is bleak.

According to a study published in Environmental Research Levels, national parks are warming at a disproportionate rate compared to the national average, sometimes twice as fast.

Researchers surveyed 417 national parks and forests, analyzing spatial climate data such as temperature and precipitation based on nearby weather stations.

Based on data between 1895 and 2010, the mean annual temperature of national parks has increased at twice the rate as the rest of the United States. Annual precipitation decreased by 12 percent during the same period, compared to a three percent national average.

National parks were created to protect areas of natural beauty. They are often found in the most vulnerable environments, including areas of extreme heat and cold, such as Death Valley in the northern Mojave Desert and Glacier National Park in Montana.

Melting in Glacier National Park is so severe that tourists have noticed the receding ice, prompting social media posts about visiting before the glaciers are gone. Based on future climatic calculations, many of these parks could lose the features they were created to protect.

Carbon emissions are causing record levels of sea ice melt in the Arctic, threatening the lives of endangered creatures such as polar bears.

Temperature and precipitation change are also hurting species in more arid climates. For example, Joshua trees are adapted to dry levels, but new seedlings are not. Scientists found few to no young trees present in the majority of the 800,000-acre Joshua Tree National Park.

New research has been paramount in exposing the disturbing trends of climate change on national parks.

The giant trees in Sequoia National Park, previously thought to be resilient to multiyear drought, are showing signs of stress due to the ongoing lack of moisture and precipitation.

Ecologically sensitive environments, such as those at a higher elevation, are more greatly affected by a warming atmosphere.

This includes areas such as Denali National Park and Kenai Fjords, both in Alaska, which contains 60 percent of national parkland.  As global temperatures continue to rise, these protected regions will be most affected.

When the national park system was founded, environmental lobbyists spoke of the wilderness when referencing areas undisturbed by European activity.

However, researchers have found that the concept of wilderness is more or less a myth. Indigenous peoples played a vital role in maintaining healthy ecosystems, helping maintain homeostasis without damaging the environment.

While the belief of wilderness is an effective conservation strategy, the impact of climate change on national parks demonstrates that no ecosystem on Earth is unaffected by human activity. People are responsible for keeping these beautiful areas thriving and healthy.

The disturbing trend of more severe weather patterns, including events like wildfires, has prompted the National Park Service to instigate more proactive risk management practices, such as training for how to handle natural disasters.

Park rangers and scientists at the NPS are working on adapting to an uncertain future, one in which ecosystems are altered and new land management techniques are implemented.

Climate change is impacting our national parks at a concerning rate. If the trend continues, some of our nation’s most beloved natural spaces may disappear in a matter of years.

Recognising the human role of climate change, even in areas where people are relatively absent, is essential to mitigating a warming planet’s effects on our most vulnerable ecosystems.

The Housing Market Is Fuelling Our Collective Climate Denial