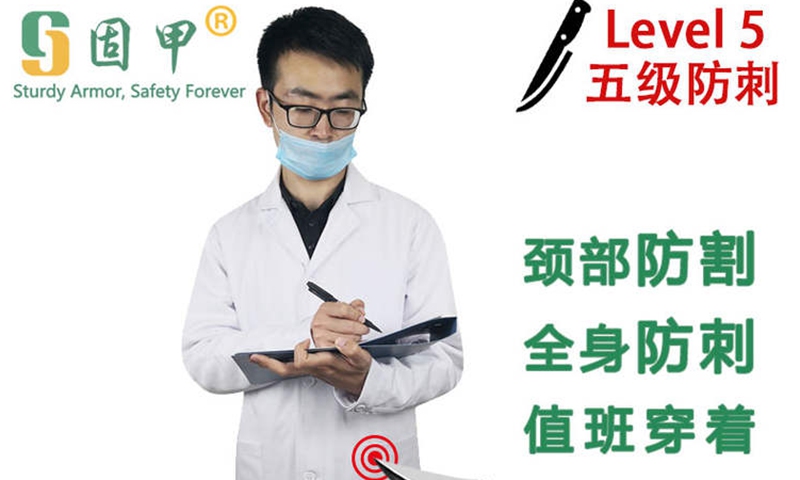 A Chinese company that claims to have developed uniforms for medical workers that can resist a knife attack, has triggered discussions over patient-doctor violence that has resulted in terrible injuries and horrific murders.

A traditional white “stab-resistant” doctor’s cloak costs as much 1,839 yuan ($269) on the Chinese e-commerce platform Taobao. An ordinary medical uniform is priced at less than 40 yuan on the same platform.

“If we had produced the product earlier, what happened to doctors Yang Wen and Tao Yong would not have happened… We can’t prevent the attacks from happening, but they can reduce injuries,” reads the promoting materials.

Yang Wen, a doctor at the Civil Aviation General Hospital in Beijing, died on December 25, 2019, after being slashed in the neck by a patient’s family member. The attacker Sun Wenbin has been sentenced to death on January 16.

Tao Yong, an ophthalmologist at the Chaoyang Hospital in Beijing was stabbed in his head and arms on January 20 by a 36-year-old man, who was unsatisfied with the results of his surgery. The man also attacked and injured three other people.

The uniforms can protect medical staff from “cut to the neck and stabs over the whole body,” claims the Taobao vendor’s promotional material. The products are produced by Shanghai-based Shanghai Sturdy Armor New Material, which started selling them in May, according to a Sturdy Armor employee surnamed Ma.

While Ma wouldn’t provide the company’s sales figures, the Taobao vendor’s shop shows it sold 104 of the uniforms over the past month.

Ma said the company is in talks with some medial institutes. The company also donated their uniforms to some medial workers after a patient attacked doctors in June at a hospital in Zhengzhou, Central China’s Henan Province.

Some Chinese netizens said they would buy the uniforms for their doctor friends, while some others suggested the company is exaggerating the danger facing doctors in order to promote their products.

“It is hospital management not uniforms that will protect medical workers,” Li Qing, an expert from the Chinese Association for Life Care told the news outlet thepaper.cn.

Many hospitals across China set up security checkpoints this year after continuous reports of attacks against medical workers in hospitals in 2019. Hospitals in Nanning, capital of South China’s Guangxi Zhuang Autonomous Region, were reportedly the first to do so. Provincial-level hospitals in the city were required to install metal detectors and security checks.

China’s top legislature in December 2019 passed a law to improve medical and health care, including protecting the safety of medical personnel. The new law took take effect on June 1.

The fault in the supply chain

Industry backlash against BBMP testing of factory workers for Covid-19