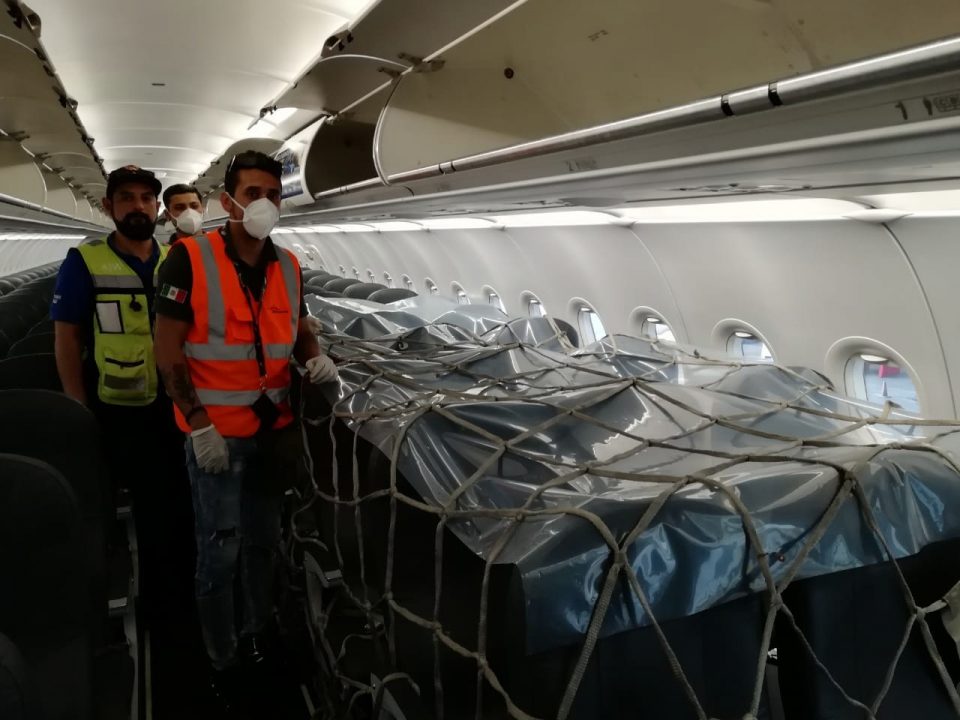 The Civil Aviation Administration of China (CAAC) announced that it will end «passenger to cargo» flights and that cabins will now be limited to carrying «anti-epidemic» items. Market insiders forecast that the new regulations will further reduce capacity by pushing up already high international air cargo rates.

The Chinese regulator announced that from January 1, 2022, passenger cabins will only be allowed to carry items that are used «to fight the pandemic,» without specifying further. The new regulation will also prohibit the removal of cabin seats to increase cargo space. During the pandemic, this practice has been widely used: because of the hundreds of passenger planes in storage waiting for international travel demand to return, airlines began removing seats from the passenger cabin and using this space as additional cargo capacity. Since the passenger cabin floor is not designed to support the forces of cargo transportation in the same way as the hold, it is generally used for low-density cargo such as face masks, protective gear, or e-commerce products.

The Global Times notes that the new measures only apply, for the time being, to Chinese domestic airlines. Foreign airlines have not yet received any guidelines.

The CAAC says the implementation of the new regulations is mainly due to «safety considerations», with the risk of fire being of particular concern. Modern aircraft have advanced fire detection and suppression systems installed in the cargo hold, something that passenger cabins do not have. As a result, items carried in the cabin usually need to be supervised by crew members.

An impact on fares is almost inevitable

According to industry analysts, this move could push up the already inflated price of air freight. The Global Times highlights three examples that clearly demonstrate the state of the current market: routes between Hong Kong and North America, Hong Kong and Europe, and Frankfurt and North America have seen cargo rates rise 106.9%, 65.4%, and 90.6% respectively when comparing June 2021 and 2019. China Southern Airlines noted that the price per kilogram from Guangzhou in southern China to Los Angeles was $15.2, «much higher than before COVID-19».

Customers of major airlines operating in China say that since August » many airlines have engaged in unfair practices in an attempt to increase their fares by as much as five times». While forwarders acknowledge that price increases and additional surcharges «are reasonable in the current market», they remain far less supportive of certain practices carried out by carriers.

«Major customers enter into Block Space Agreements (a contract whereby they acquire cargo space to use for a certain period of time, which gives predictability to both the carrier’s and forwarder’s business. However, these contracts usually mean that forwarders lose money during the low season, as they have more contracted capacity than necessary, which they then recover during the high season,» Christos Spyrou, founder of Neutral Air Partner, explained to The Load Star.  «However,» Spyrou added, » carriers get around these contracts by canceling their scheduled flights and loading another one with the same origin and destination but different flight number». The executive points out that the airlines thus cover themselves from any accusations of contract violation. And he adds that «as forwarders need to transport their products, they have to book space on this new flight»/ However, the freight now «instead of costing $5 per kilo it costs $15», Spyrou noted.

The other practice airlines are implementing is delaying flights. Because «rates change weekly, some carriers cancel a flight that was to take place on a weekend and put it in its place on a Tuesday, updating the price to that week’s rates,» Spyrou said. «This is not a normal price increase but a hidden price increase. » While the executive did not mention airlines, in particular, he noted that this practice is «normal» among Middle Eastern and Asian carriers.

Gefco loads up B787 for Covid-19 charter flight