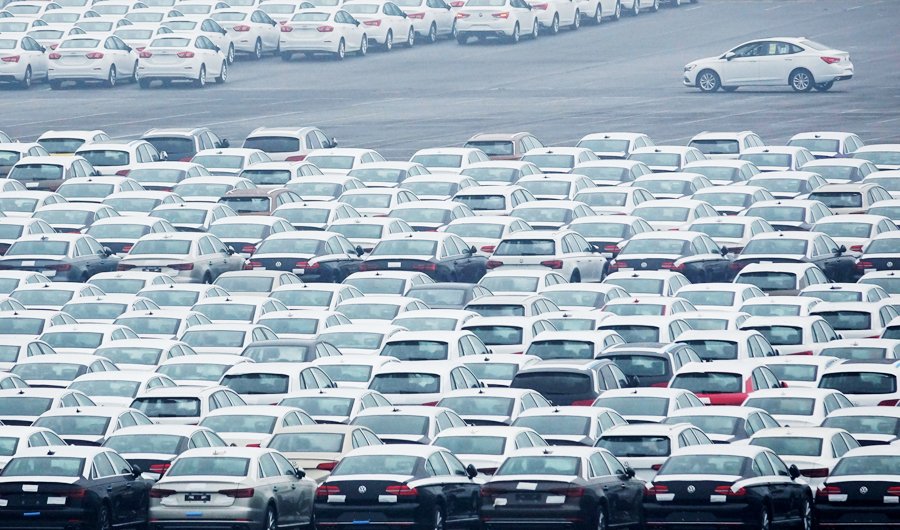 TOKYO: Britain says the post-Brexit trade deal signed with Japan on Friday “secures major wins that would be impossible as part of the EU”, though its substance is largely similar to the current EU-Japan accord.

Britain hopes the agreement will boost trade with Japan by around $20 billion when it comes into force in January after being ratified by lawmakers in both countries.
Here are four things to know about the bilateral deal: When the deal was announced last month, Britain said it meant around 99 percent of its exports to Japan would be tariff-free.
Under the current EU-Japan trade agreement, in place since February 2019, the vast majority of custom duties are also absent.
The European Union says that under its deal, the bloc’s meat exports to Japan increased by 12 percent, while electrical machinery exports were boosted by 16.4 percent.
“In terms of market access, we have maintained Japan’s high level access to the UK market as under the Japan-EU deal,” Japan’s Foreign Minister Toshimitsu Motegi said on Friday.
“And for some products such as train cars and autoparts, we have improved access.”
The Japan-UK deal has a particular focus on exports in the food and drink, finance and tech sectors, and aims to reduce red tape for British pork, beef and salmon farmers.
It also includes brand protection for British goods, including English sparkling wine, Yorkshire Wensleydale cheese and Welsh lamb.
In return, the UK government says consumers will be able to buy “cheaper, high-quality Japanese goods — from udon noodles to Bluefin tuna and Kobe beef.”

There are currently 241 British businesses in the agriculture and food sector who import from Japan, and 693 who export goods to Japan.

There are currently 241 British businesses in the agriculture and food sector who import from Japan, and 693 who export goods to Japan, the UK government says.
But unlike the Japan-EU deal, this agreement lacks quotas for agricultural exports like cheese, according to the Financial Times, and instead allows Britain to use any such quotas left over by the EU.
The deal includes new provisions on digital trade that aim to ease the flow of data, among other changes.
“This deal doesn’t just preserve existing benefits, but it strikes out in services like digital and data, where the UK and Japan both have strengths, and hope to collaborate in future,” said Britain’s International Trade Secretary Liz Truss.
The UK hopes the deal will help its companies that supply services — from financial to telecoms and transport — gain access to the Japanese market.
While some analysts have cast doubt on how much difference the new digital provisions will make, British businesses have welcomed the agreement.
Carolyn Fairbairn, director-general of the Confederation of British Industry, called it a “breakthrough moment”.
Japan accounted for around just two percent of Britain’s trade last year, government statistics show — roughly the same as Norway.
But the deal could act as a bridge for the UK to join the Comprehensive and Progressive Agreement for Trans-Pacific Partnership, also known as TPP-11 — a free-trade deal between 11 countries including Japan, Canada, Mexico, Vietnam and Australia.
It was previously known as the Trans-Pacific Partnership (TPP) and had been slated to be the world’s largest trade pact before the United States withdrew in 2017, blocking its ratification.
Truss said the deal “paves the way” for Britain to join the partnership — but this is likely to be a complex manoeuvre that will take years.