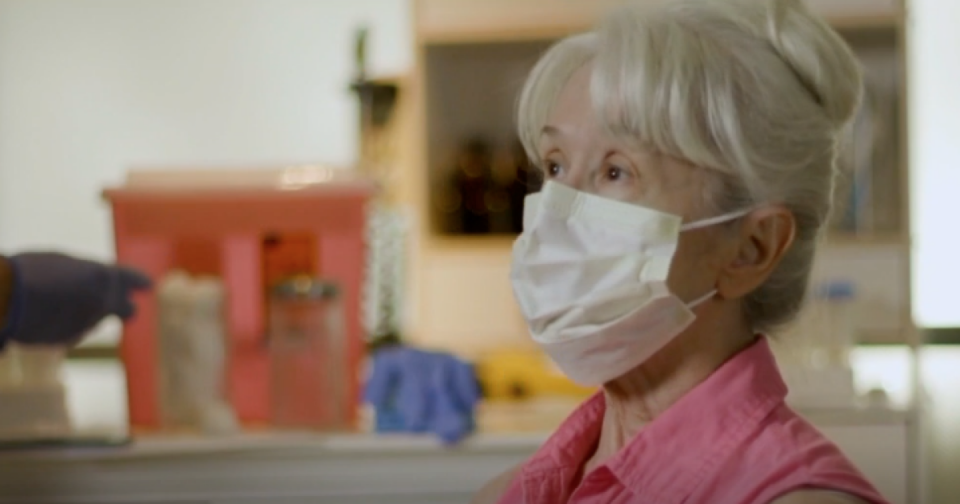 CHESTERFIELD, Va. –Taylor Whitelow has growing concerns, as he searches for a way to get his Chesterfield County mother the Covid-19 vaccine.

“My mom, she’s close to 70, preexisting conditions,” Whitelow said. “It’s me and my mom basically and we don’t go anywhere indoors with other people that are outside of our household.”

Virginia has rolled out vaccines to groups listed under phase 1b (https://www.vdh.virginia.gov/content/uploads/sites/191/2021/01/Phase-1b-In-Depth.pdf), which includes first responders, teachers, people living in homeless shelters or correctional centers and some essential workers.

People 65-years and older, and those with high-risk medical conditions, are included in that phase but not listed as a priority group. State health leaders said Virginia is getting fewer vaccine doses than the federal government promised, when they included those 65 and over in phase 1b.

3.13. “It’s not only we’re antsy, it’s kind of frustrating when you see places that aren’t even in our way that can get the vaccine more easily than we are,” Whitelow said.

Whitelow joins others in Chesterfield County with the frustration (https://www.wtvr.com/problem-solvers/i-feel-like-chesterfield-is-being-left-out-woman-says-about-vaccine-rollout) and said in the last week, he’s followed instructions from the Virginia Department of Health, as they insist those 65 and older, reach out to primary care doctors or the Chesterfield County Health Department, but said they’ve run into dead ends with both.

“Basically, every time that we call Chesterfield, Department of Health, we’ve been on hold, or haven’t had our calls returned back,” Whitelow said. “My primary care doctor, Dr. Hartman, has actually been really communicative with us, but obviously they’ve been in an holding pattern too.”

Viewers from Henrico also reached out to CBS 6 Problem Solvers and said they have been having similar issues in thier area. State health leaders say right now the issue lies with vaccine shortages. They’re asking those interested in getting a vaccine, to fill out forms on the VDH website and have patience. (https://vdh.jebbit.com/amkwk6m1?L=Owned+Web&JC=Vaccine)

In the meantime, Whitelow just hopes his mom can get hers soon.

“At this point now, I think all of us want to just get the vaccine, do what we need to do, and get back to normal life at this point,” Whitelow said.