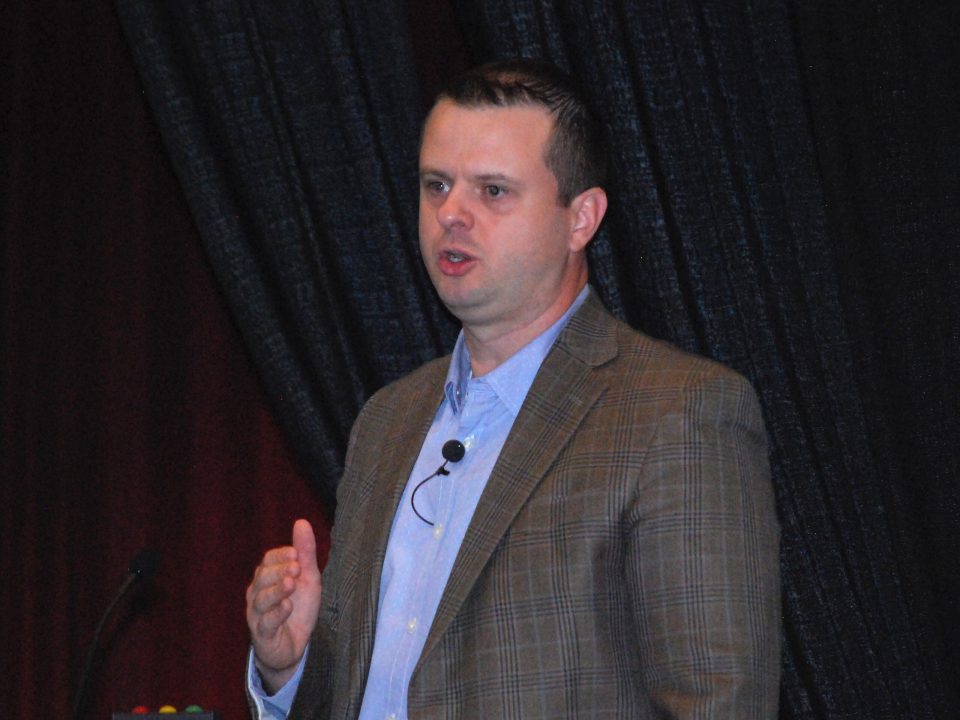 “Cyber intrusions and attacks are increasing, but there’s still a disconnect between those in the field who know they threats they face and the executives who are still unaware,” said Jason Hunt, senior manager, Advisory Risk and Resilience, Deloitte

As always, process control and automation can enable game-changing efficiencies and performance gains. The extra task now is making sure those systems and their software are running securely—even though many business leader don’t understand the danger.

“Cyber intrusions and attacks are increasing, but there’s still a disconnect between those in the field who know they threats they face and the executives who are still unaware,” said Jason Hunt, senior manager, Advisory Risk and Resilience, Deloitte.

Hunt previewed the results of a new survey, “Securing operational technology (OT) environments,” which polled 600 manufacturing executives, and will be released shortly by Deloitte and the Manufacturing Alliance for Productivity and Innovation (MAPI). Almost half of the respondents said operational risk was the top issue they need to address. Meanwhile, 55% said they were aware and involved with their OT security program, another 15% said they were aware but not involved, 20% were unaware of it, and 9% didn’t know. Meanwhile, less than 40% reported having internal capabilities to detect and respond to cyber incidents.

“We’ve spent the past several years helping big organizations break down what’s working for them on cybersecurity and what isn’t, but now we’re all learning that everyone must be brought to the table on cybersecurity. This isn’t about one group doing a land grab on another. It’s about everyone joining and collaborating, so no one ends up on the front page of the Wall Street Journal as the latest company to have a major cyber incident.”

Hunt was joined by three end users, who detailed the progress of their upgrade projects during the Chemical Industry Forum this week at Automation Fair 2019 in Chicago

Securing the OT side

Hunt added that Deloitte’s report identifies six initiatives that should be undertaken to secure OT technology. They include:

Leading off for the Chemical Forum’s end users, Matt Boudjouk, senior engineering program leader at Ecolab, reported that his company operates more than 130 plants worldwide that until recently had no standardized automation or shared knowledge.

“We had lots of one-off projects with basically every plant operating as its own company. The question was, why be a big company if we weren’t sharing knowledge?” said Boudjouk. “In our search for a global partner, we conducted a worldwide survey about automation system options, identified Rockwell Automation as the clear choice, and created an internal automation specification group to decide on common PLCs, HMIs, etc.”

Thanks to its standardization efforts, Boudjouk reported that EcoLab has:

“We needed to execute this project onsite, switch out controls, implement the new design, test it, rip out the old systems, and add the rest of the new components while our processes were running,” said Rob Struijs, operations director at Synres. “Fortunately, we’ve already replaced the first half of our controls, and did it in about seven days. In 2020, we’ll replace the second half.”

Likewise, Luis Favaro, senior automation engineer at CPKelco in Brazil, reported that his company recently built a greenfield plant in Matão, Sao Paulo state, which is drying orange peels into a raw material that pectin manufacturers in Europe can use in the off season. To optimize its many Powerflex 750 variable frequency drives (VFDs), Favaro reported that he and his colleagues deployed PlantPAx, which enabled them to create and use HMI faceplates for managing the VFDs more easily.

“Having standard, usable faceplates and global objects makes it easier for operators to change specifications and show trend information,” added Favaro. “Our maintenance people love PlantPAx, too, because they can readily see instructions, faults, alerts and alarms.”

The editors of Control are on-site at Automation Fair 2019 to bring you breaking news, innovations and insights from the event. Once the event is over, they will put together a report featuring the top news. Pre-order your copy today.

How AI and advanced analytics have begun transforming M&As