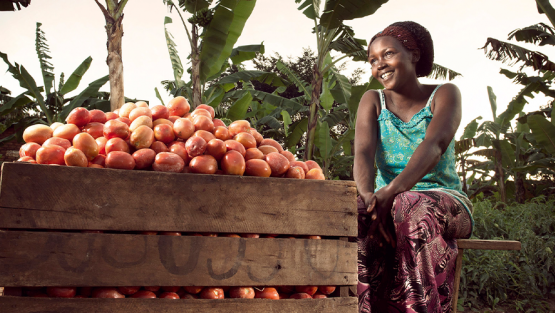 The COVID-19 pandemic has impacted the lives and health of millions of people, and will have long-term economic and social effects globally. The latest World Bank global economy forecast shows that GDP projections have been revised downward and governments around the world are facing serious challenges in their efforts to reduce poverty and create jobs. The International Labor Organization estimates that the equivalent of 400 million full-time jobs were lost in the second quarter of 2020, with the World Bank projecting 71 million additional people falling into extreme poverty.

In the worst financial crises since the mid-nineteenth century, it took an average of eight years for per capita GDP to return to the pre-crisis level. Now that we are in a global crisis and subsequently a recession decade, one can understand the importance of public procurement as a public administration tool not only to purchase the needed goods and services, but also, and in a more broader angle, as a vehicle for poverty alleviation and jobs creation.

The use of public procurement for other socio-economic “horizontal” polices is not a new phenomenon. It can be tracked to the Great Depression where the Buy American Act of 1933 required Federal agencies to procure domestic materials and products to support local industries. Another example the is the 1953 Small Business Administration, which includes using public procurement to help Americans start, build and grow businesses. On an international scale, the United Nations 2030 Agenda for Sustainable Development and Sustainable Development Goals (SDGs) were developed to address global challenges and help achieve a better and more sustainable future for everyone. The SDGs have been one of the key drivers for promoting sustainable public procurement. In fact, two out of the 17 SDGs – SDGs 12.7 and 16.6 – specifically target public procurement.

Many countries in Africa use procurement as a vehicle to implement other horizontal polices and go beyond simple domestic preferences. Those policies can vary from labor and equality, industrial development and economic growth, in addition to social concerns such as poverty alleviation and wealth distribution. However, there is a need to establish good monitoring systems to ensure the transparency and fairness of the application of these polices in reaching targeted beneficiaries.

Specific examples on how public procurement integrated socio-economic empowerment policies can be seen in Kenya, where affirmative action has been implemented, through Article 227 (2) (a) and (b) of the constitution, to mainstream gender and youth in public procurement and champion the socio-economic empowerment of disadvantaged individuals. The country has identified youth, women, and individuals with disabilities as persons or groups who were previously disadvantaged. This was introduced through statute policy that requires all procuring entities to allocate 30 percent of their total procurement to be spent on these groups.

The Buy Uganda Build Uganda (BUBU) policy, approved by the Cabinet in 2014, which aims to foster economic development – public procurement contributed to the implementation of this policy. The Public Procurement and Disposal of Public Assets Authority (PPDA) in Uganda reviewed the existing legal framework (the PPDA Act, 2003). These guidelines were issued to strengthen the implementation of the Preference and Reservation schemes. For World Bank’s operation, the Procurement Guidelines require universal eligibility and thus such preferential treatment will not be applied until the Bank assess the adequacy and fairness of the proposed approach.

Through the Zambia Road Development Agency (RDA), efforts are being under large contracts to sub-contract to small and medium contractors. RDA encourages firms and companies with contracts above K30 million (US$ 1.50 million) to sub-contract 20 percent of the work (by value) to small and medium scale citizen enterprises. With this policy, RDA hopes to: i) empower local companies and firms, ii) create jobs for Zambian citizens, and iii) build sustainable local contracting capacity. Typically, it is expected that for contracts below K30million, small and medium companies may compete favorably and win contracts because they have capacity to do so.

Obtaining value for money might be the primary objective of a public procurement system, however procurement can play a critical role in implementing other socio-economic polices, which in the past have often been dismissed or ignored. The examples above show how through public procurement policy, governments can have a positive impact on millions of people. And, when governments around the world face budget constraints, especially during recession, one way to combat the corrosive economic effects of such constraints is to use public procurement strategically to target growth and job creation.