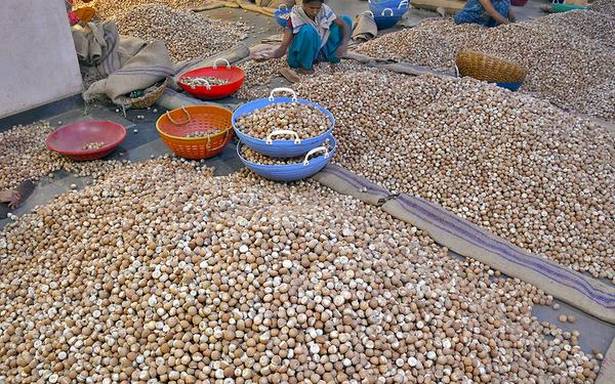 Central Arecanut and Cocoa Marketing and Processing Cooperative (CAMPCO) Ltd. has stepped up procuring arecanut stocks from the doorsteps of its member-farmers on an experimental basis, according to president of the cooperative S.R. Satishchandra. It purchased about 5,000 quintals from the houses of 200 farmers in Vitla and Puttur areas recently, he said.

He told The Hindu that many farmers are facing the issue of lack of farm workers to pack, load and transport the produce to the nearest procurement centres. Such farmers, of which some are aged above 60, who have related issues, have called the cooperative asking whether it was possible to collect their produce. Hence, the cooperative has stepped up its procurement.

Sources in the cooperative said that earlier CAMPCO lifted produce from the doorsteps of farmers if the quantity of the produce was huge.

Its focus was only on purchasing bulk quantity; for example, if the produce was more than 10 bags.

He said that now the cooperative is yet to fix the minimum quantity if the produce was to be lifted from the doorsteps of farmers. Since it has increased the quantity of purchase only on an experimental basis, nothing has been finalised, he said.

General secretary, All India Areca Growers Association, Puttur, Mahesh Puchchappady, said that if the quantity is very less, initially, CAMPCO can purchase the produce from the doorsteps and make the payment to farmers on the spot and keep the produce in houses itself after sealing the bags. It can transport the produce fro- m an area at one go, may be, once or twice a week. It could save transportation cost, he added.