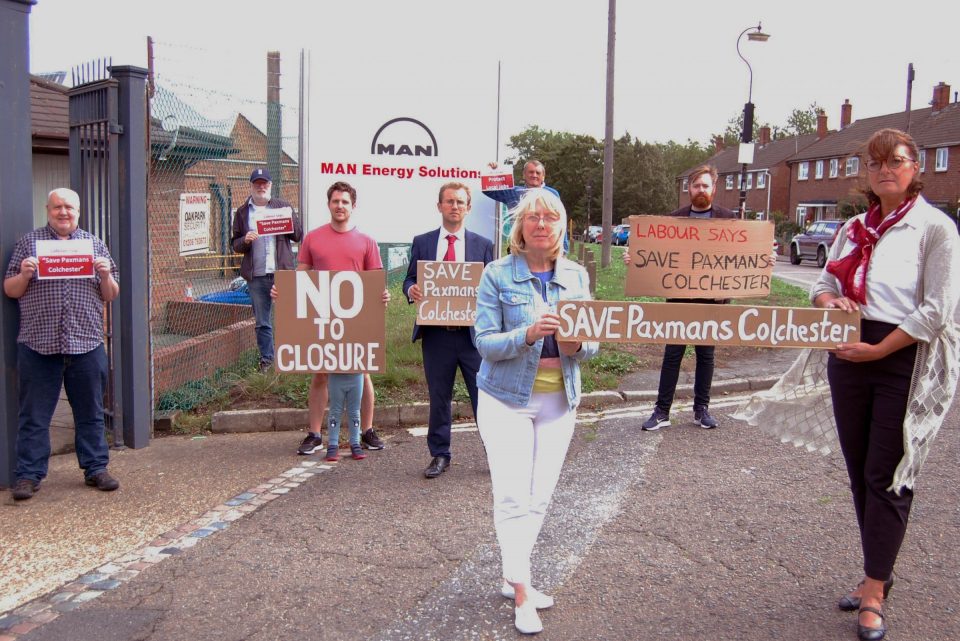 COLCHESTER’S historic Paxman manufacturing facility should remain in use as an industrial site after the factory closes, it has been claimed.

Engine producer MAN Energy Solutions has announced it will close its Hythe Hill factory in the coming months with as many as 80 staff set to lose their jobs.

The factory, which produced the VP185 engine for the British Navy, dates back more than 150 years and was home to Paxman Diesels, one of the best known industrial firms in the town’s history.

Tina Bourne is leader of Colchester Labour Group which launched an ultimately unsuccessful campaign to try to save the factory.

She said the closure was “extremely sad news” for Colchester but attention must now shift to what would happens next to the site.

“We will be interested to see when it is closed what the plans are for the site,” Mrs Bourne said.

“It is a large site and too important a site in the town to have empty.

“We are really keen not to lose our capacity to attract manufacturing firms in Colchester.

“This is a good site for manufacturing and we are really short of them in the town.

“We would like to see someone come in, perhaps a green manufacturing firm, and take it on.”

Mrs Bourne added losing the factory, one of the last remaining remnants of Colchester’s industrial heritage, was a huge blow to the town.

“People might think it is just 80 jobs, but places like Paxman are what binds people and communities together,” she said.

“Everyone across the town knows about Paxman and everything it represents.”

Colchester MP Will Quince said it was “very sad news” the town was losing one of its oldest manufacturers.

He said: “I wrote to and met with the company to explore ways in which they could retain the business locally but sadly there were no options.

“A combination of losing out on a large Government contract to Rolls Royce, the decline in diesel engine sales and the impact of the pandemic on the shipping industry has led to this regrettable decision by the company.”

He added: “My office stands ready to help support anyone affected.”

Man Energy Solutions has not announced a date for when the factory closes and said it would try to save as many jobs as possible.

The China – EU rail network and the US election

How NebulARC Is Using AI To Automate The Supply Chain Management

Additional 3D AOI machine for Factory of The Future E.D.&A.

Investigators working to determine cause of Granger factory fire – WSBT-TV