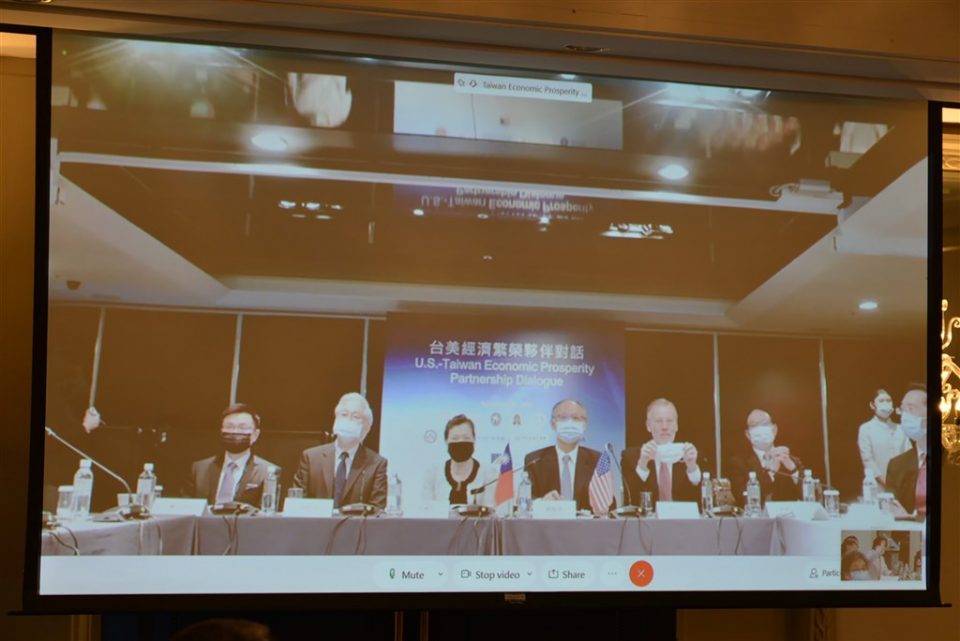 Taiwan and the U.S. held their first talks under the new dialogue in Washington D.C. on Friday.

It drew much attention in Taiwan for its confirmation that “strategic cooperation on the semiconductor industry is a mutual priority given its potential to generate significant, long-term benefits for both economies.”

Li Yu-chia (李育家), chairman of the National Association of Small and Medium Enterprise, said the reference showed that Taiwan’s semiconductor industry is not only vital to the domestic economy, but also a major asset to the U.S., and could spur bilateral cooperation in other industries.

In addition to attracting U.S. engineering talent, the companies could also get involved in the development of defense technologies, an industry in which the U.S. is a global leader, Yang said.

Others, however, argued that the non-binding MOU and the largely aspirational commitments would produce few tangible benefits.

“If the U.S. really wants to help Taiwan, it should sign a bilateral trade or investment agreement,” said Lin Por-fong (林伯豐), chairman of the Chinese National Association of Industry and Commerce.

On the political side, former Kuomintang (KMT) Chairman Eric Chu (朱立倫) said that while “any progress in the bilateral relationship is a good thing,” the government should also avoid using the dialogue to “score political points.”

Economic talks conducted with the State Department are not the same as trade negotiations with the U.S. Trade Representative’s Office, Chu said, adding that without achieving trade objectives, the significance of the dialogue is mainly political.

The government pushed back on that argument, however, stating that the EPP Dialogue was never intended to touch on trade issues, which are handled through the U.S.-Taiwan Trade and Investment Framework Agreement (TIFA).

On that issue, Foreign Minister Joseph Wu (吳釗燮) said, some 50 U.S. senators recently wrote to the U.S. Trade Representative’s Office to call for the beginning of negotiations on a trade agreement with Taiwan.

The discussion of a BTA stems from the recent decision by Taiwan’s government to lift a ban on U.S. pork imports containing the controversial leanness-enhancing feed additive ractopamine, removing what the U.S. had long cited as an obstacle to beginning bilateral trade talks.

What Do The Returns On Capital At Fridenson Logistic Services (TLV:FRDN) Tell Us? – Simply Wall St News