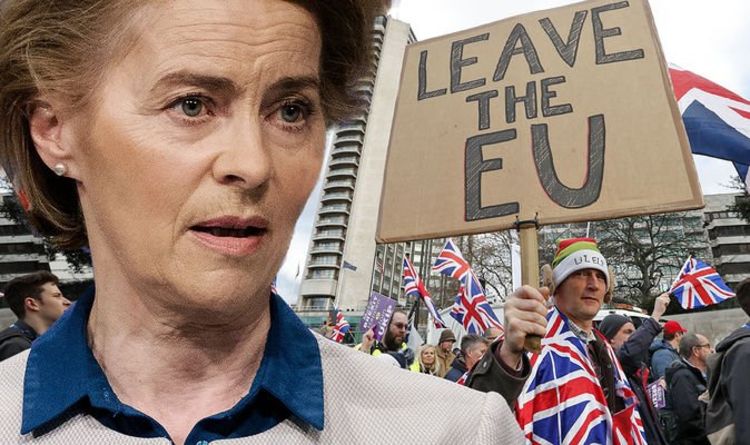 Professor Anand Menon, Director of the UK in a Changing Europe initiative, said the European Union has already conceded there will not be an extension to the transition period beyond December 31 and will begin preparations for a no deal outcome. Boris Johnson’s Brexit negotiator David Frost and his EU counterpart Michel Barnier failed to make a breakthrough following the third round of heated negotiations last week.

Outstanding issues over trade, laws and fishing remained on the table and there is now just one round of talks to go, before both sides must decide whether to extend the negotiations for up to two years.

One of the major stumbling blocks to any deal remains the EU’s insistence on a level playing field and the UK continuing to abide by Brussels’ rules and regulations – something Downing Street has insisted it cannot accept.

Anand Menon, Professor of European Politics and Foreign Affairs at Kings College London, predicts there will be some concessions on both sides before the deadline but not enough to strike an agreement.

The former special adviser to the House of Lords EU committee, stated fishing could be one of the areas in which a concession is made by both sides, but overriding issues will remain and result in a deadlock.

He told Express.co.uk: “I think both sides will need to compromise, though I can’t see that happening.

“The EU won’t move on level playing field I don’t think, and I’m not sure the Government can.

“I think there may be a chance for some concessions on fish, but not sure that will be enough.

“I think the EU is already assuming there will be no extension and starting to prepare for no deal.”

The latest round of talks between Mr Frost and Mr Barnier ended with the UK’s Brexit negotiator issuing a four-page letter to Brussels.

Mr Frost accused the bloc of offering the UK a “low-quality trade agreement” which would leave the UK bound by EU laws and regulations.

Mr Frost also hit out at Brussels for slowing down the progress of talks by continuing to put up a number of “unprecedented provisions” to any deal.

“We find it perplexing that the EU, instead of seeking to settle rapidly a high-quality set of agreements with a close economic partner, is instead insisting on additional, unbalanced, and unprecedented provisions in a range of areas, as a precondition for agreement between us.”

Mr Frost also added the EU’s proposals would “bind this country to EU law or standards” and diminish British sovereignty.

He added: “You must see that this is simply not a provision any democratic country could sign, since it would mean that the British people could not decide our own rules to support our own industries in our own Parliament.”

In response Mr Barnier welcomed the draft legal texts but insisted “we must make tangible progress across all areas”.